The Mayweather-McGregor megafight circus act freak show has officially invaded the sportsbook. Oddsmakers are pumping out prop bets at a crazy rate – and you can be damn sure there’ll be a ton more to follow in the coming weeks.

Today, we’re looking at the boxing odds at BookMaker.eu and picking out some notable prop bets that deserve your attention. Some of these might sound ridiculous, but prop bets are tradition when it comes to huge events.

Take the 2017 Super Bowl for example. You could literally bet on what color Lady Gaga’s hair would be for her halftime show. Or how many times the word “Trump” would be said on TV during broadcast. Hell, even Gisele Bundchen’s TV appearances was a wager you could make.

When Mayweather fought Pacquiao in 2015, prop bets included whether Bieber would wear sunglasses during the walkout, whether 50 Cent would walk out with Mayweather and how long Jamie Foxx’s national anthem would go. Fun stuff, huh?

So without further ado, let’s jump right into a few eye-catching prop bets you can already make now in anticipation of the August 25 matchup.

Will Conor McGregor do the “Billionaire Strut” during his walkout?

Feast your eyes on the “Billionaire Strut”:

McGregor busted this out before his UFC 202 rematch with Nate Diaz. NBA, NFL and international soccer stars soon followed suit. Nevermind that it was actually invented by WWE CEO Vince McMahon – Mystic Mac swag-ified it it level 100 real quick and made it his own.

Oddsmakers are obviously expecting to see it again based on these odds. Because seriously, how do you top it? Unless McGregor moonwalks the hundred or so yards to the ring, the Billionaire Strut cannot be beaten.

How many times will Conor McGregor bring up Floyd Mayweather’s domestic assault in social media before August 26?

Mayweather’s got a long history of domestic assault. It’s a fact that a lot of fans tend to overlook, but fellow fighters have had no problems bringing it up. Most notably, Rousey delivered an epic burn after winning ESPY’s Fighter of the Year Award over Mayweather in 2015. 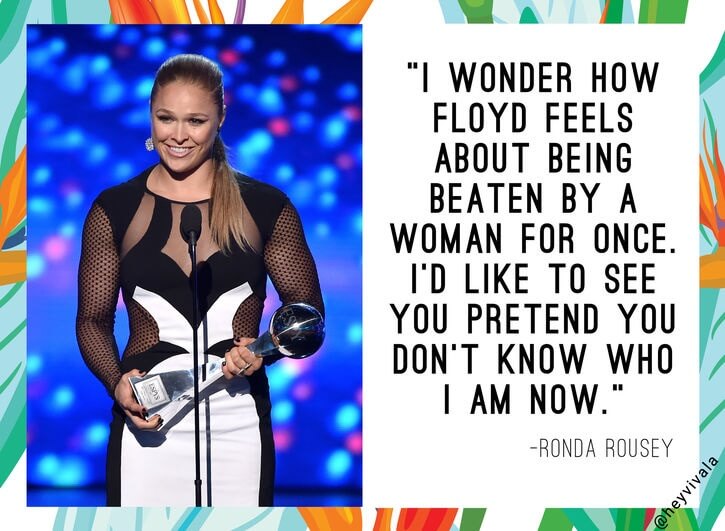 It’s low-hanging fruit for a trash talker of McGregor’s caliber for sure, but that doesn’t mean it’s any less juicy. If the Irishman can diss Nate Diaz for teaching Brazilian jiu-jitsu to low-income kids, Floyd’s checkered past with the ladies is probably going to come up at some point to McGregor’s Instagram audience of 14 million.

You know how you know a fight’s big? When you can bet on it being the biggest fight of all time. Mayweather-Pacquiao set the PPV buy record, but oddsmakers are giving nearly 3-1 odds that this clash vaults past that. Honestly, would you be surprised if it broke the 5 million mark? Both guys are masters of promoting a fight, and you can expect plenty of crazy shit to go down between now and August 26.

Yeah, you’re seeing this right. Despite being an absolute sniper in the octagon, oddsmakers are setting McGregor’s punch total at 20! Over 12 rounds, that’s less than two punches landed per frame. This is a serious reminder that McGregor has never boxed professionally, and he’s facing arguably the best defensive wizard in the sport’s history. But

Will Conor McGregor be disqualified during fight?

If Mystic Mac does get DQ’d in this fight, it won’t be because he doesn’t know the rules. It’s because he’ll be getting styled on so hard he decides to go out on his terms. That might be the best thing we can hope for. How would DQ himself? With a kick upside Mayweather’s head? Maybe he’d shoot for a double leg and literally tackle a guy that’s never had to train takedown defense. My money would be on knees in the clinch.

Will either fighter test positive for performance-enhancing drugs?

Not happening. Not only would both men be forfeiting humongous paydays, but neither could wipe off the permanent shitstain on their careers if they popped hot. USADA is likely going Stage 5 Clinger for a fight of this magnitude – you’d have to be serious idiot to try some funny stuff under this kind of microscope. Mayweather and McGregor might be a lot of things, but they’re not dumb.

Check out the latest McGregor versus Mayweather fight odds.