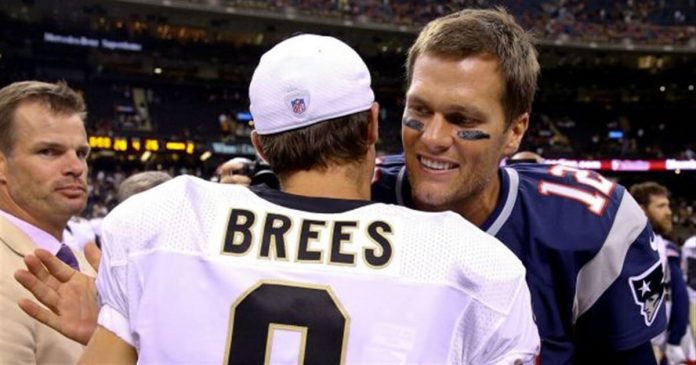 The passing title is one that hasn’t meant much in the history of the NFL. Generally, if you’re chucking the ball all over the yard enough to ultimately throw for well over 4,000 yards, you aren’t on a team good enough to win the Super Bowl.

The Case for Drew Brees

That’s been the case for Drew Brees a lot lately. Brees has won three straight passing titles, throwing for 4,952, 4,870 and 5,208 yards over the course of the last three seasons. It’s certainly not a stretch to think that Brees can do this again, especially since he has stayed relatively healthy throughout his career and has finished with the most passing yards in the league a record seven times.

That said, there’s a reason why Brees is only set at +300 and isn’t a more overwhelming favorite to capture the passing title this year.

For one, Tom Brady is scheduled to play in all 16 games this year instead of just the 12 he played in 2016. Brady still wouldn’t have led the NFL in passing had he played in all 16 games, but he probably would have come close. The future Hall of Famer was on a pace for 4,739 yards over a 16-game season. Brady is the second choice at +500 and is certainly logical.

It’s also logical to think that Matt Ryan to get to the passing championship at some point in the not distant future. He’s never done it in his career in spite of the fact that he already has nearly 40,000 yards under his belt, including six straight seasons with at least 4,100 yards through the air. Matty Ice is another one of these quarterbacks who has rarely missed games due to injury, and he’s coming off of a year in which he averaged a stunning 9.3 yards per pass attempt. A price of 8 to 1 might be worth backing.

It’s strange to think that Aaron Rodgers has never led the NFL in passing yards in a season before. He threw for 4,428 yards last season in a year which he had absolutely no help from his running game. That makes us believe that he’s really never going to be that 5,000-yard type of guy in spite of the fact that it feels like he throws the ball 40 times in every game he plays. At +1000, Rodgers might present the least value on the board.

Looking for the most value? Give Philip Rivers some run at 20 to 1. Rivers has had no luck keeping his wide receivers healthy over the course of the last few seasons, yet he’s still throw for at least 4,200 yards in each of his last four years.

The 2013 season was arguably Rivers’ best in his career. He threw for 4,478 yards and 32 TDs, and he averaged a whopping 8.2 yards per pass attempt. That was the year Ken Whisenhunt was his offensive coordinator. The Whizz is back in SoCal, and this reunion could produce some special results.