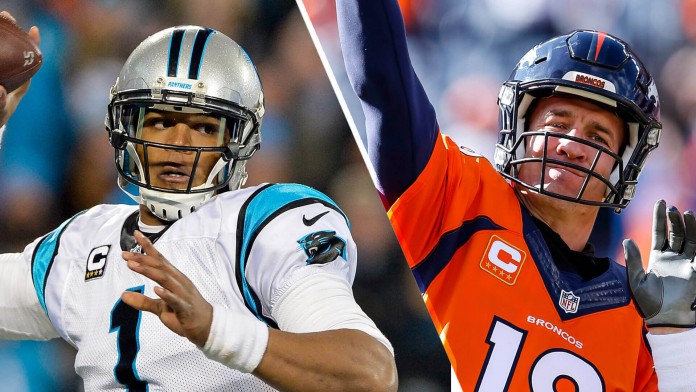 It’s largely become trite for the winning quarterback of the Super Bowl to take home the game’s MVP honors, and tell the world he’s going to Disneyland. So which Super Bowl MVP is going to be taking a selfie with Mickey this year?

While we’ll be the first to admit there’s a really good chance that either Cam Newton or Peyton Manning will win the Super Bowl 2015 when the Carolina Panthers and Denver Broncos head to the field on Sunday, for football betting purposes, the obvious choices aren’t always the Super Bowl picks with the most value.

Tom Brady won the MVP award of Super Bowl 49, but it’s tough to imagine that in Super Bowl 50, either quarterback will go 37-of-50 for 328 yards and four touchdowns like Brady did. In fact, it’s really taken some Herculean efforts of late for quarterbacks to win the Super Bowl MVP award. Joe Flacco and Aaron Rodgers, who won the MVPs of Super Bowls 47 and 45, respectively, each threw three touchdown passes, while both Drew Brees and Eli Manning, Super Bowl 44 and 46 winners respectively, each completed at least 75 percent of their passes.

What Are The Super Bowl Odds for MVP This Year?

Taking a closer look at the Super Bowl odds for MVP, the last time Manning threw three touchdowns in a game was in Week 2. He hasn’t completed 75 percent of his passes in any game this year.

Newton, who will undoubtedly win the league MVP award on Saturday night, threw three or more touchdowns just five times in 18 games this season, and he’s only had two games where he completed more than three-quarters of his attempts.

Who Has Won The Title in Previous Years?

If you look at the list of Super Bowl MVPs in recent history, you’ve got a linebacker (Malcolm Smith, Super Bowl 48), three wide receivers (Deion Branch, Hines Ward and Santonio Holmes in Super Bowls 39, 40 and 43) and a cornerback (Dexter Jackson, Super Bowl 37).

What’s truly amazing is that a running back hasn’t won the Super Bowl MVP honor since Terrell Davis in Super Bowl 32.

Don’t expect that trend to bend this Sunday either unless Jonathan Stewart goes off for four scores and 200 yards. Stewart, for as much of a bell cow as he is, doesn’t get a ton of work down by the goal line, while both Ronnie Hillman and C.J. Anderson split carries in the Denver backfield.

When you look at the stats for the Denver wide receivers, you can’t be impressed. Demaryius Thomas literally has almost as many drops as he has catches here in the second season, and Emmanuel Sanders hasn’t had more than five catches in a game since Week 15.

Carolina’s leading receiver is Ted Ginn, a washed-up veteran who had just 44 receptions for 739 yards in the regular season. If you’re going to pick a Panthers receiver to get the job done, you’d have to look at Greg Olsen. Olsen has 12 catches for 190 yards and a touchdown in two playoff games, and with Darian Stewart and T.J. Ward both banged up, it’s possible that the tight end could shine.

Then again, go back and try to find a tight end that won Super Bowl MVP. The next one will be the first.

If you go off the board just a bit, you’ll probably find a little bit of value with defensive players. Luke Kuechly has scored a touchdown in each of his last two games, and he’s a good bet at 16 to 1 to win the MVP of this game, while Josh Norman, potentially the Defensive Player of the Year is 42 to 1. If you’re a believer that Manning is going to revert back into a turnover machine after three straight games without a pick, these two men are both good candidates to win the MVP honor.

Though it’s really tough for a pass rusher to win the MVP award of the Super Bowl, Denver’s got a pair of great candidates in Von Miller and Demarcus Ware, both of which you can get at over 30 to 1 prices. One would figure that it would take at least three sacks or at least one major impact play to win the MVP honor, but would you bet against anyone on that Denver defense with the way that unit is playing?

Of course, with Newton lined at -155 and Manning at +400, it’s understandable why the mass majority of the bets to win Super Bowl MVP will be on those two men. Thinking outside of the box, though, might give you a huge opportunity for a huge payday in your 2015 Super Bowl betting.