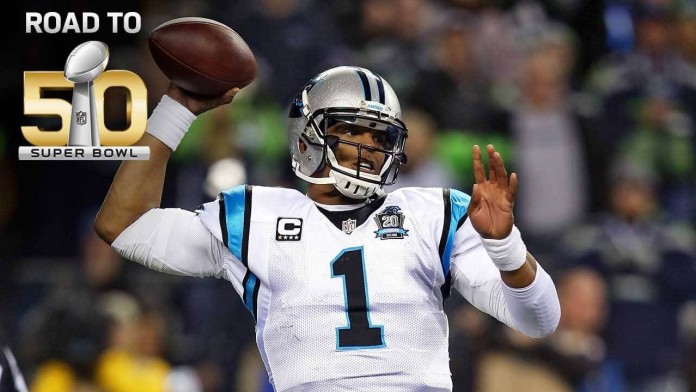 It goes without saying that Super Bowl betting is more popular than betting for any individual sporting event of the year.

Industry experts anticipate this to be another record-setting game. Record numbers were set during last year’s Super Bowl and more than $10 billion will be wagered worldwide for Super Bowl 50. It will likely go down as the most gambled on event in sports betting history.

…more than $10 billion will be wagered worldwide

The favored Carolina Panthers have been breaking the mold all season long. They were a 50 to 1 longshot to win the Super Bowl at the beginning of the NFL championship and were largely considered an afterthought. Let’s not forget that the Colts, Cowboys, Eagles, Ravens, Giants and Dolphins, all teams which didn’t get into the playoffs, had better odds to win the Super Bowl at the start of the year than the Panthers did.

Even when they got into the second second, the Panthers were never really considered the truly elite team in the playoff field. Sure, they were favored against both the Seahawks and the Cardinals. However, they were only favored by the top betting sites in correlation of the value of home-field advantage.

“Carolina was our most “faded” teams in terms of futures odds at the outset of the 2015 season,” said John Lester of BookMaker.eu. “When Kelvin Benjamin went down during training camp, the bettors saw an offense that wouldn’t be explosive enough to win on a regular basis.”

However, it seems like the time is now, with the biggest game of the year coming against the Denver Broncos, for everyone to realize that the Panthers are indeed 17-1 this season.

Of course, bettors react to current Super Bowl betting lines. So the fact that the Panthers are getting a lot of respect after two straight blowout games isn’t unexpected if you look at NFL history. Carolina was up 14-0 against Seattle and 17-0 against Arizona at the end of the first quarter of each game. It wasn’t quite a coast to the finish from there against the Seahawks, but the Panthers never trailed in either game and really weren’t threatened by either team.

And then there’s the quarterback battle. Therewas a time not all that long ago that you wouldn’t ever bet against Peyton Manning in a big game. Heck, he was the reason the Broncos were favored over the Seahawks in the Super Bowl just two years ago. A game in which they were completely overmatched and ultimately blown out. However, the only reason he didn’t lead the league in interceptions this year is because he sat out over a quarter of the games with a foot injury.

It’s impossible to consider Manning’s arm anything better than a wet noodle. He has no snap on the ball whatsoever, and though he’s still making a lot of great reads, the mind and the arm aren’t always in compliance with one another.

“The betting public often overreacts to what the mainstream media preaches and it guzzled the ‘down on Peyton Manning’ cool-aide all season,” Lester said. “You heard nothing but negativity surrounding Manning most of the season and because of that, the Broncos were not a popular bet at our book.”

Meanwhile, Cam Newton is coming off of two games in the playoffs in which he looked awesome, and he’s sure to be named the MVP of the league the night before playing in the Super Bowl 50.

All that said, opening out Carolina at -3 in the middle of the game against Arizona made a lot of sense, and you almost got the feeling that that line was going to shoot up immediately.

And shoot up it did. The Panthers were -4 by the time the line actually officially opened across the board on championship Sunday.

It’s awfully unusual to see a game of this magnitude featuring a huge change in Super Bowl betting lines. However, that’s exactly what we’ve seen in recent days. As of Thursday night, the Panthers had steamed all the way up to -6, and the common belief is that the spread, if it moves at all, is only going to continue to rise all the way through Super Sunday.

…the common belief is that the Super Bowl spread…is only going to continue to rise all the way through Super Sunday.

However, all of the top sportsbooks out there are reporting the same general thing. Sharp money has been coming in on Denver all week, though it’s not nearly enough to counter the more than 80 percent of the NFL bets and total handle on Carolina that most books are reporting. By all accounts, sharp money is sure to come in on the Broncos at some point between now and kickoff of the biggest game of the year, and that’s what the top online sportsbooks are really afraid of.

…sharp money is sure to come in on the Broncos at some point… and that’s what the sportsbooks are really afraid of.

Granted, at least three-quarters of the Super Bowl betting will come the day before the game and the day of the game. Still, it isn’t going to make sports betting sites feel any better that there’s going to be a real chance at a middle. There’s a good sense that most of the money on whatever the highest spread is going to be will be on the Broncos, whether that’s at +6 or +6.5.

That sets up a really tough situation for sure. If the Panthers win and cover, the books are going to take a bit hit. But if the Panthers end up winning the game between four and six points, this could be a disastrous day of epic proportions. Both Las Vegas casinos and sports betting websites are counting on huge profits on Super Sunday, but if they have to pay out on both sides of this game, it could go from potentially one of the most profitable days in the history of gambling to easily the costliest.

if the Panthers win the game between 4 and 6 points, this could be a disastrous day…[for sportsbooks]

The possibility of the game landing exactly on Carolina by four, five or six is slim for sure, but the fact that that chance even exists is a huge liability that the sportsbooks would rather not be taking. We’ll have to find out on Super Bowl Sunday whether that gamble will pay off or turn into a catastrophe for the top bookmakers.

For more Super Bowl 50 news be sure to check out our latest news section.