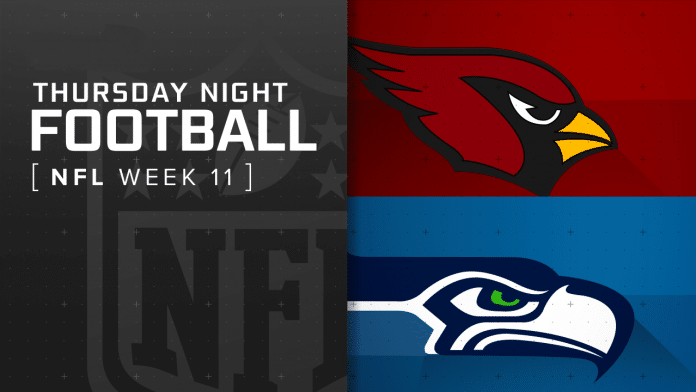 The sequel is rarely as good as the original, but if the Arizona Cardinals and Seattle Seahawks come anywhere close to the epic primetime battle they staged in Week 7 NFL fans are in for a treat on Thursday night. Arizona’s 37-34 overtime win started a skid that’s seen the Seahawks lose three of four games and their grip on first place in the NFC West. The Cards forged a tie at the top of the division at 6-3 with some divine intervention. Their fourth win in five games came on a last second desperation heave now known as the ‘Hail Murray’ to beat Buffalo. Despite their recent funk the Seahawks are a field-goal favorite on the NFL betting line.

The matchup between the Arizona Cardinals and Seattle Seahawks will take place on Thursday, November 19, 2020, at 8:20 p.m. ET at CenturyLink Field in Seattle. The game will be televised nationally on FOX and NFL Network. 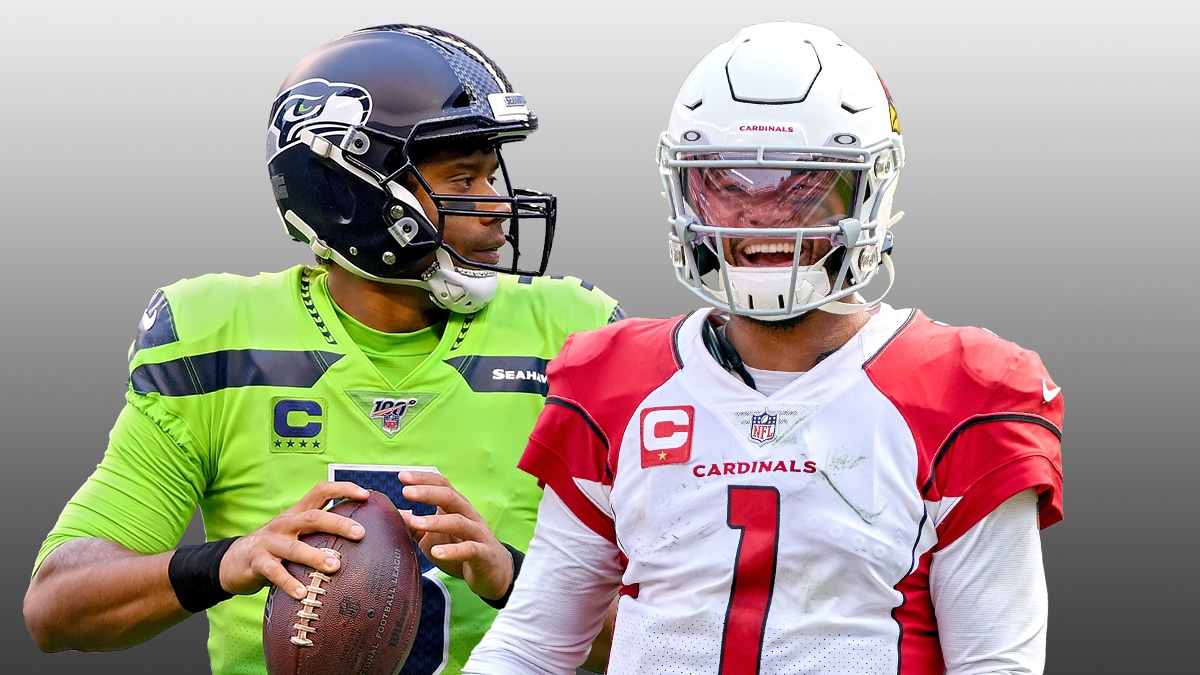 It appeared as though the Cardinals were going to squander another chance to reach the top of the division. A Week losing outright to Miami as a 6-point favorite, AZ was on the brink of defeat until Murray and DeAndre Hopkins struck. While fans were ecstatic backers were not. The Cards were laying 3-points and instead of attempting the PAT to push the line, they took a knee escaping with a 32-30 victory. It was their second straight ATS loss dropping to 5-4 overall ATS. Few teams have enjoyed as much success in Seattle as the Cards. They are 4-1 SU and 5-0 ATS in their last five trips to the Pacific Northwest.

Just a month ago the Seahawks were touted as the best team in the NFC thanks to their franchise-best 5-0 start. They’ve dropped three of four since then, the most recent last week, 23-16, to the Rams where they failed to cover the 3-point line. All three losses took place on the road so a return to CenturyLink Field could be just what the team needs. Seattle is 4-0 SU and 3-1 ATS at home. The Seahawks haven’t been swept in the season series since 2009. There’s been no movement on the line since Seattle opened as a 3-point favorite. The total of 57 is currently the highest on the Week 11 board. 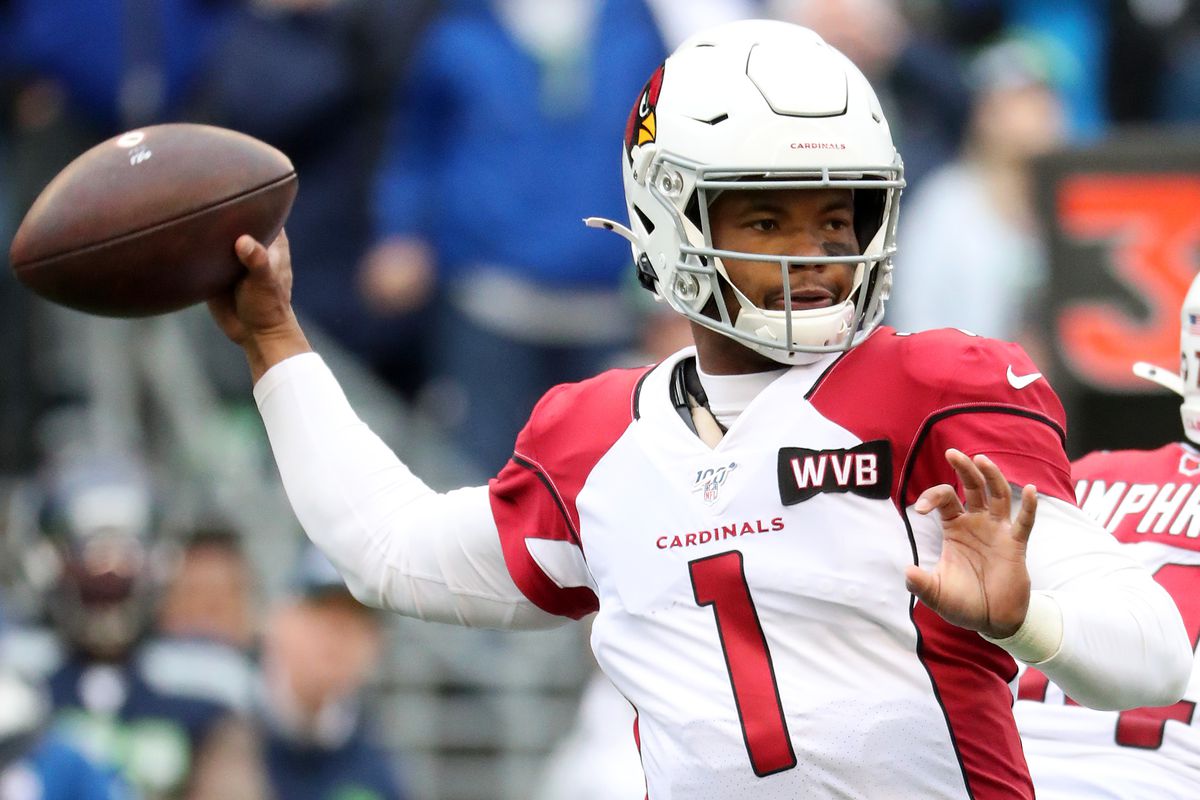 Murray got the better of Russell Wilson in the first meeting and he’s been doing it all season. His versatility has the Cardinals as the top offense in the NFL averaging 425.4 yards per game. Murray has thrown for 2,375 yards and 17 touchdowns adding 604 yards and 10 touchdowns on the ground. Murray ran for a pair of scores against Buffalo giving him at least one rushing touchdown in five straight games. Only Dalvin Cook with 12 has more.

Murray’s desperation heave against Buffalo, which was somehow caught by Hopkins, allowed the Cards to reach the 30-point mark for a fifth straight game. They have had issues defensively over the last three games giving up at least 31 points each time making over bettors happy. The Cards cashed the OVER in all three games after playing below the closing total in each of their first six. Arizona yielded 572 total yards to Seattle in the Week 7 meeting but used a late comeback and a trio of interceptions to secure the overtime victory, their second in row SU and ATS in the series. 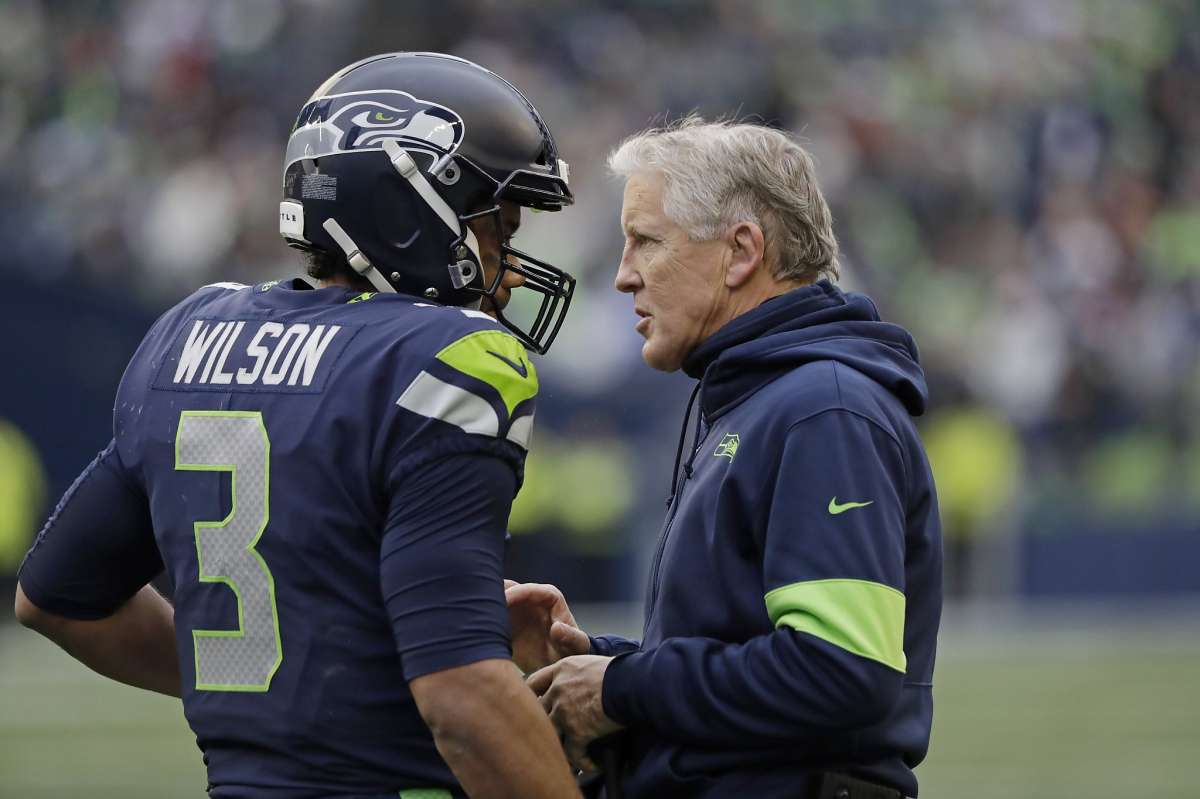 Without their top two running backs for the previous three games, Wilson probably felt like he had to do it all. Carrying such a burden can weigh on a man and Russ has felt the pressure. Three more turnovers last week against the Rams brought Wilson’s total of giveaways since Week 7 to 10. And it’s no coincidence the Seahawks are in a slide. All of the turnovers – seven interceptions and three fumbles – came in Seattle losses. The good news is that Chris Carson and Carlos Hyde returned to practice and are on schedule to play Thursday night. That could alleviate some of the pressure that has strangled Wilson.

You can look at last week’s game as sign of how bad things are right now for Seattle. The porous defense actually played a strong game allowing a season-low 23 points. However, Wilson and the NFL’s highest scoring offense couldn’t get untracked. Ball carriers not named Wilson accounted for just 53 yards and Russ was sacked six times, bringing the number of sacks over the last two games to 11. Wilson totaled 472 yards in the Week 7 game but tossed three picks, the last of which led to Arizona’s game-winning field goal. 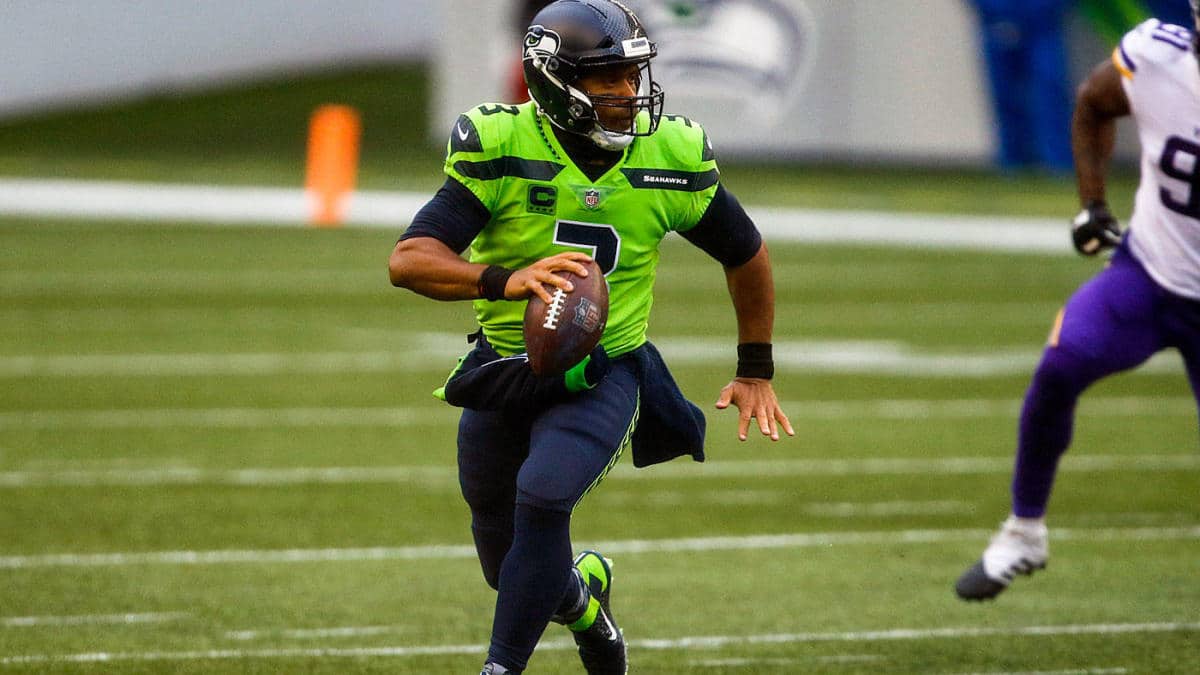 The teams put on an offensive show in Week 7 combining for 71 points and 1,091 yards. We’re likely to see more fireworks on Thursday with two of the most dynamic play-making quarterbacks in the game. Seattle lost its grip on first place in the division and needs to right the ship after losing to both the Cards and Rams in their current funk. A return home should help and the defense is getting some reinforcements, which will help.