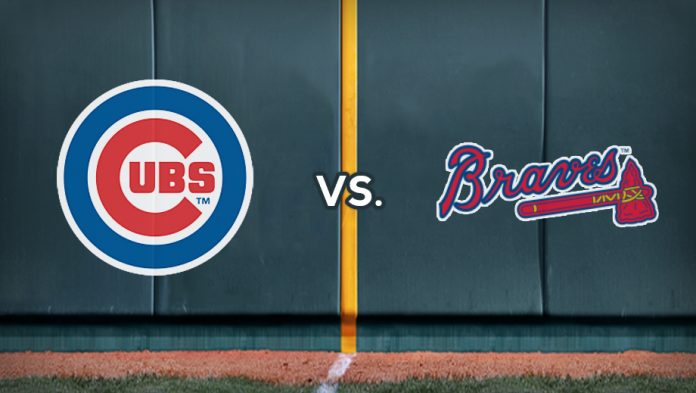 The Chicago Cubs and Atlanta Braves believe they can make a push for the National League pennant, but neither is looking like a crisp baseball team early in the season. Both teams have struggled out of the gate as they prepare for a head-to-head matchup on Wednesday.

The Braves are an up-and-coming team with high expectations this season and will have the benefit of playing this game at home. The Cubs won a World Series a couple years ago and are hoping to add another with a talented young core of offensive players.

These teams play in challenging divisions so they cannot afford for the bad start to linger too long. The Cubs and Braves hope to turn things around but only one of them can win this matchup.

The Cubs have started the season with a record of 1-3. Their offense has been just fine, averaging seven runs per game over that span, but the pitching has been poor. Chicago has plenty of talent to turn it around moving forward. The Cubs have played all of their games on the road thus far.

The Braves are also 1-3. They were swept by Phillies to begin the season before winning the first game of this series. Atlanta’s home opener came against Chicago and it hopes to put up another win in front of its crowd.

The Cubs are scheduled to send ace left-hander Jon Lester to the mound. He had a strong start to the season, giving up two earned runs in six innings of work to get the win in the regular season opener. He has long been one of the better starting pitchers in the major leagues, and the Braves will have their hands full in this one.

Atlanta is expected to counter with Julio Teheran. He was not as sharp in his first start, giving up three runs in five innings pitched. Both pitchers have plenty of talent, but the Cubs seem to have the edge in this matchup and the odds will be presented accordingly.

The Cubs accumulated 6 errors in a game between these two teams on Monday in a blowout loss. It was their most in a nine-inning game since 1982 and a horrible way to begin the series.

The Cubs have plenty of talent on their roster but didn’t do the little things well enough last season. The team talked of renewed emphasis on the fundamentals this year but it certainly didn’t seem to be the case on Monday.

Chicago has a lot of talented defenders so this can be chalked up to one bad game unless it becomes a trend. Keep an eye on the Cubs’ defense in this one.

Our staff pick: Cubs +115 on moneyline

The Braves are a good team and get this game at home, but the Cubs have the stronger starter and an offense that is seeing the ball well. Chicago will be able to even the series behind a nice performance from Lester and better defense behind him. The Cubs haven’t started the season very hot but a win here will help wash that bad taste out of their mouths.