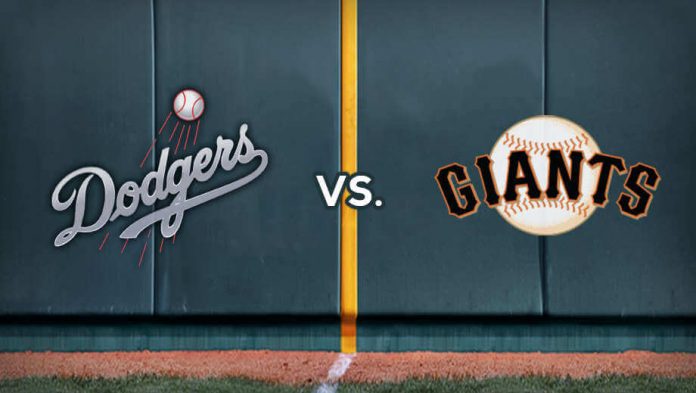 The Los Angeles Dodgers’ offense has been in midseason form through the first four games on the season, and will aim to keep it going on Monday against the San Francisco Giants. Los Angeles’ pitching staff is deep and talented, and if the bats manage to dominate like this consistently, the team should be well on its way to making another deep playoff push.

San Francisco has been on the opposite side of things as its offense has yet to wake up. The Dodgers are at home in this matchup and the superior team, so there is no question it will be the favorite to win this game.

The Dodgers head into this game with a record of 3-1 on the season. They looked really good against the Diamondbacks to open the season, which included a nice comeback win on Sunday. Los Angeles is waiting on superstar left-hander Clayton Kershaw to get healthy, but did a nice job without him early.

The Giants have gone 1-3 in their first four games. They opened the regular season on the road against the San Diego Padres and had trouble staying competitive. San Francisco has a rough start to the season with so many road games and will look to avoid falling too far behind in the division even though it’s still very early.

The Giants are expected to send left-hander Drew Pomeranz to the hill. He’s had some impressive seasons in the past and has generally posted good strikeout numbers, but is coming off a poor year. The switch to the national league should help him, and this is a pitcher’s park even though the Dodgers put up big offensive numbers in it the first four games.

The Dodgers are expected to send Julio Urias to the mound. He is a former phenom who has dealt with injuries but is still only 22 years old with a lot of talent. Urias may only be the Dodgers’ fifth starter at this point, but he has very good stuff. The variation on a pitcher like this is high, as Urias is capable of throwing a gem but he could also have issues finding the strike zone and give up a handful of runs.

The Dodgers have accumulated 42 runs over the first four games of the season. The put on a clinic against the Diamondbacks, flexing their muscles in the earlygoing.

Cody Bellinger is off to a monstrous start, as he is batting .467 on the year with three homers and seven RBI. Bellinger is one of the main power sources in the middle of the order but he is far from the only one. Joc Pederson already has multiple home runs on the season, as do Enrique Hernandez and Austin Barnes.

The Giants, meanwhile, have only mustered five combined runs in the first four games. It’s a huge difference and a big reason why the Dodgers are going to be heavy favorites.

The Dodgers are rolling offensively, they have the better pitcher on the mound and the home field advantage. It’s all lining up to an easy win in this one. Consider Los Angeles not just on the moneyline but on the runline to win by several runs.

Urias is a bit of a wild card but look for him to dazzle in this one and lead the Dodgers to a rout over the Giants.