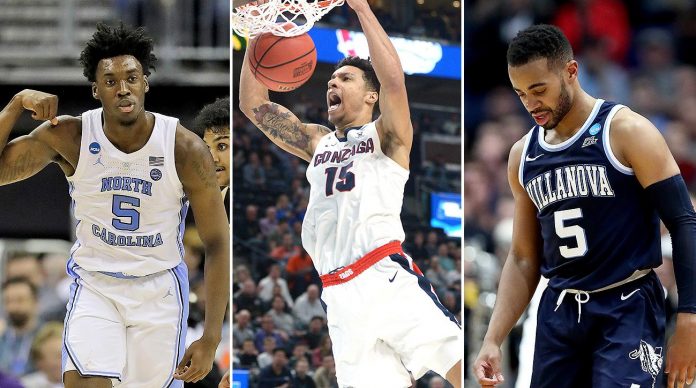 The March Madness action is back in full swing on Thursday as half the field dukes it out for spots in the Elite Eight. Some people have brackets that are still alive, but for others, they have already shredded theirs. Don’t worry, as there are plenty of ways to make that money back in these final two weeks of the NCAA Tournament.

The spread and the moneyline will be popular plays once again, but don’t forget about the scoring total. There are multiple games on Thursday night which are good “over” or “under” picks. See below for our staff’s top total picks. Odds provided by BookMaker.eu.

The Florida State Seminoles and Gonzaga Bulldogs will kick off the nightly slate of games with a key matchup. Gonzaga is one of the favorites to win the national championship but this isn’t the easiest game in the world as the Seminoles have a tough squad. The spread is 7.5 points and that looks accurate, so avoid it. Instead, the right choice is the scoring total. It is listed at 146.5 points and that number is too low. Gonzaga is one of the most prolific scoring teams in the country, averaging 88.6 points per contest. Florida State averages 75.4 points per game so it is comfortable pushing the pace, which means the “over” is the easy choice for this one.

Purdue Boilermakers vs Tennessee Volunteers (UNDER 146.5)

The next game on the docket features the Purdue Boilermakers against the Tennessee Volunteers. The scoring total is exactly the same as the Gonzaga-Florida State matchup, but the outcome will be different. Purdue can really bomb away from three-point range, but its defense is also really impressive. The Volunteers will try to push the pace, but this game will slow down at the end as both teams really focus on maximizing their possessions. The “under” is the pick.

One of the lowest-scoring games of the night will be that between the Texas Tech Red Raiders and the Michigan Wolverines. They are two of the stingiest defenses in the tournament and both are comfortable playing a slow-down affair. The total is listed at only 126 points, and that’s a number that might scare away some bettors. However, the pace will be slow and each side will have to really work for its points. Take the “under” on this one despite the low total.

Our staff pick: Virginia-Oregon “over” 119 points

The best bet among the scoring totals comes from the final game on the Thursday night docket. The No. 1 seed Virginia Cavaliers will face off against the No. 12 seed Oregon Ducks in another game in which players will have to scratch and claw for points.

Oregon is only allowing 54.0 points per game this season and Virginia even tops that at 53.5, so good shots will certainly be at a premium in this one. However, the oddsmakers have overestimated how well the defenses will do.

There are a host of good shooters on each side, and the Ducks should be able to remain close enough in this one where free throws will start to play a big role down the stretch. This game might be low-scoring, but each side is talented enough to put up enough points to hit the “over” in this game. That is the best wager among the Thursday night total picks.