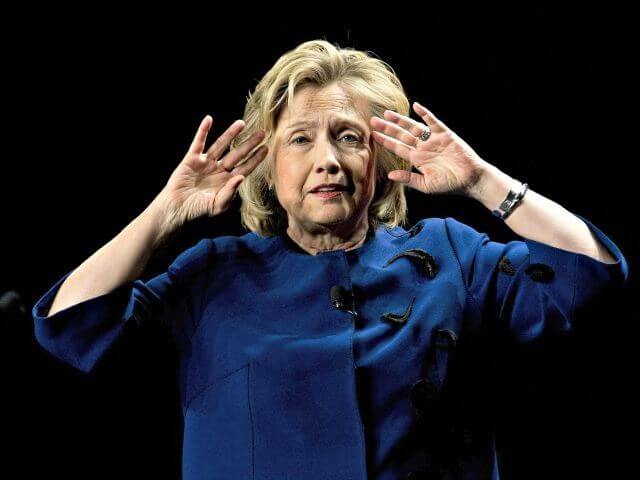 An election cycle that had finally seemed to settle into a groove has once again been rocked off the rails.

FBI Director James Comey announced on Friday that his bureau was reopening its investigation into Hillary Clinton, just 11 days before Election Day, and has thrown both the narrative and political betting odds into a tizzy.

Before this announcement it was generally expected that Clinton’s odds were to win the election comfortably, but now there is a real chance that Donald Trump is able to become the next POTUS.

Will Hillary Clinton Be the Next US President?

Will Donald Trump Be the Next US President?

For all the criticism coming from the Trump camp about how the FBI handled Clinton’s investigation, they have to be delighted about this announcement. Clinton looked like she had finally put all this behind her back in July when Comey recommended that the Department of Justice not press charges against her. That put to bed accusations that had plagued her for the better part of two years, but now things have come crashing down again.

Comey’s statement to a committee of congressmen was noticeably light on details. He noted that the investigation has been re-opened because e-mails that may have come from Clinton’s personal e-mail server were discovered in the course of a separate investigation.

This investigation was about allegations that former congressman Anthony Weiner may have exchanged explicit text messages with an underage girl. Comey stated that he felt the need to come forward with this information, but the vagueness of his message feels like political gamesmanship.

It’s hard to imagine that this investigation will uncover anything substantial based on Comey’s statements. Weiner’s soon to be ex-wife Huma Abedin is one of Clinton’s top aides and it appears that the e-mails that Abedin and Weiner exchanged are the reason the FBI has decided to re-open the investigation.

It appears highly unlikely that anything of real substance to hold against Clinton is present in these e-mails. Her detractors have claimed that she has mishandled classified information, and while she may have, multiple investigations have uncovered no evidence of wrongdoing. These e-mails seem to be exchanges between a married couple in the wake of allegations of impropriety from Weiner and the timing of this announcement is extremely suspect.

The Fallout in the 2016 Presidential Odds

It will be a few days before we can determine whether or not this has had an effect on the polls, but it’s certainly not good news for Clinton. The last thing she needed right now were rumors of another potential scandal, as this was the one thing that can seemingly derail her chances to becomes the next POTUS in Election 2016. Although nothing of substance will likely come from this, many people will trumpet this as evidence that she is corrupt.

Millions of people have already cast ballots, but the damage could still ruin her chances. Quite a few people won’t take the time to read into the announcement from Comey and will believe it’s another example of Clinton being corrupt. While most of these are Trump supporters that she had no chance to win over, if enough independents or undecided voters turn against her now, it could be her downfall.

What to Expect on Election Day

However, Clinton is still the bet to make here. Independents and undecided voters had favored her over Trump according to most polls and Democrats have outperformed Republicans in most swing states in early voting.

While this may hurt her margin of victory, she should still have enough of a lead to win the election and become the next POTUS. Her election odds have fallen from -785 to win the Presidency to -420 based on this news, but she has more support from her own party and her large-scale investments in registering voters and canvassing will give her the margin she needs.

How did the debates affect the political odds? Read Here’s Who Won the 2nd Presidential Debate According to Oddsmakers