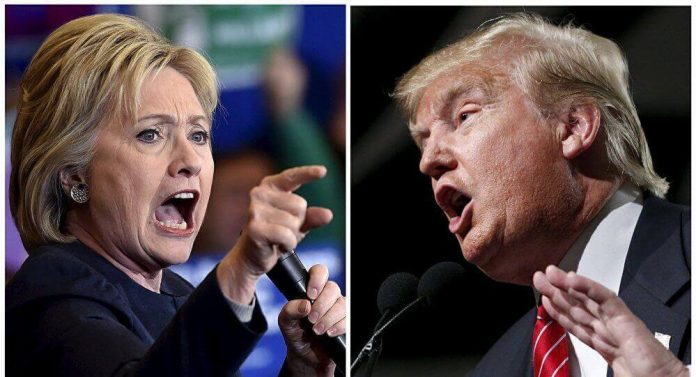 According to the New York Times’ The Upshot, Hillary Clinton has an 86 percent chance to win the presidency at this point of the election process. If we just convert that percentage into American odds, that means if the model is correct, Clinton should have a -614 chance of winning. So with the current Hillary Clinton odds, that makes betting on her the correct bet.

However, we have to have faith in these models in order to feel confident when betting based upon their predictions. Are these models robust? Are they lacking in any way? Are competing models issuing different results? That’s what we’ll look at today when examining whether or not the political odds on Hillary Clinton are a good value or not.

How Accurate Is UpShot’s Election 2016 Prediction?

Building models to aggregate polls and combine demographic and sociological data is a relatively recent phenomenon. The godfather of this type of modeling is Nate Silver, whose website FiveThirtyEight is considered the standard bearer when it comes to this sort of work.

Silver first gained fame back in 2003, when he developed PECOTA for Baseball Prospectus. PECOTA was an extremely useful tool used to project player performance for the season and is still used to this day.

Afterwards, Silver brought his work to politics. He developed a model for FiveThirtyEight that ended up being one of the best predictors of the 2008 Presidential Election and since then modeling has taken off with many organizations bringing on their own modelers to run their own numbers.

The website used at The Upshot is in its words “…almost entirely a polls-based model”. While that means the model should be a better predictor than those that just go off of economic forecasts or state voting history, there are some weaknesses as well.

How Accurate Is the Model?

For instance, The Upshot gives Hillary Clinton only an 85 percent chance to win Minnesota in the presidential race, when in all likelihood she has a better chance than that. This is because the last publicly released poll conducted in the state of Minnesota was done all the way back in April.

As no poll has been conducted since then, The Upshot’s model is likely underestimating Clinton’s chances. The model needs many current polls in order to better predict the likelihood of a candidate winning a state and since it doesn’t rely on demographic or sociological data to fill in the gaps, it can be lacking at times.

How Important Are the Swing States?

When it comes to Minnesota, it seems that not even the Trump campaign thinks it has a decent shot to win the state. Trump is currently barnstorming the country right now, holding rallies in all of the swing states, and his decision to host a private fundraising dinner there on Friday and then hold a rally in Michigan stands as a pretty sharp indicator of how his campaign feels about the Trump odds to win Minnesota.

However, not all states are like Minnesota. Most states that are not firmly in one party’s camp or another have a robust set of polls to draw from, and that’s where The Upshot’s model hits the mark. The traditional swing states like Florida, Ohio, Pennsylvania, Colorado, and Virginia all have a number of polls to use and these important states are the ones that the model can theoretically predict with great accuracy.

The Clinton campaign looks to have a lot more states, and electoral votes, safely in the blue at this point based upon The Upshot and other models and needs far fewer swing states in order to win the election than Trump does. Currently according to The Upshot, Clinton has 258 electoral votes from a likely 21 Democratic states and if Minnesota is moved into that column as well that makes it 268 electoral votes.

That means Clinton would need to win just one more state in order to win the election if the model held true on Election Day.

There’s still a lot of time to go between now and Election Day and the model will only get stronger with time. This model would be a great indicator of what to expect if the election was a month or less out, but it’s heavy reliance on past polls doesn’t leave it much room to speculate, it’s more useful as just a snapshot in time.

Historically, there is a typical narrowing effect that happens the closer we get to Election Day and this model doesn’t encompass that. However, Clinton is a solid bet at -545 to become the next POTUS because her lead now is going to be almost impossible to catch.

While Trump will likely gain some ground on her over the coming weeks, she has been able to build a massive firewall of states and Trump will have to gain ground nationally rather than in just a few swing states to win the election. No candidate who has been as far ahead as Clinton is in the national polls at this stage has ever lost and it’s hard to believe that Trump will be the one to break this streak.

For more political betting news and odds, check out our Political Odds section.