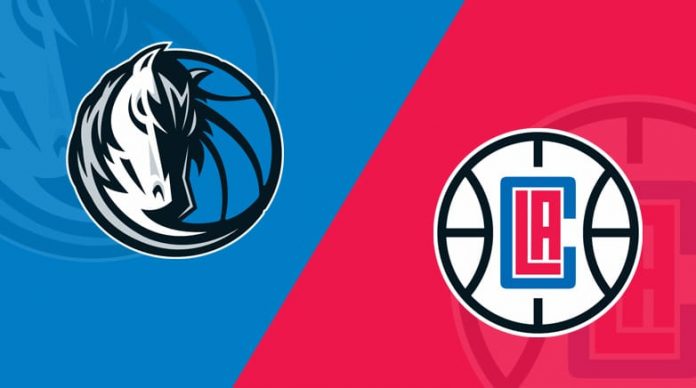 The Los Angeles Clippers are a favorite to win the NBA Championship this season. That would be quite an accomplishment for a team that has never even played in a conference final. Those past teams didn’t have a duo like Kawhi Leonard and Paul George, and there is no juggernaut like the Golden State Warriors standing in their way. The Clippers moved a step closer to advancing in the NBA Playoffs with a 154-111 beatdown of the Dallas Mavericks in Game 5. They can wrap up the series with a win Thursday in Game 6.

With George showing up for Tuesday’s victory the Clippers set a team playoff scoring record hitting a ridiculous 63 percent of their three-pointers. George scored more points in Game 5 than he did in the previous three games combined. In order to stave off elimination the Mavs need Luka Doncic to go off like he did in Game 4 and having Kristaps Porzingis on the floor would help. Porzingis missed the last two games with knee soreness and his status for Thursday is unclear.

Game 6 of the first-round Western Conference playoff series air live on ESPN with tip off at 9 p.m. ET inside the Florida bubble. BookMaker.eu will have betting options for every game of the 2020 NBA playoffs.

Without a buzzer-beating overtime three-pointer from Doncic in Game 4 this series might be over already. But the Mavs still have a fighting chance, and as long as there’s a chance anything can happen. The Clippers had their way during the regular season winning and covering all three games, including a 126-111 win inside the bubble a few weeks ago. LA did a nice job defending Doncic in those games holding him to 42.6 percent shooting from the floor and 27.3 percent from three-point range. Doncic went off in Game 4 with 43 points, 17 rebounds and 13 assists on a tender ankle. A huge concern for Dallas is the health of Porzingis. Having their top frontcourt scorer would take pressure of Doncic and give the Mavs a needed boost. The teams have scored a lot of points in the series cashing the over in four straight games.

The Clips are used to playing without George. He missed a bunch of games before the lockdown with shoulder and leg issues. They acquired him for the purpose of reaching new heights in the postseason. When George went into a funk in this series scoring a combined 34 points on 10 of 47 shooting in Games 2, 3 and 4, there was some concern. LA lost two of those three games.

Being enclosed in a bubble for several weeks can take a toll on a person, and it did on George. “Whatever it was, the bubble got the best of me. I was just in a dark place. I really wasn’t here,” he said. With the help of the team psychiatrist and his teammates, George flipped the switch and saw the light. And it was lights out for the Mavs. PG13 dropped 35 on 12 of 18 shooting in 25 minutes, Leonard had 32 points and Montrezl Harrell aint nobody’s bitch ass white boy with 19 points and 11 boards.

The Clips shot 62.9 percent from deep and 63.1 percent overall from the field. This kind of performance is more than what anybody expected, but it does show you how good the Clippers can be when everything’s working.

Even if Porzingis played in Game 5 it probably wouldn’t have mattered, the Clippers were unconscious. If anything good came from this game it’s that Doncic got some additional rest since he spent most of the second half on the bench. The Mavs desperately need the Game 4 Luka and not the Game 5 version. Having Porzingis on the floor will take some of the defensive pressure off Doncic allowing him to do his thing. The Clippers smothered him in Game 5 holding him to 22 points on 6 of 17 shooting.

Being the stud that he is, Doncic will have to put up with opponent’s trash talk and trying to get under his skin. Harrell used some inappropriate language toward Luka in Game 4 and Marcus Morris intentionally tried to step on his tender ankle in Game 5, according to Doncic. Only the accused knows his true intentions, but the play worked.

The Mavs obviously didn’t play well in Game 5. The 43-point margin pretty much sums up everything. What’s worse for coach Rick Carlisle is that his team wasn’t physical. “We just need to have a stronger physical disposition to start the game and throughout,” he said. With the season on the brink I’m betting on the Mavs showing up much stronger on Thursday.

The 8.5-point spread in Game 5 was the largest in the last 14 meetings between the clubs. The Clips easily covered improving to 7-2 ATS in the last nine overall games. It’s easy to get all geeked up over LA after their Game 5 beating, but put the brakes on that. The Clips aren’t going to shoot over 60 percent from deep and they aren’t going to win by 43 points. I wouldn’t be surprised to see Dallas extend the series, but I’m not betting on it. We’ll likely see a lot of points scored because that’s what the teams have done in the bubble.