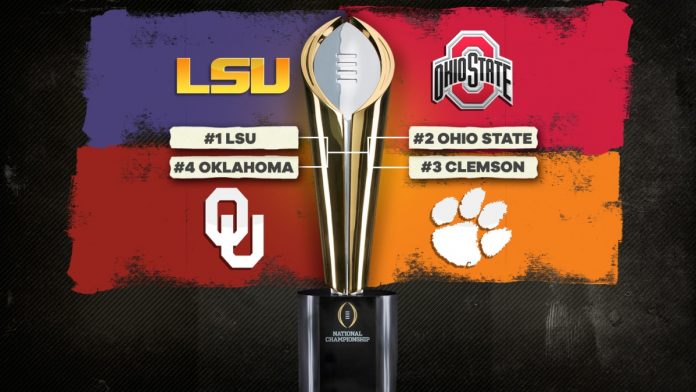 The College Football Playoff semifinal games take place on Saturday, December 28 on ESPN with the No. 1 LSU Tigers taking on the No. 4 Oklahoma Sooners and the No. 2 Ohio State Buckeyes facing the No. 3 Clemson Tigers. LSU is nearly a two-touchdown favorite in the first semifinal against Oklahoma, while Clemson is a slight favorite against Ohio State in the late game. The winner of these two games will meet in the National Championship Game on January 13. 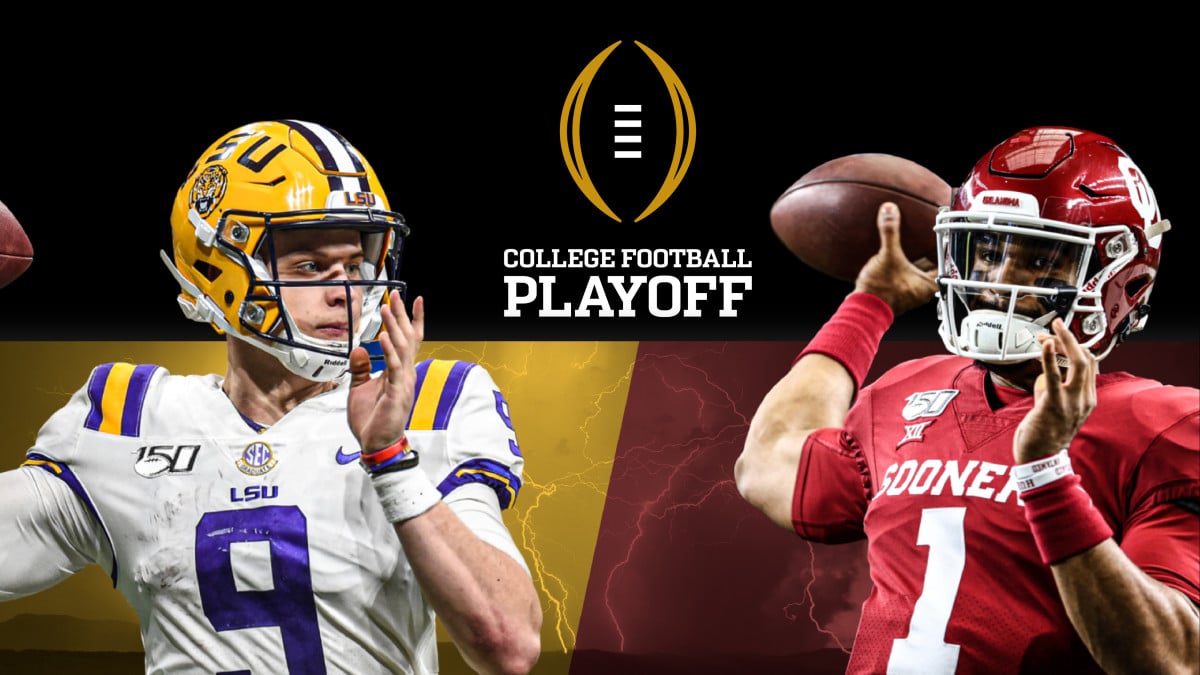 The odds on this game have already moved toward LSU, as the Tigers opened up as a 10-point favorite and they are now laying nearly two touchdowns. The total has surprisingly moved down from an opening number of 77 to 75.5.

The Tigers and Sooners have two of the best offenses in the country so there are going to be a lot of points scored in this first semifinal game. LSU features likely Heisman Trophy winner Joe Burrow, while the Sooners have Jalen Hurts. Both quarterbacks are dual-threats, so each is tough to contain. Burrow is the better passer, while Hurts is the better runner.

Oklahoma’s defense has been better over the last month, but they don’t figure to slow down an LSU team that has outscored its opponents 201-74 since the Alabama game. LSU leads the nation in yards per game at 554.3 and Burrow has thrown for at least 3000 yards in the last five games. Oklahoma has given up 330.6 yards per game this season, so they don’t figure to stop LSU.

The Sooners have a potent offense led by Hurts and CeeDee Lamb. The Sooners were second in the country behind LSU in total offense at 554.2 yards per game. The problem for Oklahoma is that they are going against an LSU defense that features a stout secondary.

No. 2 Ohio State Buckeyes vs. No. 3 Clemson Tigers 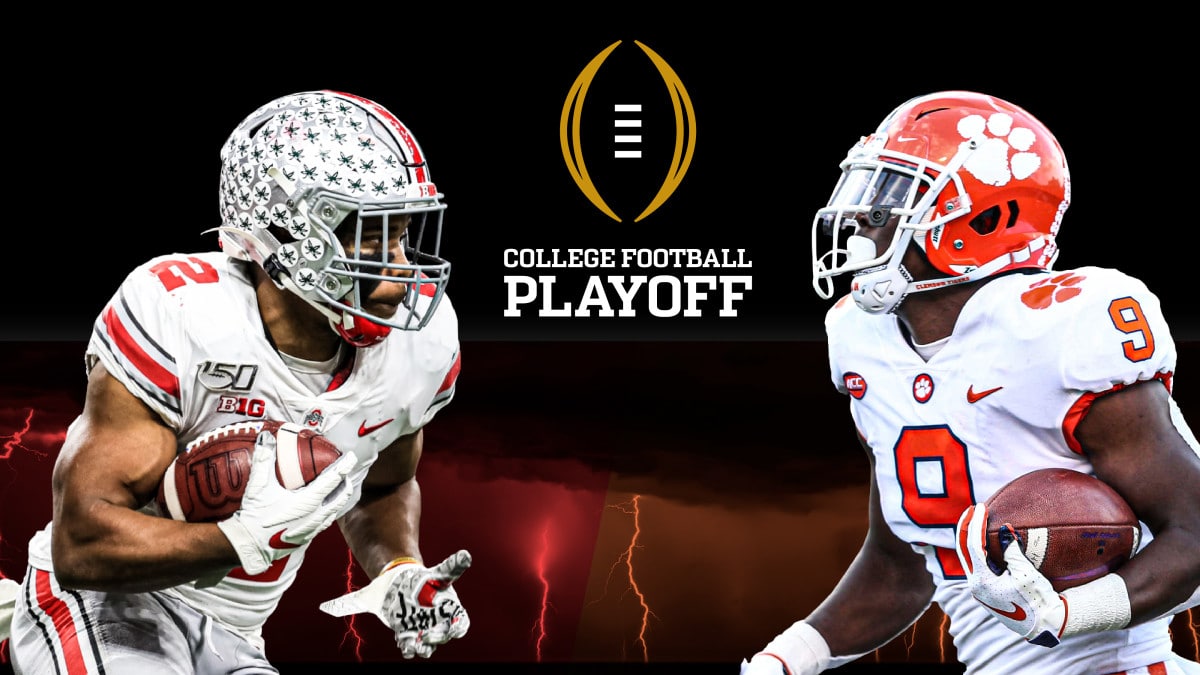 The odds on this game have moved toward Clemson, as the opening number was a pick and now the Tigers are a 2-point choice. The total has moved up a bit from the opener of 61.5 to the current 63.5. Ohio State outscored teams this season by an average of 36.2 points per game, while Clemson was just behind at 35.9 points per game.

These unbeaten teams are very good on both sides of the ball. The Buckeyes under head coach Ryan Day feature an explosive offense led by Justin Fields and J.K. Dobbins and they have a big play defense led by Chase Young. Ohio State’s offense was difficult to stop all season and Fields threw 40 touchdown passes and had just one interception.

Clemson is the reigning national champion and they are in the College Football Playoff for the fifth straight year. They feature a quarterback in Trevor Lawrence who NFL scouts are already raving about and a defense that led the country in fewest points allowed.

If Ohio State and Clemson are as evenly matched as they look on paper it might come down to coaching and how can you argue with what Dabo Swinney has done?  He has coached in five straight College Football Playoffs and won two of them. Day has done a great job at Ohio State but he has never been in this situation.

The second semifinal game is a much more difficult game to predict. The Buckeyes looked like the best team all year until running into Wisconsin in the Big 10 title game, while Clemson rolled over some pretty weak teams in the ACC. I think this will be a much lower scoring game than the first semifinal, so I will go under the total.