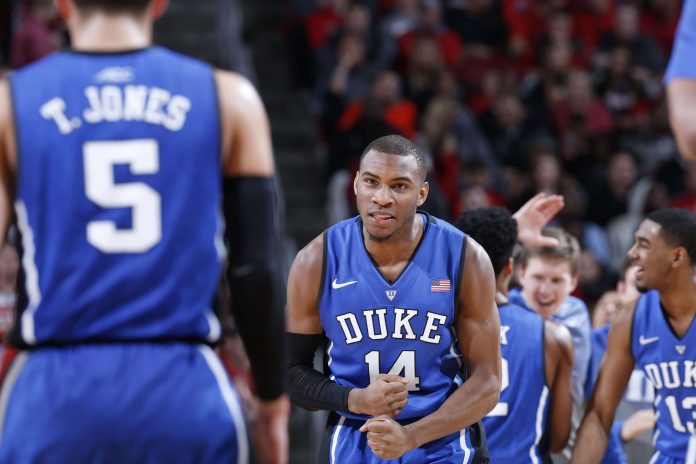 The Duke Blue Devils made a statement last week. An impressive win over Virginia has this team being talked about as not only the class of the ACC but the entire country. However, in a conference as tough as this one, there is no time to let up. Duke will hit the road next time out for another big-time matchup against the Louisville Cardinals.

While Louisville is not quite on the same pedestal when it comes to overall talent, it has some impressive wins this season and gets this game at home. The Cardinals can keep itself squarely in the thick of the conference championship race with a win, but a loss would effectively end their chances.

Duke is so good that it will likely be favored in this game, but not by a ton of points as this figures to be an entertaining matchup.

Duke has a record of 21-2 on the season and 9-1 in the conference. The Blue Devils dropped an early game to Syracuse in ACC play but has since rolled over any and all opponents, including Virginia twice. Duke is ranked No. 2 in the country but is the most talented team in all of college basketball. The Blue Devils can get a tighter grip on the conference championship with a win in this one.

Louisville is 17-7 overall and 8-3 in the ACC. The Cardinals are one of four teams within 1.5 games of Duke for the conference lead and an upset win would really tighten things up. Louisville’s only conference loss at home this season came to North Carolina and is hoping Duke doesn’t also spoil the outcome for its rabid fanbase.

Louisville is in the midst of a brutal stretch against ranked teams. This is the Cardinals’ fourth consecutive game against a team in the top 25. They lost by ten points at home to the ninth-ranked Tar Heels, beat No. 11 Virginia Tech by eight on the road before losing at No. 22 Florida State by a score of 80-75 last time out.

Duke is the best of the bunch and this will be another game that Louisville must play well in to come away with the victory. The Cardinals also play No. 4 Virginia in two of their final six games, as the conference is just a bear all the way through.

Zion Williamson, the likely No. 1 pick in the NBA draft wowed the nation with a gravity-defying block last week against Virginia. The Duke star will look to have a big impact on both ends of the court against Louisville. Williamson is dominating the competition as only a freshman, averaging 21.8 points, 9.2 rebounds and 2.0 blocks per game.

Williamson is shooting a sparkling 68.4 percent from the field and Louisville will have to figure out a way to make life tough for him down low.

The reason: Louisville is a pretty good team but it is dealing with a juggernaut. Duke is jelling at the exact right time as it preps to make a run at the national championship. The Cardinals are at home so they should be able to stick close, but the Blue Devils are the choice to pick up a nice road win to take another step in clinching the conference title.

Louisville is still the choice to cover as it should come in as the underdog.