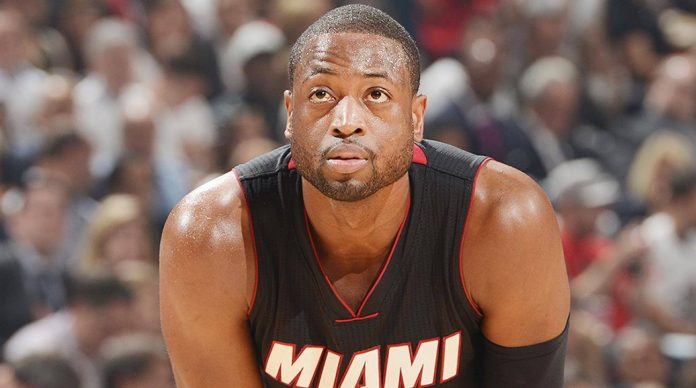 When Dwyane Wade signed with the Chicago Bulls last offseason, he stated that he was happy to return home.

Now, there’s a decent chance that he could be returning to his home away from home.

Wade and the Bulls agreed to part ways on Sunday night to make the future Hall of Famer one of the more prized acquisitions that could be had on the open market. With Chicago going nowhere in a hurry, there was no need for Wade to stick around to be stuck playing on a team that either won’t make the playoffs or will inevitably have zero chance in a series against a club like Boston or Cleveland when the games start to matter in April and May.

Wade averaged 18.3 points per game for the Bulls last season, but all of his advanced stats suggest that he’s on a steep decline as he nears the end of his career. Wade is a negative defender for sure, and he only shot 31.0 percent from beyond the arc. His body isn’t going to take the pounding it used to take when he was able to drive the lane over and over again, and that’s part of the reason he only played in 60 games last season.

Wade agreed to leave $8 million on the table to get out of Chicago, and he knows that he isn’t going to make that much money on the open market to be a backup point guard.

Perhaps the most logical landing spot for Wade would be with the Cleveland Cavaliers. The Cavs are could have a gaping hole at point guard with the newly acquired Isaiah Thomas having all sorts of back problems coming into the new year. Derrick Rose is a respectable backup, but he can’t be counted upon to ultimately play 30+ minutes per night on a championship-caliber club.

Furthermore, it’s well-known that Wade and LeBron James have a great relationship off the court and have expressed wanting to play together at some point in their careers.

That said, the Cavaliers are only the third choices to land Wade at +600.

The Oklahoma City Thunder are also pushing hard to snare Wade, and the man they’re going to have doing most of the prying is the newly acquired Carmelo Anthony. Just as LeBron and D-Wade are close, Anthony is in that clique as well and would love to team up with another member of the old USA “Dream Team.”

Wade would serve as a backup to Russell Westbrook and allow him the opportunity to have the ball out of his hands at times when they share the court together. It’s a perfectly logical pairing in spite of the fact that OKC only has the ability to sign Wade to the veteran’s minimum.

But the favorites to ultimately sign Wade is the team that watched him walk away just two seasons ago. The day is going to come when the Miami Heat retire Wade’s No. 3 jersey.

From a basketball standpoint, Wade doesn’t really make a ton of sense in Miami. He played sufficiently alongside Goran Dragic at the end of his tenure in South Beach, but the Heat weren’t serious contenders. At best, they’re going to be the third-best team in the East, and no one truly believes that they are going to contend with Boston or Cleveland.

There’s just something sentimental about going home, though. If we’re being realistic, none of these landing spots for Wade will move the needle on a championship team. The Cavaliers have the best chance of winning a title of all of the teams that are in the running for Wade’s services, but Boston and Golden State are probably the two best teams in the league at the moment, and Houston is certainly in that discussion as well.

If there isn’t a basketball reason for Wade to sign anywhere, going back to play in front of a fan base that adores him is probably the right move. That’s why the oddsmakers are favoring the Heat at +145 to ultimately sign Wade.

For the latest NBA betting odds and prop odds visit our odds page.