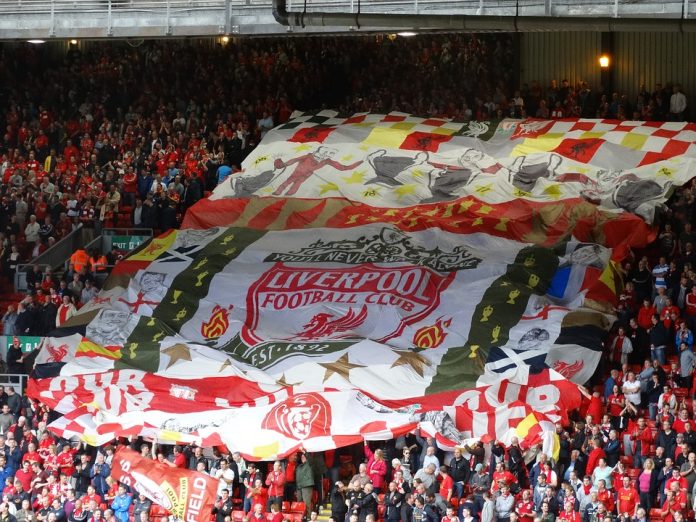 At the start of the season, if you had asked most soccer betting fans to name the finalists for this season’s Champions League and Europa League finals, few would have predicted that all four teams would hail from England. Many would have gone for the big guns such as Real Madrid, Barcelona, Bayern Munich and Juventus, while Manchester City would have been the only English team to feature as a genuine contender.

Fast forward to May 9, 2019, and Chelsea became the fourth English team, following Liverpool, Tottenham Hotspur and Arsenal, to reach the finals of UEFA’s top two tournaments, following their penalty shootout win over Eintracht Frankfurt of Germany.

Liverpool will take on Tottenham Hotspur in the Champions League final in Madrid on June 1, while Chelsea and Arsenal will do battle for the Europa League crown in Baku, Azerbaijan on May 29. It is the first time in the history of the game that one nation has taken all four places in the two competitions. But who will come out on top of each contest?

The Champions League is the biggest and most prestigious club competition on the planet. The richest clubs in Europe covet this competition over all others and for many, it has become an obsession. In recent years, Spanish giants Real Madrid have dominated the competition, winning four of the last five editions. And prior to this season, Spanish teams claimed eight of the last 10 crowns. Last summer, Italian club Juventus broke the bank to sign Cristiano Ronaldo as they strived to win the trophy for the first time in 23 years, having lost two of the last four finals. In the end, it was last year’s losing finalists, Liverpool, and fellow Premier League side Tottenham Hotspur, who made it all the way to the last two.

The case for Liverpool

It is not hard to make a case for Liverpool. With five previous wins, they have won the competition more times than any other English club. They have also finished runners-up on three occasions and have won the UEFA Cup (now known as the Europa League) three times.

They reached the final last year and have now made three European finals in the last four seasons under German Coach Jurgen Klopp. What’s more, they have played some scintillating football this season as they have battled with Manchester City for the English Premier League title. Their semi-final comeback against Barcelona in which they overhauled a three-goal deficit to win 4-3 on aggregate was hailed as one of the greatest of all time.

Liverpool is a club with genuine European pedigree and will be favourites to the lift the trophy with most football tipsters.

The case for Tottenham Hotspur

Few people expected to see Tottenham Hotspur in the final. They had a tough start in the Group Stage but rallied to scrape through. Since then have taken part in some incredible matches against Borussia Dortmund, Manchester City and Ajax to reach the finals. They appeared to be going out of the competition at the quarter-final stage until a last-minute Manchester City goal was ruled out by the Virtual Assistant Referee (VAR). And they were just seconds from being eliminated in the semi-finals when a Lucas Moura goal completed a stunning second-half comeback (and his own hat-trick) against Ajax – a feat that rivalled Liverpool’s achievements of the night before.

Unlike Liverpool, Spurs do not have such a rich history on the European stage. This is only their fifth Champions League campaign and the first time they have reached the final. However, they do have two UEFA League titles to their name, having triumphed in 1972 and 1984, and they also won the now defunct Cup Winners Cup in 1963.

Maurizio Pochettino has done a remarkable job getting the North London club to the final but they will start this game as underdogs.

Like the Champions League, the Europa League has been dominated by Spanish teams in recent years with nine trophies heading to Spain in the last 15 editions. Five of those wins were achieved by Sevilla FC. English teams have triumphed in two of the last six editions and that is certain to be three in seven come May 29. But who will prevail?

The case for Chelsea

Chelsea won the Cup Winners Cup in 1971 and 1998, the Champions League in 2012 and the Europa League in 2013. Their one and only win in this competition came under Coach Rafa Benitez who was very unpopular with the fans thanks to some disparaging comments he made about the club during his time in charge of Liverpool. The current Chelsea boss, Maurizio Sarri, has also had a hard time winning over the fans thanks to his style of play (dubbed Sarri-ball) despite leading them to two finals and a top-four finish in the league this year. Sarri has yet to win a trophy in his managerial career but seems to be edging closer and the Blues will start this match as favourites.

The case for Arsenal

Arsenal’s only major European triumph came in 1994 when they won the Cup Winners Cup. They may not have the European pedigree of Chelsea but they do have a Coach who knows this tournament better than anyone else. Unai Emery won the Europa League three times in a row during his time in charge of Sevilla and that knowledge and experience could just give the Gunners the edge.

Whatever happens, the Premier League can take great pride in producing four European finalists from the same country in one season for the first time in football history.