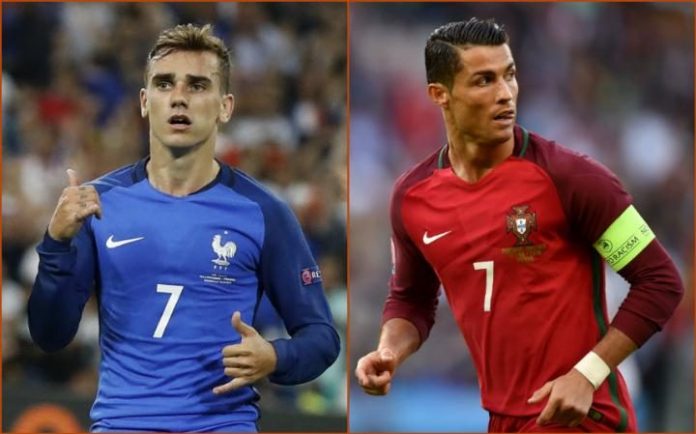 A year ago at this time, many soccer bettors were down on France. The team really wasn’t playing a dominant brand of soccer, and it had come off of a disappointing run in the World Cup the year prior. There were times you could have gotten a price as high as 10 to 1 on Les Bleus to win the UEFA Euro 2016.

However, faith in the French rose over the course of 2015 and into 2016, and by the time this tournament kicked off, they were the favorites in the Euro Cup predictions, a tourney which they’re hosting.

For the old-timers out there who remember European soccer betting in the late 90s, this exact same thing happened leading into World Cup ’98. France wasn’t expected to win that tournament, but they came out and truly dominated from start to finish. Now, Les Bleus have a chance to replicate that feat from the late ’90s in Euro 2016 if they can just fend off Portugal in the last match of the tournament on Sunday night.

It took a little while for the French to find their way in the Euros. They were never really convincing at the group stage, managing to eke out wins against Romania and Albania in which they were underwhelming, and that was followed up by a draw against Switzerland in the last of the group stage matches.

France Picks Up the Pace

After falling behind 1-0 in the second half against Ireland in the Round of 16, it looked as if the French dream would end right then and there. Instead, Antoine Griezmann took over, tallying twice within three minutes in that fixture to send his nation into a tizzy.

From there, Les Bleus were exceptional. From the point of that two-goal outburst against the Irish, the host nation has gone on a tear of nine goals scored with just two allowed of little consequence against Iceland in the quarterfinals.

Griezmann leads the tournament with six goals and is sure to win the Golden Boot from here. Dimitri Payet and Olivier Giroud each have three goals, but they haven’t been nearly as valuable in these crucial knockout rounds as Griezmann.

Seeing Portugal in the Euro 2016 final isn’t a tremendous shock, but the road that it sowed to get here was certainly marred. The Portuguese, in fact, were level after 90 minutes of each of their first five matches of this tournament, before dismissing Wales by a 2-0 count in the semis.

A Seleccao just never seemed to find their way. In some matches, Nani and Cristiano Ronaldo looked fantastic. In others, the defense was good enough to get the job done, but the offense was a no-show. The two things just never came together harmoniously against Iceland, Austria, Hungary, Croatia or Poland, and the Portuguese were very lucky to continue to advance in this tournament, first as a third place qualifier, then out of the Round of 16 in extra time and out of the quarters in penalties.

However, all will be forgotten based on these 90 minutes. If history repeats itself, the heroes won’t be players you’ve heard of. Time and time again, players become stars with the way they play in championship matches as Mario Gotze did for Germany in the World Cup two years ago.

Could we see young Renato Sanches of Portugal come to life once again as he did when he scored his brilliant goal against Poland in the quarterfinals? Or will Blaise Matuidi, who has done so much fantastic work in the French midfield in this tournament, awarded with his shining moment in front of goal? Griezmann, Payet, Nani and Ronaldo are the likely suspects, and perhaps one of them will emerge as the hero.

France is a -110 favorite to win the Euro 2016 final at BookMaker.eu. If the match is tied after the 90, the two teams will play another half hour to determine a winner. If they’re still level at that point, Euro 2016 will be decided with a penalty shootout.

The match will take place at the Stade de France in Saint-Denis. Live television coverage will begin on Sunday, July 10, at 3:00 p.m. ET on ESPN.