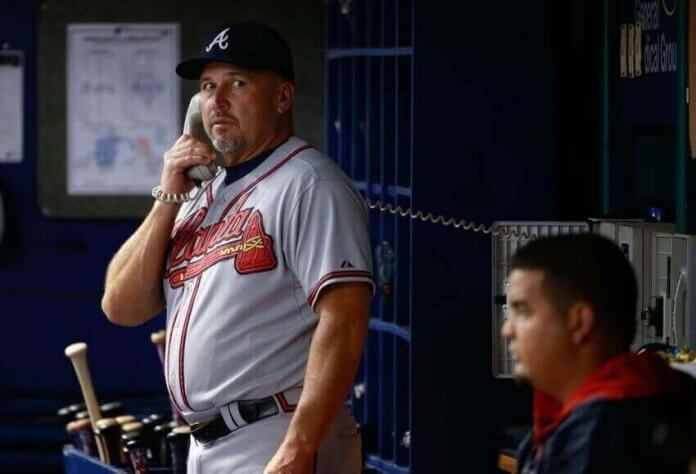 Like the ticking hands on a clock, you know the axe is coming down prematurely on a managerial job every year. One unfortunate manager is going to be fired relatively early in the 2016 MLB season, and it generally isn’t all that much of a surprise who it is.

There are several skippers that are already on the chopping block, and without miracles, many of these MLB managers will find themselves unemployed by this time next year. Here’s why we think Fredi Gonzalez and Brad Ausmus are at the top of the list in 2016 MLB futures betting.

Odds To Be the First MLB Manager Fired in 2016

Last-Place Contenders for Manager of the Year

In our eyes, there are really only five possibilities in baseball betting on the first manager to be fired without some team coming out of the blocks in 2016 in just horrid form. Not surprisingly, they’re the first five managers on the list.

The Braves have done Gonzalez no favors whatsoever. They’ve got one of the worst squads in baseball this year on paper. The fact of the matter is that they really don’t have many capable pitchers, and their bats aside from Freddie Freeman are nothing to write home about.

Gonzalez has more or less run out of time in Atlanta. Though he did lead the team to a division title in 2013, the Braves have won exactly one playoff game during his tenure, and he won just 67 games a season ago.

We’re really not sure why Price got his job back this year. Last season was an unmitigated disaster in Cincinnati, as the Reds won 64 games, their lowest total since 1982.

Price got snippy with the media time and time again, and the look in general just wasn’t good. In a division with the Pirates, Cubs and Cardinals, the three of which could combine for 300 wins this season, what’s the ceiling for Cincy? Maybe 80 wins? Maybe? That won’t be good enough for Price to keep his job.

It’s not all Ventura’s fault that the South Siders are in such bad shape, but this whole Adam LaRoche situation could blow up in his face and he could end up being the fall man for it.

The chemistry is all off in that clubhouse right now, and with the season just a few short days from starting, there’s no time for that to rebuild. If the Sox get off to a sluggish start in their first 30 games or so, we could see a situation where Ventura doesn’t make it to June. He’s our favorite choice for the price at 5 to 1.

The Tigers have a huge payroll, and they had won at least 81 games in six straight seasons prior to 2015. They went just 74-87 a campaign ago and finished 20.5 games back in the AL Central after winning the division four straight years.

Detroit has a huge bankroll, and finishing 17 games under .500 again won’t cut it. Ausmus has the best shot of these five to turn this all around and win AL Manager of the Year, but his leash is clearly short in Motown.

Typically speaking, managers get three or four seasons to lead their teams before they’re replaced. The Rockies haven’t really shown much in the way of success under Weiss, and though expectations are relatively low in terms of legitimately competing for a title, a ceiling of 74 wins in three seasons is underachieving for sure.

The Rocks are still craving their first-ever division title, and at some point, the reality is going to set in that Weiss isn’t the man to carry them there. We think he’ll get until at least the summer even if things go cockeyed, but he’s a good choice at almost 9 to 1 to be the first man dismissed this year.

Which teams are frontrunners for the 2016 division titles? Read MLB Picks: 2016 Division Title Odds to Win