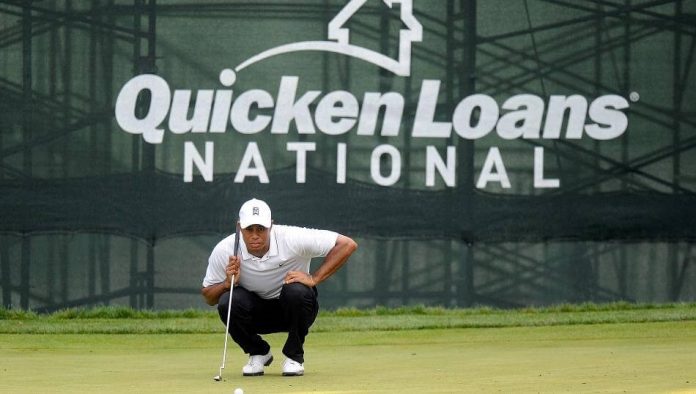 The PGA Tour heads to Potomac, Maryland for the Quicken Loans National where Tiger Woods plays host and his foundation is the beneficiary. By the looks of the betting field, Woods didn’t put too much time into recruiting players, and as a result the field is one of the worst of the year.

Sure, Rickie Fowler and Justin Thomas showed up and are the betting favorites, but after that there is serious decline in star power. Only two of the top 12 in the rankings are in the field, and the depth is also lackluster at best. If you like the international players, you better go somewhere else because none of them are playing this week.

Defending champion Billy Hurley III is back to defend and Ryder Cup star Patrick Reed will surely garner some attention. There are 16 winners on the PGA Tour playing this week, which is the only bright spot.

Kevin Chappell, Billy Horschel and Si Woo Kim are three players to keep your eye on. Chappell won at the Valero Texas Open, Horschel at the AT&T Byron Nelson and Kim broke through at the PLAYERS. All three have a very good shot of picking up their second win of the season.

Other players to monitor include 2013 winner Bill Haas, PGA Champion Jimmy Walker, long-hitting J.B. Holmes and rising star Brendan Steele, who set a record at the U.S. Open with 20 birdies and an eagle.

The tournament has a new venue this year when TPC Potomac at Avenel Farm takes over. The Tour used to play here at the Kemper Open when it was known as TPC Avenel, but the players didn’t like it. They may like it this time around as the PGA Tour put a cool $20 million into a complete overhaul. The layout is completely different so we will see how it’s received by the spoiled players on the PGA Tour.

Last year, in front of his hometown fans, Billy Hurley III won his first PGA Tour event by holding off veteran Vijay Singh and rookie Jon Rahm. Hurley used a chip in on No. 15 and a long putt at No. 16 to secure the win. Hurley can become the first back-to-back winner in the tournament’s 11-year history.

I like all the young guns this week. With the lackluster field and new venue, they have as good a shot as anyone. So, here we go.

Si Woo Kim +4500 – The 21-year old is a stud. He won earlier this year at The PLAYERS and contended at the recent U.S. Open for three rounds. His future is bright, his attitude is positive and he will be in the mix this week in Maryland. I love the price too.

Xander Schauffele +5000 – Before the U.S. Open, none of us knew much about him. His top five finish proved to him and to us that he can really, really play. He backed it up last week with another solid finish (T14) and is now a player that has bigger things to achieve, like maybe his first win on the PGA Tour.

Kevin Tway +7000 – After a solid amateur career at Oklahoma State, the golfing world expected bigs things out of Tway. He struggled to get on the tour for 4-5 years, but now he’s taking full advantage of the opportunity and reeled off four top 5’s earlier this year. He can play and will prove it again this week.

Ollie Schniederjans +6500 – The former No. 1 ranked amateur is slowly making his mark on the PGA Tour. He contended a few times earlier this year and has four top 10’s this year. The former Georgia Tech star is ready to make his move this week in Maryland.

Byeong Hun An +5500 – After starting his career on the European Tour, the South Korean decided to play most of his golf here in the states and is having a solid season with three top 10’s. Inconsistency is a concern, but one of these weeks, he’s going to put four rounds together and soar to the top.