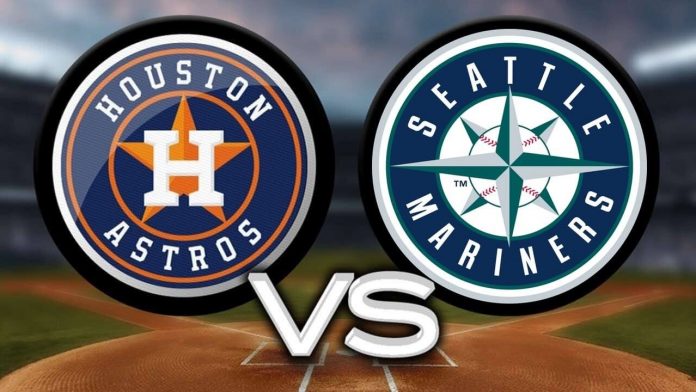 The Houston Astros are clearly the best team in the American League West, but they have yet to shake the Mariners and A’s. Houston can stretch its lead in a series this week against Seattle. Houston may only be four games better in the standings but has the superior personnel by a longshot.

The Mariners have had great close-game luck this season, which has kept them in position for a playoff berth despite a negative run-differential on the season. Seattle is at home which should make this a competitive matchup but the Astros have the superior offense and will aim to ride those bats to the win.

Seattle isn’t nearly as talented as the Astros but is right in the mix for the division title and a win in this one would draw it closer.

The game will be held at Safeco Field in Seattle, Washington at 10:10 p.m ET on on Monday, July 30th.

The Astros are better overall but each side has an elite pitcher on the hill and Houston is on the road, which mitigates its advantage. This could have close odds but look for the Astros to be the favorite.

Houston is 67-40 overall with a record of 35-16 on the road. The Astros have shown the ability to win anywhere with their dominant roster. The Mariners are 62-43 overall and have gone 34-19 at home this season and will aim to keep that up.

The Astros are projected to send Gerrit Cole to the mound. He is 10-2 with a sparkling 2.54 ERA on the season and a WHIP of 0.98. Cole had to pitch at Coors Field in Colorado last time out but still performed well, giving up only two runs in 6.1 innings of work with nine strikeouts. Cole had 186 strikeouts in 134.2 innings pitched so his success has been no fluke. The Mariners could have a tough time against him.

The Mariners will counter with James Paxton, who is 8-4 with a 3.70 ERA on the year. Paxton has been on the disabled list with a back injury but is scheduled to come off for this game. He was expected to pitch last week but he showed discomfort while warming up and the return had to be delayed. If Paxton suffers a setback it would greatly affect the odds. Paxton has 155 strikeouts in 119.1 innings pitched this year so he also has elite stuff.

The Astros’ positive run-differential is the best in the major leagues at 179. It bodes well for the future as run-differential can often be a better predictor of success than win-loss record. Houston is the defending World Series champion and has everything needed to make another deep playoff run.

While the Mariners are within striking distance in the standings currently they are heavy underdogs to pass the Astros in large part because they have a negative-3 run-differential despite a solid record. Seattle should be more concerned with staying ahead of the Oakland A’s for the second wild card spot than catching the Astros in the division.

The Mariners should be able to stick around because Paxton is a good pitcher and the team is at home, but the Astros are such a good team they are tough to bet against. Take Houston to capture a close one, putting a dent into Seattle’s year-long success in one-run games.

Take the OVER as there could be more runs than expected late.