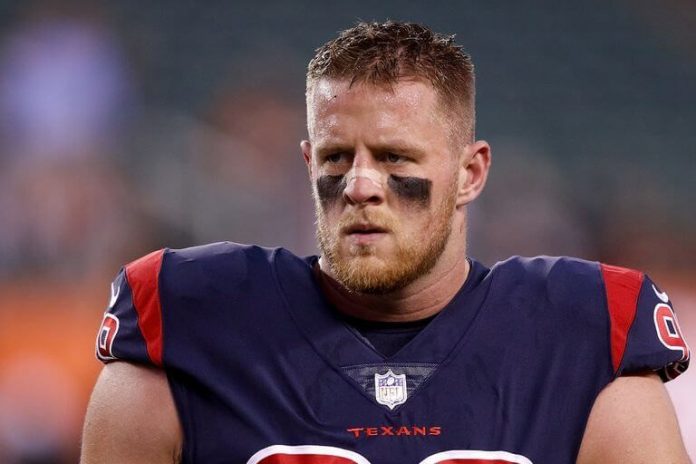 JJ Watt has won three Defensive Player of the Year awards in his career, and he is the favorite to do so once again in 2018. However, he doesn’t have great odds as he is coming off a serious injury and needs to prove he is still among the game’s superstars on that side of the ball.

The reigning Defensive Player of the Year is the Rams’ Aaron Donald, who is a absolute game-wrecker at the defensive tackle position. Donald is young and in the middle of a talented Los Angeles defense which just got better this offseason. However, he is currently holding out, unhappy with his contract terms. If Donald misses any games because of the dispute or is rusty early on, it would hurt his chances. Then again, Donald held out during training camp a year ago and hit the ground running, so it likely won’t slow him.

Donald is tied with another former DPOY winner in Khalil Mack. He is another player who is unhappy with his contract but these types of players are usually on the field for the regular season opener. Mack is a dominant talent, but the Raiders aren’t as good the Rams. If Oakland doesn’t force opponents to pass the ball a ton it could make it tougher for Mack to put up huge sack numbers.

Joey Bosa rounds out the quartet of players who are at the top of the pecking order as favorites. He is young and talented, starring for a Chargers team that is projected to win the AFC West. Bosa might not be considered an elite talent like those others but he has the same ability and could be poised for a huge year.

Broncos star pass-rusher Von Miller, Jaguars cornerback Jalen Ramsey and Panthers linebacker Luke Kuechly are on the next tier of candidates. Kuechly has won the award while Miller has been a longtime pass-rushing menace and Ramsey is making a name for himself as one of the game’s elite cornerbacks.

Defensive Player of the Year Odds

Watt is the favorite but he is not a good bet at +600. He is 29 years old and has only played eight combined games the past two seasons. There are too many questions to choose the favorite, who is certainly a great player but has to stay healthy.

Donald is a solid choice as he has a ridiculous amount of talent and may be at a discount currently because of his contract situation. The best choice among the second tier is Ramsey. He is playing on a great defense. Teams will still throw at him because A.J. Bouye is a star cornerback on the opposite side, while the pass-rush should make quarterbacks force ill-advised throws.

The best value on the board is Texans pass-rusher Jadeveon Clowney. The team should be better on offense this year, which will give him chances to pick up sacks late in gamew the Texans are winning. The presence of Watt on the other side will give Clowney plenty of single teams, and he is talented enough to dominate. Clowney had a career-high 9.5 sacks a season ago and could explode this year and win Defensive Player of the Year. If it happens, he will pay off very handsomely.