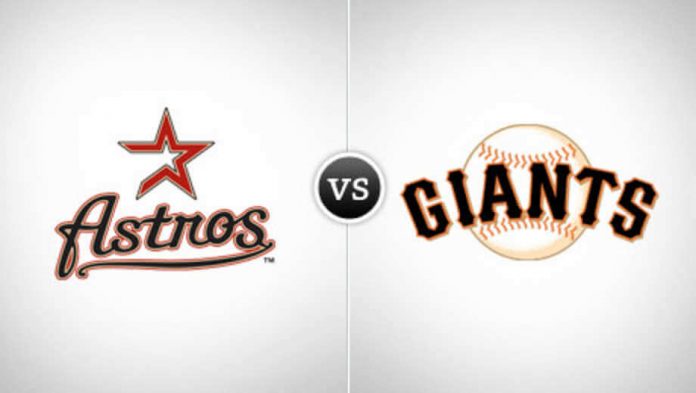 The Houston Astros are currently the best team in the American League West and will be facing the Oakland Athletics as the stretch run begins. Houston has much more talent but is dealing with injuries to several key stars right now so the reserves must keep the team afloat. The Astros will hit the road to take on the San Francisco Giants in a pivotal game for both sides to begin the week.

San Francisco is in fourth place in the National League West but is still hanging around, only five games back of the co-leaders Arizona and Los Angeles. The Giants need to excel down the stretch to sneak into the playoffs and must take advantage of facing a short-handed Astros team in this one.

The Astros enter this matchup with a record of 71-42 overall but have only won three of their past 10 while short-handed. Houston has been really good on the road this year with a 39-18 record.

The Giants are 57-56 this season. They have been much better at home than on the road this season. San Francisco enters with a 32-22 mark at home on the year and will aim to keep it up.

The Astros are expected to send talented right-hander Charlie Morton to the hill. He is 12-2 with a 2.90 ERA on the season and a 1.16 WHIP. Morton has 159 strikeouts in 124.1 innings pitcher as he can overpower hitters with his pure stuff. Morton gave up two runs in six innings while striking out eight in his last start, a win over the Mariners.

The Giants will counter with Dereck Rodriguez. He is 5-1 with a 2.59 ERA and a 1.12 WHIP in the season. Rodriguez has only started 10 games but he has looked good doing so. He limited the Padres to one run in seven innings last time out, striking out seven.

The Astros are dealing with several key injuries. Star second baseman Jose Altuve has a knee injury which has sidelined him, while star shortstop Carlos Correa is dealing with a back injury. Correa is on a minor league rehab assignment and could return this week, but he has only played in two games and is not expected back for this matchup.

Additionally, star outfielder George Springer injured his thumb on a slide Sunday and left the game. The severity is unknown but it would not be a surprise to see him out of the lineup as well. When Houston has everyone in the fold it has one of the most potent offenses in baseball, but the expected absence of Altuve, Correa and Springer takes some serious thunder away.

The Giants get a break with all of the Astros injuries, but don’t pencil them in for a win quite yet. Morton has dominated this season and should do well against a mediocre San Francisco lineup. The Astros are short-handed but they are still a good baseball team and will come away with this road win to right the ship a bit.

Our Pick: Astros on the money line.