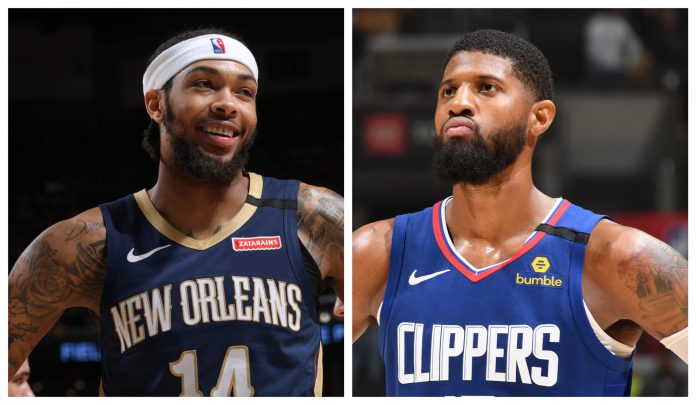 After having a game earlier in the week postponed due to COVID-related issues, the New Orleans Pelicans will get a chance to stop a three-game losing streak when they visit the Los Angeles Clippers on Wednesday night. The Pels were scheduled to open a seven-game road trip at Dallas on Monday, but that game was shelved after several Mavs players tested positive. The delay just prolonged the agony of three straight setbacks where New Orleans had a late lead in each.

Wednesday’s game will air live on ESPN with tip off at 10 p.m. ET from Staples Center in Los Angeles. BookMaker.eu will have betting options for every game on the NBA schedule. The teams are meeting for the first time this season and for the only time during the first half of the campaign. The Clippers had the better of last season’s series winning the final three of the four-game set. The only game at Staples Center resulted in a 134-109 Clippers victory when Kawhi Leonard went for 26 and Paul George had 18 points. The games were either close or they were a blowout with not much middle ground. The Clips had a pair of 20-plus point victories and another decided by three points. The Pelicans won the first meeting last season 132-127 in the Big Easy. The teams were 2-2 ATS with the OVER cashing in three of the four encounters. They have a few veterans on the roster but the core of the team is still young. And the Pels haven’t learned how to finish games yet. A 120-116 win over Toronto on Jan. 2 put them at 4-2 and with three more games on a home stand the Pels had a chance to become a feel-good story at the start of the season. Instead, they lost them all starting with a crushing overtime defeat to the Pacers when they blew a six-point lead in the final half-minute of regulation.

A setback like that can weigh on a team and the Pels might have had the yips in the latter stages of a game with OKC. They had a six-point lead with 95 seconds remaining only to lose another close contest. The final setback in the triad came against Charlotte in a matchup of the Ball brothers. Lonzo was awful missing 6 of 7 three-pointers and the Pels lost an 18-point second quarter lead falling 118-110.

Maybe it’s a good thing New Orleans hits the road after going 0-3 SU and ATS in the final three games of a four-game home stand. They have yet to play an away game in 2021 with their last road contest a 113-80 demolition of the Thunder in late December when seven players scored in double figures led by 20 from Brandon Ingram. The Pels are 2-2 SU and ATS on the road this season with all four games cashing the UNDER. For the first time since the season started the Clippers will have two full days off before taking on the Pelicans. And it’s not because of COVID either. That’s just how the schedule worked out and it comes at a good time since Leonard and the rest of the group has gotten banged up with the congested slate of games. Leonard recently missed a game after taking an elbow to the face. He also got nicked against the Bulls last time out but still managed to score 35 points with the help of seven three-pointers in the 130-127 win. “I’m good. We’ve got two days off to recover and I’ll be ready on Wednesday,” he said.

After going 4-1 SU and ATS to open the season, the Clips have alternated wins and losses over their past six going 2-4 ATS. They could be ready for a surge after Marcus Morris Sr. made his season debut last week, putting them at full strength for the first time this season.

Like every other team the Clippers aren’t without issues. They blew a 22-point lead in a loss to the Warriors last week and allowed Chicago’s Zach LaVine to hit 10 three-pointers. They also surrendered nine triples to Steph Curry and eight to Patty Mills in three of the last four games. They are scoring points with Paul George (25.0) and Leonard (24.4) leading five players averaging in double-figures. As they’ve shown recently no lead is safe with the Pelicans. And with the Clippers’ ability to score the basketball we should see plenty of offense in this one. While it’s probably a good thing New Orleans hits the road after a shaky home stand, they haven’t been away from the Big Easy much this season. And opening an excursion against the Clippers isn’t an ideal scenario, which is why throwing down on the home team looks like a smart play.