Home Latest News Is Legal Sports Betting About to Be a Reality in the US? 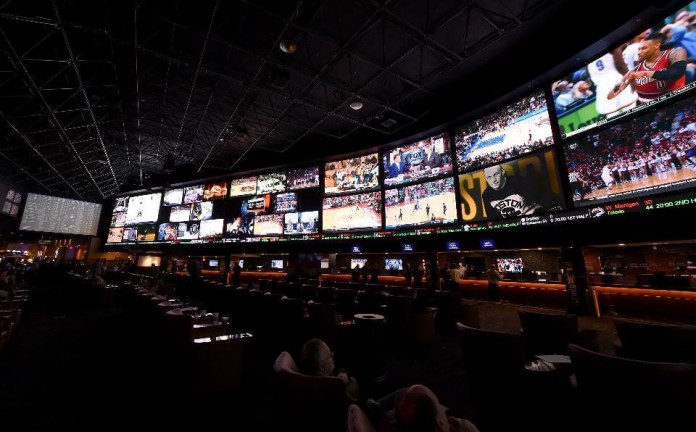 Many believe that the legalization of sports betting outside of Nevada is inevitable. The state of New Jersey has been the most proactive at getting a piece of the sports betting pie, and on Wednesday, the Third Circuit Court of Appeals will hear the state’s case for the second time to permit casinos and racetracks to offer legal sports betting.

Governor Chris Christie, who recently bowed out of the Republican candidacy for the US presidential election, has been a huge advocate for sports betting legalization in the Garden State, declaring time and time again that New Jersey would end up benefiting exponentially from what was estimated to be a $4.2 billion industry for Nevada sportsbooks in 2015.

This is New Jersey’s second attempt to try to put legal betting in place. The first attempt was shot down by a subpanel of judges from the Third Circuit Court in October 2015. The vote, which was lost 2-1, will be reheard by the entire Court of Appeals, a panel of 12 judges. Seven of the 12 must vote in favor of sports betting in order for it to be legalized within the state.

Rehearing cases is rare for the New Jersey Court of Appeals. Right around two percent of the cases that are heard by subpanels are ultimately heard again on a grand scale in front of the full panel, and the only way to get the rehearing is for that same panel to vote for it.

“It’s huge. Chances are, they wouldn’t have vacated the ruling if they were only going to later on confirm it,” said New Jersey Senator Raymond Lesniak.

The creative minds in the offshore oddsmaking business have even set odds on whether or not the state will legalize sports wagering. It’s somewhat of a tossup, but the oddsmakers are leaning toward thinking it will happen.

Will the New Jersey Court of Appeals legalize sports betting in the state?

Winning the right to get a rehearing was massive for New Jersey, but that doesn’t mean that gamblers can line up to place their bets later this week or that legal online sports betting is around the corner. Appeals often take months to be ruled upon, and just because a majority of the panel of judges agreed to rehear the case doesn’t mean that the necessary seven votes will be in play to legalize sports betting.

The appeals court will have to determine that the initial ruling by the subpanel was incorrect, and it isn’t often that the mass panel overrules the initial findings by the subpanel. It’s also possible that the Third Circuit will approve sports betting, just not in the form in which the state proposed by legalizing it through casinos and racetracks, meaning that the question of legal betting sites is still up in the air.

A victory in the Court of Appeals could open up the floodgates for other states to make similar rulings. The desire is there in many states to essentially repeal the Professional and Amateur Sports Protection Act of 1992, which banned any form of sports betting with the exception of Nevada, which was grandfathered in when the bill was passed.

Though it would take a federal ruling to overturn the Professional and Amateur Sports Protection Act, a win in New Jersey could ultimately make the law useless if it is challenged at the state level.

State laws and local laws always have and always will supersede federal laws on most monetary and legal issues, and if New Jersey is able to legalize sports betting, you can bet that other states will look to make the same arguments in their district courts. Wednesday, February 16, 2016, could be a historic day in the wide world of sports wagering.

There’s no question the industry is changing. Check out how Support is Growing for Regulated Sports Betting