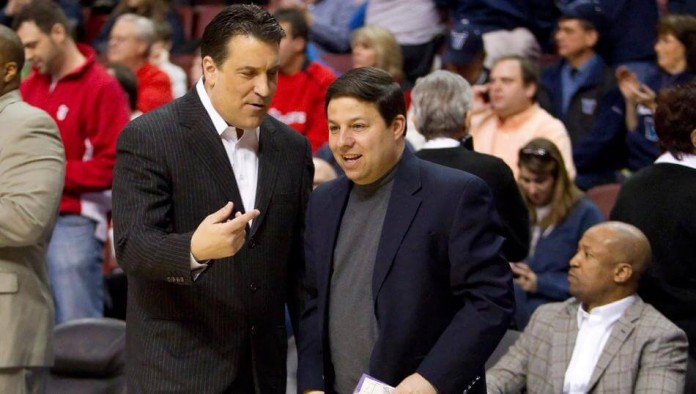 Lunardi’s first bracket for ESPN received over 250,000 hits in the first hour and a half it was posted. In the past, his brackets have received millions of hits over the course of a college basketball season. He has been a fixture on ESPN’s Bracketology program and on SportsCenter, especially during February and March when the NCAA Tournament’s March Madness heats up.

How Did Joey Brackets Become a Prop Bet?

Online sports betting website 5Dimes has posted a prop on Joey Brackets’ odds of picking all 68 NCAA tournament teams for 2016. Current 5dimes odds are set at +700. The unique prop has caught the attention of many college basketball fans, including famed sports commentator, Brent Musberger, who mentioned 5Dimes’ prop during the Monday night Texas-Oklahoma ESPN game broadcast.

Musburger is no stranger when it comes to sports betting mentions and references in his announcing, although he will usually not make a direct reference to gambling to stay politically correct. During the first half of Monday night’s Texas-Oklahoma game, Musberger did not mince words when ESPN displayed a graphic of Joey Bracket’s college basketball predictions for the Big 12. Musberger seemed delighted at the idea of the 5Dimes prop bet, saying:

Musberger’s excitement as he informs his viewers of this prop bet is unmistakable, even directly mentioning 5Dimes on his broadcast. Forget NCAA odds: now we’re looking at Joey Brackets odds.

Sounds like Musberger may have an account over at 5Dimes and might even have already placed a bet on this prop. Given that there are always last-minute surprises, we think getting +700 is not high enough odds for us to bet on Joey ‘Brackets’ Lunardi picking all 68 teams in the NCAA Men’s Tournament field, even if it’s right before the Selection Sunday announcement.

We can’t all be Joe Lunardi: is your NCAA bracket ready? Make sure you’ve got the perfect NCAA bracket with a 2016 handle that could top $1 billion