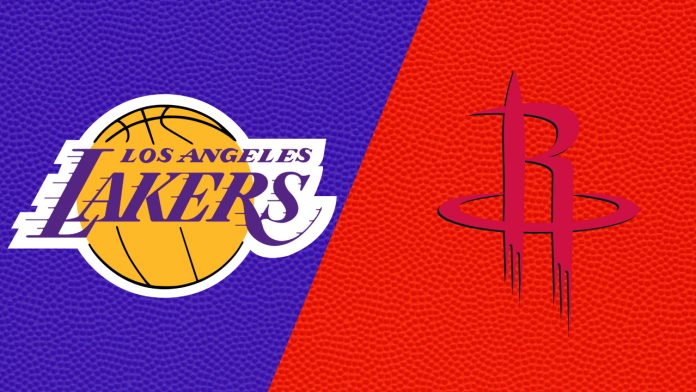 Bubble basketball has been mostly what people expected after the NBA’s four month shutdown. There have been some shiny moments and not so good times. Hopefully things get ironed out in time for the playoffs. And that’s exactly where we’ll find the Los Angeles Lakers and Houston Rockets in another week. Where they’ll be seeded and who they play remains to be seen, but there is a good chance the teams hook up at some point during the second season. Or is it the third season?

Winning two of their first three games inside the bubble guaranteed the Lakers the No. 1 seed in the Western Conference, for what it’s worth since there is no homecourt advantage. It took five months but the Rockets extended their winning streak to three games by taking down the Mavs and Bucks in their first two bubble games. The streak ended Tuesday with a loss to the Blazers. Houston is just three games back of the Clippers for the second-seed in the conference and one game up on OKC and Dallas with five games remaining. For seeding purposes this matchup is far more important to the Rockets.

Thursday’s game will air live on TNT with tip off at 9 p.m. ET inside the Florida bubble. BookMaker.eu will have betting options for every game on the NBA schedule.

The teams split their two pre-COVID meetings with each winning on the road in very similar games. Playing without Anthony Davis the Lakers got 31 points and 12 assists from LeBron with three other players scoring at least 20 points in a 124-115 victory on Jan. 18. Russell Westbrook and James Harden combined for 69 points and 11 of Houston’s 20 turnovers in defeat. Three weeks later the Rockets strolled out of Staples with a 121-111 win showing off their small-ball approach. Westbrook went off for 41 points to cover for Harden’s off-night and Robert Covington scored 14 points with eight boards in his team debut. LeBron also struggled scoring 18 points and the Lakers were just 9 of 31 from distance.

There isn’t much for the Lakers to play for now that they’ve secured the top seed. And playing twice in two days will have an impact on floor time. The Lakers face OKC on Wednesday. The starters will see minutes to work their way back into shape and get their timing down after the hiatus, but this game will lack the intensity of the earlier meetings.

AD is one who likely wants to see as much time on the court as possible. After dominating the Jazz with 42 points and 12 rebounds to clinch LA’s first No. 1 seed in a decade, Davis is salivating at the chance to pad his numbers against the undersized Rockets. He notched 32 points and 13 boards in his only matchup with the Rockets.

We expected offenses to struggle when play resumed and for the most part that’s been the case. The Lakers shot below 40 percent in their first two games before finding their stroke against Utah. They hit 50 percent of their shots but struggled from three-point range connecting on only 34.6 percent. They will have something to work on moving forward.

Don’t talk about slow starts to the Rockets. In their first bubble game they outlasted Dallas, 153-149, in overtime behind 49 points from Harden. Getting a late start after testing positive for the coronavirus, Westbrook added 31 points. “I was a little slow tonight but I’ll definitely be better moving forward,” he said. Proving that the bubble is a sprint to the finish, the Rockets used just eight players with all five starters playing over 40 minutes. The teams combined for a NBA season-high 160 first half points.

It could only get worse from there, and it did. The point total dropped considerably the next two games, though the Rockets did collect a 120-116 victory of Giannis Antetokounmpo and the Bucks on Sunday. With Harden in foul trouble and Westbrook finding his legs, the Rockets were upended by Portland, 110-102, on Tuesday.

With six teams separated by just four wins in the West, the next week is going to be interesting. Houston is right in the middle tied with Utah and just one victory better than OKC and Dallas. They don’t play any of the five and need Ws to improve their standing. That means we’re going to see a lot of the highest scoring teammates in the NBA the rest of the way.

Simply put there’s more at stake for the Rockets in this matchup which is why they win the game. Westbrook is getting his conditioning back and Harden will shoot the basketball at any time. I expect Frank Vogel and the Lakers will work on getting guys like JR Smith and Dion Waiters up to speed with the outcome not a factor. We’re also seeing point totals go up and while these teams can fill it up they will fall short of the total.