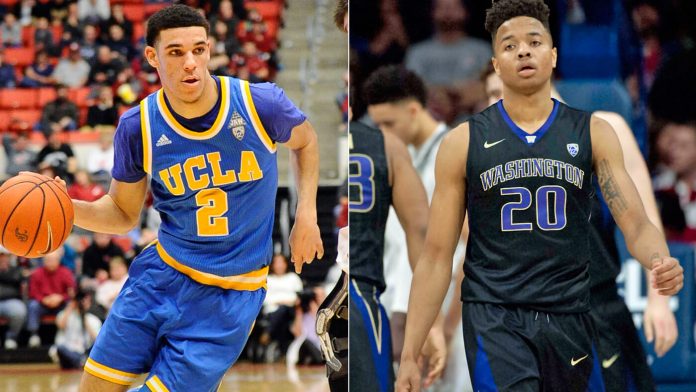 The NBA Draft might still be a day away, but there’s already a slew of excitement surrounding what might be the deepest rookie class we’ve seen in years. There have already been some massive trades centered around the draft, and more could be coming down the line before all the picks are said and done with on Thursday night.

At this point, it’s fairly clear that Markelle Fultz is going to the Philadelphia 76ers with the No. 1 pick in the draft. The Sixers gave up a future first-round pick – potentially one that could be as high as No. 2 next season – as well as the No. 3 pick in this draft to snare the top choice from the Boston Celtics. But Fultz brings star-power and an immediate scoring threat to a team merely needs to fill out its backcourt to have a potential dynasty on its hands.

BookMaker.eu has tipped Fultz to average 12.5 points and 2.5 assists per game in his rookie season. The Washington Husky averaged 23.2 points, 5.9 assists and 5.7 rebounds per game in college, though it should be noted that he played on a 9-22 team that didn’t have much in the way of talent surrounding him. Fultz will be asked to be as much of a facilitator as anything else in the Philadelphia offense, and that could cut down on his scoring opportunities, especially since this is going to be the best collection of talent he has ever played well.

The 76ers didn’t have a single guard average 10 points per game last season. Nik Stauskas led the way with 9.8 points per game. T.J. McConnell and Sergio Rodriguez were the club leaders in assists at 6.6 and 5.1 per game respectively, though neither figures to spend nearly as much time on the court once Fultz is donning Sixers gear.

The case of Lonzo Ball is a far more interesting one. He refused to work out for the Celtics when they had the top pick in the NBA Draft, and he hasn’t given the 76ers the time of day either. The only team that Ball (and his outspoken father, LaVar Ball) wants to play for is the Los Angeles Lakers. The Lakers happen to have the No. 2 pick in the NBA Draft.

The Ball/LA match seems to be made in heaven. Ball is a California kid through and through, and the Lakers desperately need another guard for their backcourt. Up until Tuesday night, it seemed as though Ball would be splitting that backcourt with D’Angelo Russell, but Russell was shipped off to Brooklyn for an extra first round pick, Brook Lopez’s expiring contract and the ability to get Timofey Mozgov’s albatross contract off the books.

Thus, Ball will immediately be expected to come in and be the bona fide point guard for this team. Though Ball doesn’t seem to be quite as polished offensively as Russell at this early juncture of his career, it would be easy to compare what Russell has done in his Lakers career with what could be expected of Ball as a rookie. Russell averaged 15.6 points and 4.8 rebounds per game in 2016-17.

Ball wasn’t quite the scorer Russell was in college, averaging 14.6 points per game in his one season at UCLA. That said, he was one of the nation’s top passers, averaging 7.6 assists per game.