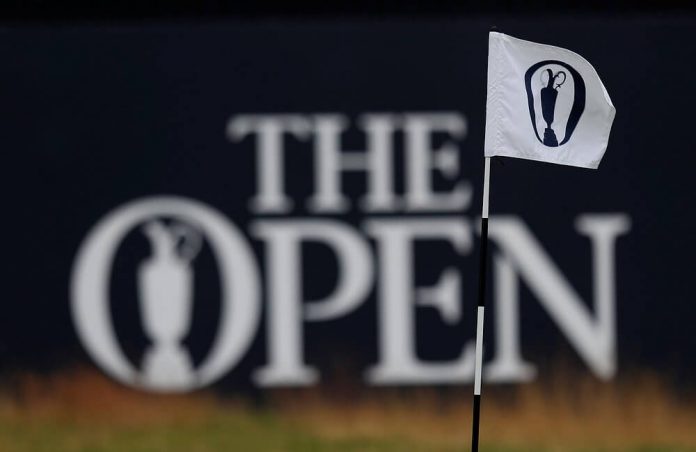 This is the third edition of the BigOnSports Golf Rankings comes heading into the Open Championship, and not a lot has changed at the top, but a few players have fallen on hard times and a few others have climbed into the top 10.

Let’s take a look at the BigOnSports Open Championship edition golf rankings. You will find them very interesting and quite different from the official rankings.

Summary: Jason Day climbs back into the top ten, as does Justin Rose. Francesco Molinari makes his first appearance into the top ten. Players fallen out include Adam Scott and Tyrrell Hatton. World No. 7, Henrik Stenson continues to be on the outside looking in.

Alex Noren (8) – The Swede has won five times in his last 22 starts and recently won the biggest event in Europe, the BMW PGA Championship. He doesn’t quite make my top ten due to his play in the majors and bigger events on this side of the pond. If he can play well at the U.S. Open, he clearly will be in the top ten in the next issue.

Adam Scott (12) – The veteran Aussie fights his putting on a weekly basis and at the end of the day, that’s the difference from him winning or finishing in the top ten. His last five starts have not been that impressive; MC-T9-T36-T6 and T31. He’s going to have weeks where his ball striking carries him to a win, but inconsistency with the flatstick will always hold him back and why he’s not ranked any higher.

Henrik Stenson (7) – He’s still ranked high in the official rankings, but has fallen back a few spots. He continues to struggle and quite possibly could be on his way down as his best days may be in the rearview mirror. The Swede hasn’t done much this year and doesn’t warrant a top ten ranking.

Thomas Pieters (24) – One of the longer-hitters in the world, we saw how good he can be at the Ryder Cup where he went 4-1. He’s already earned exempt status on the PGA Tour with top finishes in LA and more recently at the WGC – Mexico Championship. The Belgian continues to dazzle us with his superb play, most recently at the Masters where he tied for third Clearly he loves the big stage and could contend at the U.S. Open.

Players on the Rise

Kevin Kisner – No. 19 – He’s climbed all the way into the top 20. That may be his ceiling but after losing a playoff at the Zurich Classic, he backed it up with a win a few weeks later at the DEAN & DELUCA. In his last start he tied for seventh at the Memorial. You can expect to see Kisner on the President’s Cup team this fall and on future Ryder Cup teams. He’s that good!

Kyle Stanley – No. 92 – The former Clemson star contended at the PLAYERS Championship before settling for a T4. He backed that up with another strong performance at the Memorial where he tied for sixth, his fourth top ten of the year. He’s rising in the rankings – almost 40 spots since the last edition. Don’t be surprised if he grabs a win this year and climbs into the top 50.

Danny Willett – No. 28 – Willett makes the list again. “One hit Wonder” Willett continues to fall and fall hard. As predicted, he is falling off the face of the earth in the world rankings. He’s all the way down to No. 28 and will continue to plummet. His game is bad. He misses cuts on a regular basis and is one of the most overrated players in the world. He may take a leave from the game, his game is that bad.

Zach Johnson – No. 67 – The two-time major champion fell 11 more spots since the last rankings. His recent switch of equipment have created a lot of disappointing finishes. The once ball-striking machine is now just an average player and I hope they paid him well because his on course play is the worst I’ve seen it. He used to be one of the most dependable players in the game and now is a huge risk, mainly due to the new clubs in his bag. He continues to fade in the rankings and will continue to do so. You won’t see him on the President’s Cup team this fall. His game is gone!

Former World No. 1 Tiger Woods has hit rock bottom. Another back surgery and his recent arrest for DUI have pretty much washed him away. Sad, but true, Woods is finished!

Check back the week before The PGA Championship to get the fourth edition of the BigOnSports golf rankings.