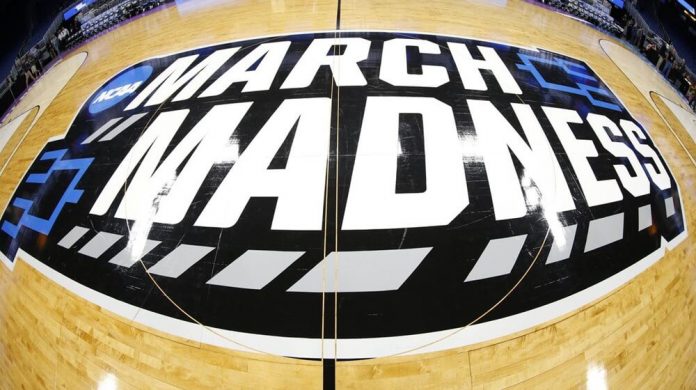 The Wichita State Shockers were expected to be one of the best teams in the country at the outset of the season. While Greg Marshall’s troops ended up winning 25 games and went 14-4 in the American Athletic Conference, the end results still failed to live up to expectations. Their efforts earned them the No. 4 seed in the East Region, and they’re favored to move onto the next round by double-digits over a Marshall Thundering Herd squad that wouldn’t have sniffed the NCAA Tournament had it not received the auto bid by winning the CUSA Tournament as heavy underdogs. Must be a cake walk matchup for the Shockers, right? Think again!

No. 13 Marshall Thundering Herd vs. No. 4 Wichita State Shockers 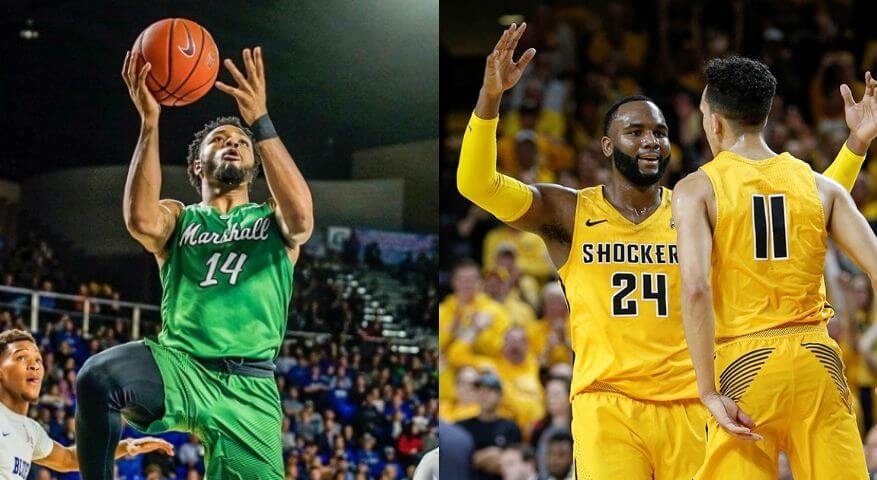 Viejas Arena will be in for a treat on Friday morning when the Thundering Herd match wits with the Shockers in one of the day’s early tips. Marshall will no doubt be pumped to take to the hardwood for this one with this game representing the program’s first appearance in the NCAA Tournament dating back to 1987. They’ll do so red hot having logged four straight wins both straight up and against the spread after upsetting Western Kentucky as 5.5-point underdogs in the CUSA Tournament finals.

The Thundering Herd are led by stud guard Jon Elmore. He enters this tilt CUSA’s leader in points scored ( 22.8 ) and assists ( 6.9 ) per game. He’s complimented in the back court by junior guard C.J. Burks who also averages better than 20 points per game. Fresh off being names the CUSA tourney MVP, big man Ajdin Penava proved to be a force on the blocks by swatting away a grand total of 125 shots.

This trio helped lead the offense to a conference-best 84.3 points per game, and the unit is likely to have a field day against a questionable Shockers defense that’s proven to this point to be the team’s Achilles Heel.

As good as Marshall proved to be at the offensive end of the court, they also proved to be just as bad as not worse at the other end of it. The defense was gouged for nearly 79.0 points per game ( No. 321 ) with the unit allowing the opposition to convert at a 44.1 percent clip and drain 7.0 long range shots per game.

That will no doubt have Landry Shamet and company licking their chops for what’s expected to be one of the bigger shootouts set to go in the first round of March Madness betting. As yawnstipating the Shockers defense has been all season, it flat out got the job done offensively in averaging 83.0 points per game ( No. 20 ) while shooting a blistering 47.8 percent from beyond the arc ( No. 36 ).

There shouldn’t be much of an issue converting from downtown in this one with the Shockers averaging 9.1 3-point makes per contest. Wichita State should hang a crooked number with it ranked No. 5 in assist-to-turnover ratio, but the Thundering Herd’s ability to force turnovers of their own ( No. 79 ) makes laying the heavy chalk less appetizing.

The Shockers enter the dance one of the better over bets in the Field of 64. They cashed over bettors’ tickets in 20 of their 30 lined games, and enter this first round tilt having played to high scorers in three of their five played neutral court matchups. Surprisingly, Marshall only played to the over at a 16-15 overall clip, but that largely had to do with oddsmakers making you pay a premium with their totals by inflating them every passing game. Regardless, the Thundering Herd have gone 5-2 to the over in their last seven games with an average of 160.1 points denting the scoreboard. The pair of low scorers occurred against Western Kentucky in the finals of the CUSA tourney and Middle Tennessee State who owns a defensive efficiency ranked No. 31 in the country. Wichita State checks in at No. 107!

Early line movement on the March Madness betting odds has seen money come in on both Marshall and surprisingly the under. At the time of this writing, nearly 62 percent of the handle was backing the Thundering Herd dropping the spread a half point, while over 75 percent hit the low side of the total dropping it a full point to 166.5. I agree wholeheartedly with the former, but beg to differ with the latter.

Marshall has the scorers and playmakers to run with what I believe to be an overrated Shockers outfit. Wichita State has been nothing short of a money burner thus far by going 12-18 against the spread, and failed to cover both instances it was lined between 10 and 12.5-point road favorites winning those games by an average of 3.5 points per game. With Marshall fighting to the bitter end and likely hopeless at preventing the Shockers from lighting up the scoreboard, I’m expecting this to play out to one of those thrilling must-see March Madness shootouts and will wager upon it as such.