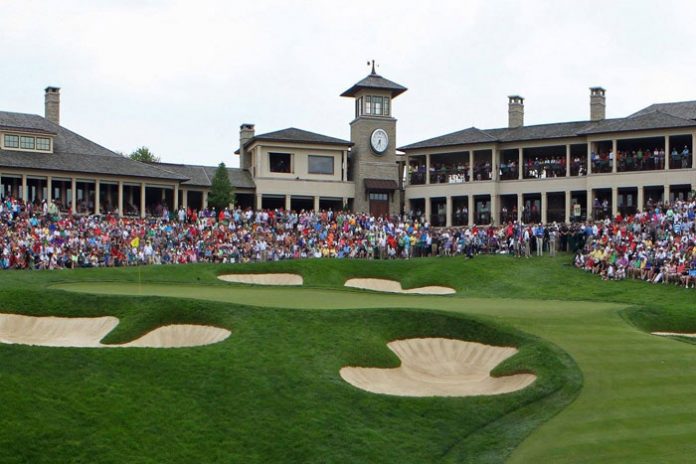 World No. 1 Dustin Johnson and No. 3 Jason Day headline this week’s Memorial Tournament presented by Nationwide.

Johnson, the current FedEx Cup leader, is trying to regain the form he possessed before his freak accident on the eve of the Masters Tournament. His last two starts have produced a T12 and T13, which is good for most, but not for him.

Day lives in the Columbus area, and he is a member at Muirfield Village. In his last start, he lost in a playoff at the Byron Nelson so his game is on the rise.

Reigning FedExCup champion Rory McIlroy has pulled out of this week’s Memorial due to lingering rib issues. His next scheduled start is now the U.S. Open in mid-June.

The betting field is loaded as usual with seven of the top 10 and 18 out of the top 30 in the OWGR.

A year ago, Jon Rahm was playing college golf and earned the prestigious Jack Nicklaus Award. Now, he’s the No. 12-ranked player in the world, and the Spaniard is hungry for his second win.

Muirfield Village Golf Club is the only course that has hosted the tournament. Built in 1974 by Jack Nicklaus, the first Memorial event was two years later and soon became one of the players’ favorite courses. The layout measures 7,392 yards and plays to a par 72.

Last year, McGirt picked up his first PGA Tour victory by outlasting Jon Curran in a playoff. Clutch par saves clinched the victory for the South Carolina pro who went the last 22 holes at Muirfield without a bogey. Persistence paid off for McGirt and after 165 starts on the PGA Tour, he finally broke through.

Six of Memorial’s past 13 champions have been international players. Before that, just three of the first 27 came from outside the United States.

Tiger Woods is the only player to claim repeat titles. Woods booked three straight victories from 1999-2001, but now he’s facing a different type of booking from a Florida police department.

DUSTIN JOHNSON +600 came close last year at the Memorial, missing out on the playoff by a single stroke. Since then, Johnson has elevated his game to another level; in fact, no one is better on the planet. The course should be a perfect fit for the long hitters this week. The driving areas are wide and the par 5s are easily reachable. Johnson takes advantage of his length and grabs his fourth win of the year.

Stay away from BUBBA WATSON +10000. Something is up with his game as he continues to struggle week after week. I mean, when is the last time you saw him at 100-1. He’s missed cuts in four of his last eight starts and until I see a change, I’m all OUT on Watson.

TOMMY FLEETWOOD +10000 plays most his golf on the other side of the pond, but he is a proven winner over there. He opened up a few of our eyes when he finished runner-up to Dustin Johnson at the WGC Mexico Championship earlier this year. The price is right for Fleetwood to thrive this week in Buckeye Country.