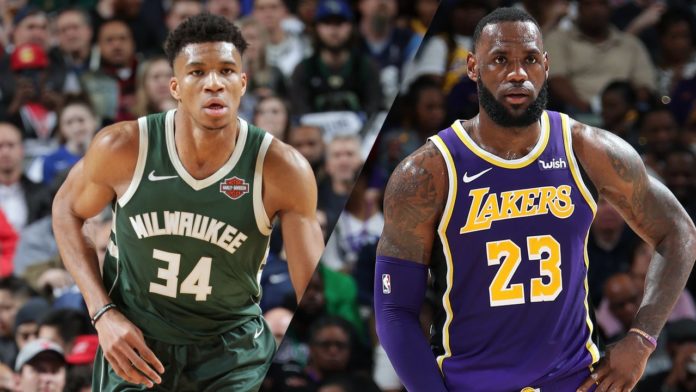 Just when the Milwaukee Bucks start to make a run and look like the best team in the NBA, they hit a wall. After winning eight in a row and 13 of 14, the Bucks have dropped three straight heading into Wednesday’s encounter with the Los Angeles Lakers.

Milwaukee plays the second of a six-game road trip after getting smothered by the Clippers at Staples Center on Monday night. The league’s second-highest scoring team has struggled during the slide and faces a Los Angeles team that stresses defense. The Lakers emerged with a payout victory in the earlier meeting, 113-106.

Wednesday’s game will air live on ESPN with tip off at 10 p.m. ET from Staples Center in downtown Los Angeles.

With two-time reigning MVP Giannis Antetokounmpo and a strong supporting cast, the Bucks are clearly a top team in the Eastern Conference and the NBA. They just haven’t been as consistent as they were the previous two seasons when they posted the league’s best record. When the Bucks were in the middle of a five-game losing streak last month, Giannis said he wasn’t overly concerned since the club is more focused on playing its best basketball at the end of the season in order to get over the playoff hump.

They were locked in during a recent eight-game winning streak and a stretch of 13 wins in 14 games. They were 7-7 ATS during that run with the OVER at 9-5. Points have been scarce recently with the Bucks averaging just 105 during the three-game skid. Part of that had to with Giannis, Khris Middleton and Jrue Holiday sitting out a loss to the Knicks, but it’s a disturbing trend just the same.

The Lakers are attempting to weather the storm until their big guns are healthy to play. They lost the game in which James was injured and dropped three in a row after that going 0-4 ATS. There was some relief with wins over Cleveland and Orlando, but those teams are on the other end of the spectrum than the Bucks. It was bad enough for LA when Davis was injured and they just figured out how to win with him out of the lineup.

Now with James also on the shelf, the Lakers struggled against tough competition losing by 17 to Phoenix and dropping an 8-point game to Philly at home. The Lakers are 2-3 SU and 1-4 ATS in the last five games both James and AD didn’t play.

While the Bucks have been efficient offensively they also had a reputation as a strong defensive club. That hasn’t been the case this season compared to the previous two and that’s why we’ve seen them go back and forth. They can score points but they also give up quite a few, which is why the OVER is 8-2 in their last 10 games. In their last game the Bucks surrendered 19 three-pointers and were outrebounded 46-32. The result was a 129-105 loss to the Clippers.

“They were creating a lot of good looks. We got to be better defensively,” Mike Budenholzer said after the most recent setback. It doesn’t matter how many points you score if you can’t stop the other team. The good news is that the Lakers are without their top two scorers and their offense has sputtered. The Bucks are looking to get back in a defensive groove, too.

The Lakers are trying to figure out their roles without their top two players. It’s clear that Kyle Kuzma, Dennis Schroeder and Montrezl Harrell supply the offense. Including the game James was hurt the Lakers are averaging less than 100 points. They dropped that contest to the Hawks and were 0-4 SU and ATS until the slide ended with a payout win over Cleveland. In an attempt to plug the hole while the stars recuperate, the Lakers signed Andre Drummond, who’s expected to start on Wednesday.

Drummond was having a nice season for the Cavs averaging 17.5 points and 13.5 rebounds until they decided he wasn’t a part of their future. They buyout allowed Drummond to negotiate with any team eventually choosing the Lakers. “I think our team got a whole lot better,” Frank Vogel said. Drummond hasn’t played since Feb. 12 so stamina could be an issue.

The Lakers beat the Bucks earlier this season holding them well below their scoring average in a 113-106 decision. They also saw James and AD combine for 52 points in that one. Things will be a little different on Wednesday making it hard for me to believe the Bucks will lose another one to the Lakers. I do think the spread is too high so I’m backing the home team.