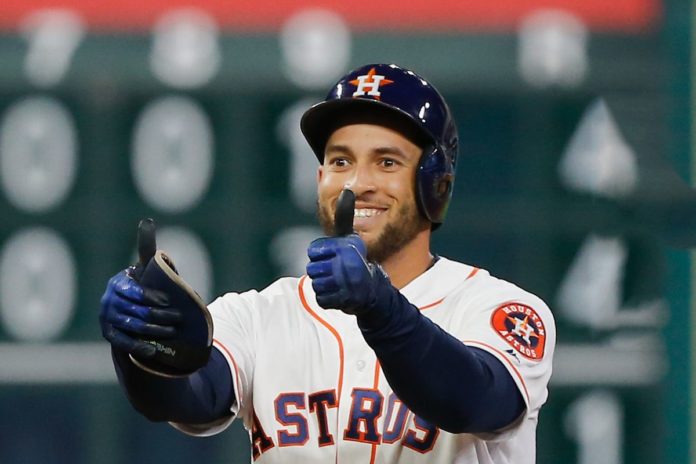 The Houston Astros and Oakland A’s play in the first of what’s expected to be many heated battles over the course of the regular season. Dusty Baker’s Astros removed the A’s from the postseason in four games, and did plenty of bragging along the way so they wouldn’t forget it.

Getting the start for the Astros will be Zach Greinke who is looked upon as the mentor for a young and promising starting staff. Opposing him is Chris Bassitt who settled in as one of Oakland’s more dependable starters during the shortened COVID season. The A’s won 8 of 14 matchups between these teams last season, but failed to come through when it really mattered.

The first pitch between the Houston Astros and Oakland is scheduled for Thursday, April 1, 2021, at 10:07 p.m. ET from Ring Central Coliseum and airs live on ESPN.

The Astros were dreadful in the visitor’s role last season with a 9-21 overall record. It was a much different story when playing at home in Minute Maid Park with a 20-10 record.

Oakland won money for baseball bettors in 2021 with all the profit coming at home where it went on to log a 21-9 overall record. They also played a .500 record on the road 15-15. The A’s record when hosting the Astros in 2020 was 6-3, with the under winning money in all but three of those matchups.

Zach Greinke: It’s hard to believe it’s been 18 years since Greinke first appeared in the big leagues. The now veteran will start in the series opener looking to build off last season’s mediocre record that saw him go 3-3 with a 4.03 ERA, 1.13 WHIP and .256 BAA. He was better at home than on the road where he failed to log a single win through six starts and pitched to an inflated 4.59 ERA and 1.20 WHIP.

Chris Bassitt: A year after racking up 141 strikeouts and issuing 47 free passes through 144 total innings, the righty followed it up with 55 Ks and only 17 walks through 63 regular season innings. Bassitt is clearly starting to understand what it takes to be a pitcher at the big league level.

Bassitt was nearly unhittable at home where he allowed a grand total of 29 hits 0 HR and only 3 ER through 37+ innings last season. He opposed the Astros three times and conceded a total of 5 ER through 17 innings .

Oakland tried to defeat Houston in the playoffs last season, but simply couldn’t. Their roster is healthy now with Matt Chapman’s back at the hot corner where it was missed in last year’s ALDS. Though both rosters suffered some attrition in the offseason, Oakland is the side that enters this game with much more to prove.

On top of that, Bassitt has been money in the bank when playing the Coliseum. I think that the A’s go all out to get the season started off in the win column. So lay the small price with the A’s on the money line and even the run-line to increase the payoff.