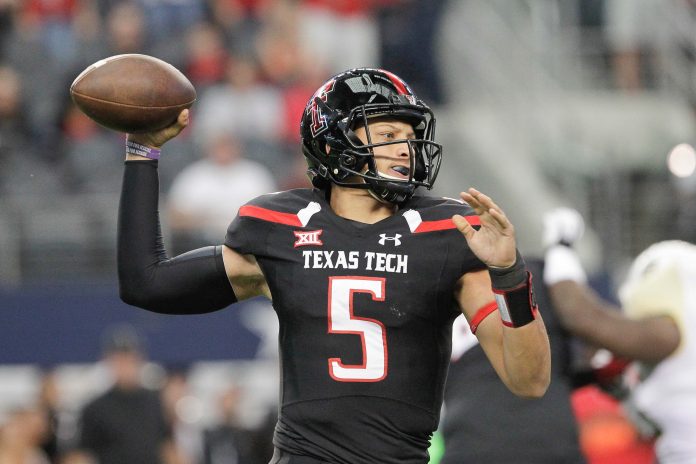 The Texas Tech Red Raiders have always had one of the most explosive offenses in college football. This year, they are giving defense a try. Texas Tech has questions on the offensive side of the ball but is expected to be competitive because of its newfound ability to slow down opponents. That will be tested in Week 1 when it faces the Mississippi Rebels in an interesting Big 12/SEC showdown.

Mississippi had an offense that got rolling by the end of the year and returns a lot of talent. This is a very intriguing matchup and may help detail which team has the potential to push for a quality bowl game at the end of the year.

The Mississippi Rebels and Texas Tech Red Raiders will face off on Saturday, September 1st, 2018 at 12 p.m. ET at NRG Stadium in Houston, Texas. The game will be nationally televised on ESPN.

The game is being played at a neutral site at the home of the NFL’s Houston Texans. The Red Raiders are listed as the two-point favorites and they are getting a little more than 54 percent of the action to cover the spread.

The Texas Tech defense must concentrate on Mississippi’s star wide receiver, A.J. Brown. Brown had 75 catches for 1,252 yards and 11 touchdowns a season ago. He is projected to be a first-round pick in the NFL draft this April and should be fed early and often in this one.

Texas Tech has some solid players on defense but there isn’t anyone that is likely to consistently shut down Brown all game. If he can haul in a touchdown and surpass 100 receiving yards, it should give the Rebels a decent shot at the victory. Brown put up big numbers last year despite the team changing quarterbacks in the middle of the season and figures to dominate in 2018.

Texas Tech is returning 10 defensive starters this season. So even though the Red Raiders gave up a middling 32.2 points per game and finished under .500 a year ago, the return of so much experience is the reason for optimism.

Texas Tech was really bad defensively two seasons ago before taking a nice step forward. The rush defense, especially, played well and if the group can continue that in 2018 a bowl game could be on the horizon.

This is a big game for those chances and a winnable one. The Red Raiders were good at forcing turnovers a season ago, coming away with 29 of then. If the group can be opportunistic in this one it will be in good shape to pick up the win.

Mississippi is ineligible for a bowl this year, which might take some of the luster off the season opener. Texas Tech fans could be more amped up, which could lead to a de facto home field advantage even though this is a neutral site.

The Red Raiders are slight favorites and should be able to cover this spread on the strength of a nice defensive effort to open the year.