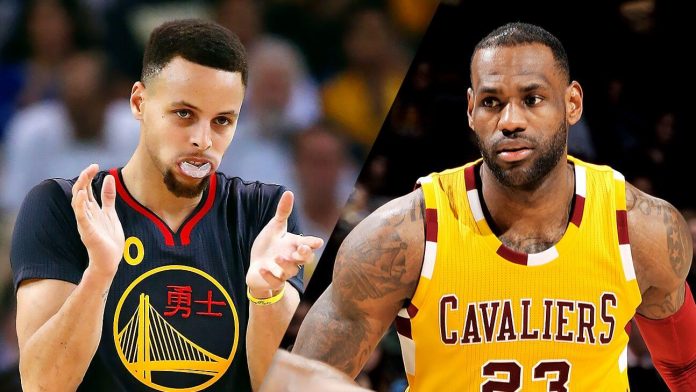 The NBA Finals isn’t looking like much of a series after the Golden State Warriors took a 2-0 lead with a 19-point drubbing of LeBron James and the Cleveland Cavaliers in Game 2. The Dubs are heavy favorites to win their second straight O’Brien Trophy and third in four seasons, and they took a gift handed them in the opener and ran with it, demolishing the Cavs on Sunday behind a Finals record nine three-pointers from Stephen Curry.

Cleveland faced a similar situation in the previous series, losing the first two on the road to Boston. And they responded by winning Game 3 of that series at the Q and eventually knocked off the Celtics in seven games to reach the Finals for a fourth straight season. The Warriors have been dominant at home this postseason, but they’ve been average on the road with a 4-4 record. The Cavs are looking for that combination to click so they can get back in the series.

The Warriors used an impressive shooting display on Sunday to take a commanding lead in the series, and they appeared to be sparked by Klay Thompson, who was questionable ahead of Game 2 after sustaining an ankle injury. Thompson’s inspired play rubbed off on his mates and the Dubs shot a blistering 57.3 percent from the floor. Klay hit 8 of 13 shots for 20 points and Curry was just as destructive going for 33 points making 9 of 17 three-pointers. It was also just a matter of time until Kevin Durant escaped from a shooting slump. KD scored 26 points on 10 of 14 shooting. The trio has combined for 79 points in each of the first two games to help over bettors cash their tickets.

Bringing an eight-game home playoff winning streak into Wednesday’s affair, the Cavaliers are hopeful that magic continues. And they should feel good with James on their side. LeBron did everything but get the Cavs a win in Oakland. He scored a Finals career-best 51 points in the opener and followed that with 29 in Game 2 while shooting a combined 55.8 percent from the floor. His teammates haven’t helped on either end of the floor with the rest of the club shooting only 38 percent while the Dubs were scorching the nets. The Cavs turned the tables on the Celtics in the East Final, winning Game 3 at home by 30 points, and they need to do the same on Wednesday to get back in the series.

79 – The trio of Durant, Curry and Thompson combined to score 79 points in each of the first two games and the regular season’s most productive offense was on full display. Defensively, the Cavs haven’t been able to key on one player with all three going off, and that’s made life difficult for them. The Warriors shot 57.3 percent in Game 2 with Curry hitting nine triples for 33 points. Durant and Thompson combined to make 18 of 27 shots and the Dubs connected on 47 of 82 overall. In the two games the Dubs are shooting over 54 percent from the field while topping the 120-mark each time. It’s hard to imagine that pace continuing, but if it does the Cavs will be done quickly.

It looks like Andre Iguodala is getting ready to make his return to the floor and the Dubs will be that much stronger. However, a return home should boost the Cavs’ chances. They have won eight straight at the Q and looked like a different team on their own floor in the previous series. And you can’t expect the Warriors to keep shooting lights out. LeBron had some assistance on the offensive end from Kevin Love and George Hill in Game 2, and the Cavs sure could use a breakout game from J.R. Smith. As bad as things looked in NorCal, the Cavs were a head-scratching play away from a possible split. Their Game 2 letdown was almost expected after the crushing overtime loss in the opener. This one turns out differently, though. The Dubs cool off and the Cavs use the homecourt to their advantage for a victory.