With the regular season winding down, there are still several questions that need to be answered. The Houston Rockets locked up the best record in the NBA and the top two spots in each conference are accounted for. We just don’t know what’s happening in the East with the Raptors and Celtics battling for the best record while the Cavaliers and 76ers are in the running for the third-seed. We could get some clarity on that situation when Cleveland visits Philly on Friday night in one of our highlighted games of the week.

The Oklahoma City Thunder and reigning MVP Russell Westbrook look to improve their standing in the Western Conference and exact a bit of revenge on the Rockets, who ousted them in the first round of last year’s playoffs. OKC can secure a top-4 seed and the home court advantage that comes with it, but they need to win a few more games to stay ahead of the pack in the congested conference. 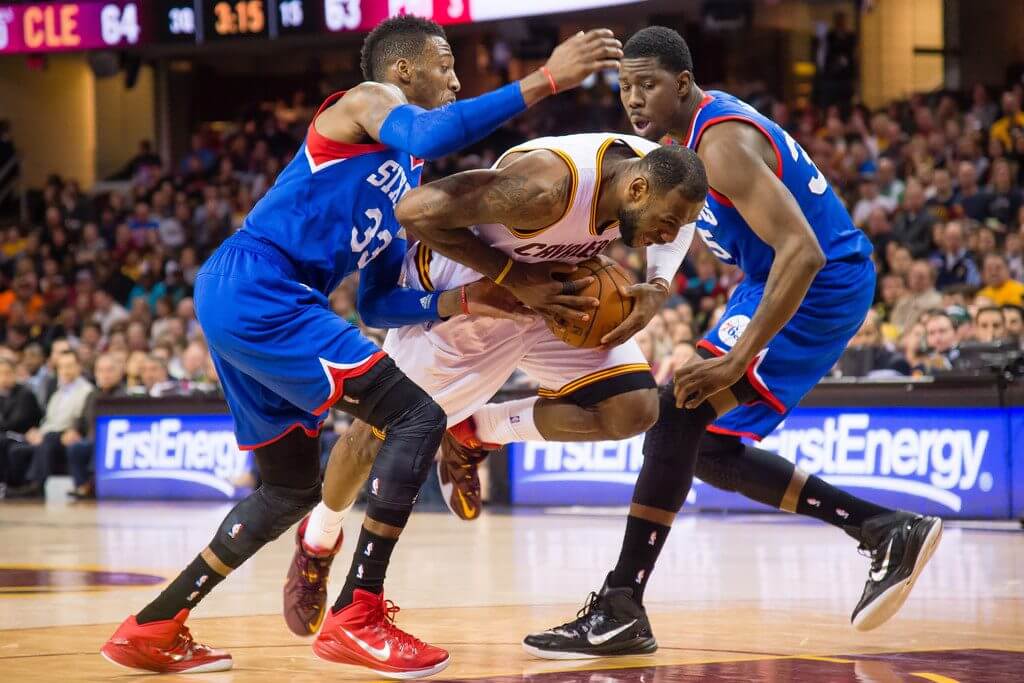 The Cavs started to put things together by winning nine of 10 games, and they’ve needed every one of those wins to stay ahead of the Sixers in the Eastern Conference playoff race. LeBron James is doing his best to get another MVP award and he’s carried the Cavs all season, through a roster overhaul and injuries. The King has played in every game this season and is averaging career-bests in rebounds and assists per game while his scoring average is the highest it’s been in eight seasons.

The only team hotter than the Cavs is Philly and the process has paid off with a playoff berth. But the Sixers are hungry for more and they are vocal about their goal of securing a top-four seed and home court for the first round. And they’ve shown how deep their roster is by winning 11 straight games, including the last three without Joel Embiid. Ben Simmons had another monster game in a win over the Nets with 15 points and 12 rebounds in 25 minutes of run time.

Embiid has blossomed into one of the best big men in the game and is a huge reason why the Sixers are going to the postseason for the first time in six years. He leads the club in scoring with nearly 23 points per game while hauling down 11 boards per contest. He’s also been durable this season, playing in 63 games before being shelved with a facial injury that was administered by a teammate. The Sixers won three straight games after Embiid was hurt, beating Atlanta, Charlotte and Brooklyn. The competition stiffens when the Cavs come to the City of Brotherly Love on Friday.

In James, the Cavs have perhaps the only player who can match up with Simmons in every facet and still outperform the rookie. And Cleveland is getting bodies back on the floor with Kevin Love, Larry Nance Jr. and Rodney Hood all given a clean bill of health. Philly had the benefit of a soft schedule over its 11-game run while the Cavs beat the East-leading Raptors twice. And without Embiid, Philly will suffer at the hands of King James. 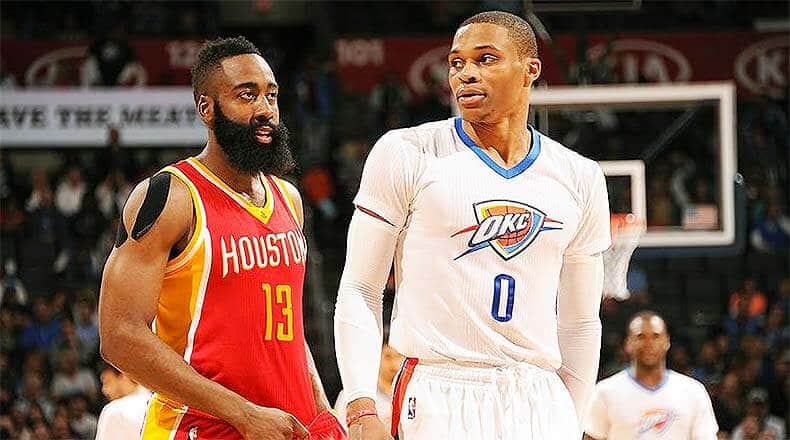 Are the Thunder a better team this season with the additions of Paul George and Carmelo Anthony? Their record is nearly the same as it was last season when Russell Westbrook carried the club, but we could argue that they aren’t any better considering what was expected. The Melo experiment hasn’t really taken off and Westbrook has gone back to doing everything for the team. Their struggles down the stretch haven’t inspired much confidence in a deep playoff run and a drop to eighth in the West would set up a first-round rematch from last season when OKC was eliminated by Houston in five games.

It’s hard not to consider James Harden as the MVP after what he and the Rockets did this season. Harden leads the league in scoring and Houston clinched the best overall record by winning 33 of 36 games. They haven’t lost consecutive games since early January and they bounced back from their worst offensive showing of the season to defeat Washington 120-104. Mike D’Antoni wants to keep his team in a groove leaving OKC to battle the best team in the league at full strength.

15.4 – The Rockets make the most three-pointers per game in the NBA with 15.4 per contest, which is three more per game than the second-place team. And the three-ball is part of the team’s DNA. They are given the green light each possession and it’s not just Harden who launches from deep. Six players make at least two triples per game and while their percentage is in the middle of the pack, the Rockets continue to shoot from deep. Chris Paul was 5 of 6 from deep and the Rockets hit 17 of 33 triples in their 122-112 win over OKC in the last meeting between the clubs.

The Rockets aren’t going to rest their players so OKC will have to work for this one. And it looks like Houston is getting healthy in time for the postseason. Paul, Luc Mbah a Moute and Ryan Anderson missed time recently and if all three are good to go it’ll be the first time in a while the Rockets will have a full complement of players. Oh, and they have Harden, who will be the league’s MVP. And like he did in last season’s playoffs, Harden will show up Westbrook once again.