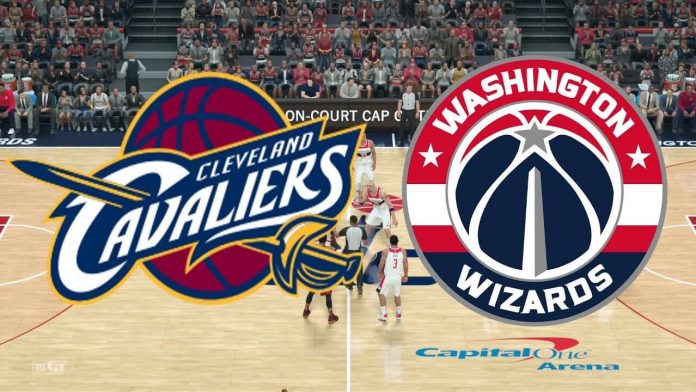 The Washington Wizards and Cleveland Cavaliers have both clinched berths for the playoffs, but there is still much to be determined in the seeding. The Cavaliers are trying to hold off the hard-charging 76ers for the No. 3 seed in the Eastern Conference while the Wizards can still plausibly slide in at anywhere between the final seed up to No. 6.

The Wizards will hit the road to face the Cavaliers in a contest that is important to both sides. Cleveland has not been very good against the spread at home this season but will undoubtedly be the favorite in NBA basketball betting lines.

Washington finally has a healthy team and is aiming to shake off a recent slump to gain some momentum heading into the playoffs. A road upset of the Cavaliers would be a nice step in that direction.

Don’t miss the hardwood action from Quicken Loans Arena at 8 p.m. ET on Thursday, April 5, 2018. Catch every moment of the game live on TNT.

We’ll have NBA odds at BookMaker.eu available for this and every game on the NBA Thursday schedule.

The Wizards recently got back star point guard John Wall from a knee injury. Wall missed 27 games before coming back in a win over the Hornets on March 31. Wall played 33 minutes in that contest, finishing with 15 points and 14 assists, although he only shot 6-fo-17 from the field.

He sat out the next game against the Bulls because it was the second game of a back-to-back before returning last time out in a loss to the Rockets. Wall played 33 minutes again in that one, compiling just nine points and 10 assists while turning over the ball eight times.

It seems like Wall is a little bit rusty still but is certainly a big-time key to the Wizards’ fortunes. If he can play well in this one it will give Washington a puncher’s chance at pulling out the victory.

The Cavaliers have accumulated 9 wins in their past 10 games, as Cleveland is playing its best ball at the right time. Cleveland has won four consecutive games, including an impressive 112-106 win over the East-leading Raptors last time out.

That victory proved that Cleveland can beat anyone when it is playing well. LeBron James is having another MVP-caliber season and the supporting cast is finally helping out enough for the team to find success.

Despite the great recent stretch, the 76ers have won 11 in a row and are just a half-game behind the Cavs in the standings. If Cleveland loses this game it becomes vulnerable to getting bypassed in the standings and falling to the No. 4 seed.

The return of Wall makes the Wizards more competitive, but this is a tough game on the road against a Cleveland squad playing well. The Cavs have not had a ton of success at home this season but look for them to come away with the victory.

Cleveland will hit enough insurance free throws late to cover the spread. The “over” is something that should be considered as these teams could play at a healthy pace throughout.

Against the Spread Pick: Cleveland and the Over