With one day left in the NBA’s regular season, playoff spots and seedings are still up for grabs. The biggest contest of the day takes place in Minnesota where the Timberwolves host the Denver Nuggets in a winner-take-all scenario. After 81 games and five months it comes down to one game for those two clubs. The winner clinches the final playoff berth while the loser is out. And for the Wolves it’s a chance to end the longest current playoff drought in the NBA.

There is plenty of drama in the Eastern Conference as well. The field is set but several seeds remain up for grabs in what is the craziest end to an NBA season in some time. The Philadelphia 76ers are the hottest team in the Association and a win over the Bucks on Wednesday guarantees the No. 3 seed. It’s been quite a season in the City of Brotherly Love and the process has paid off handsomely. 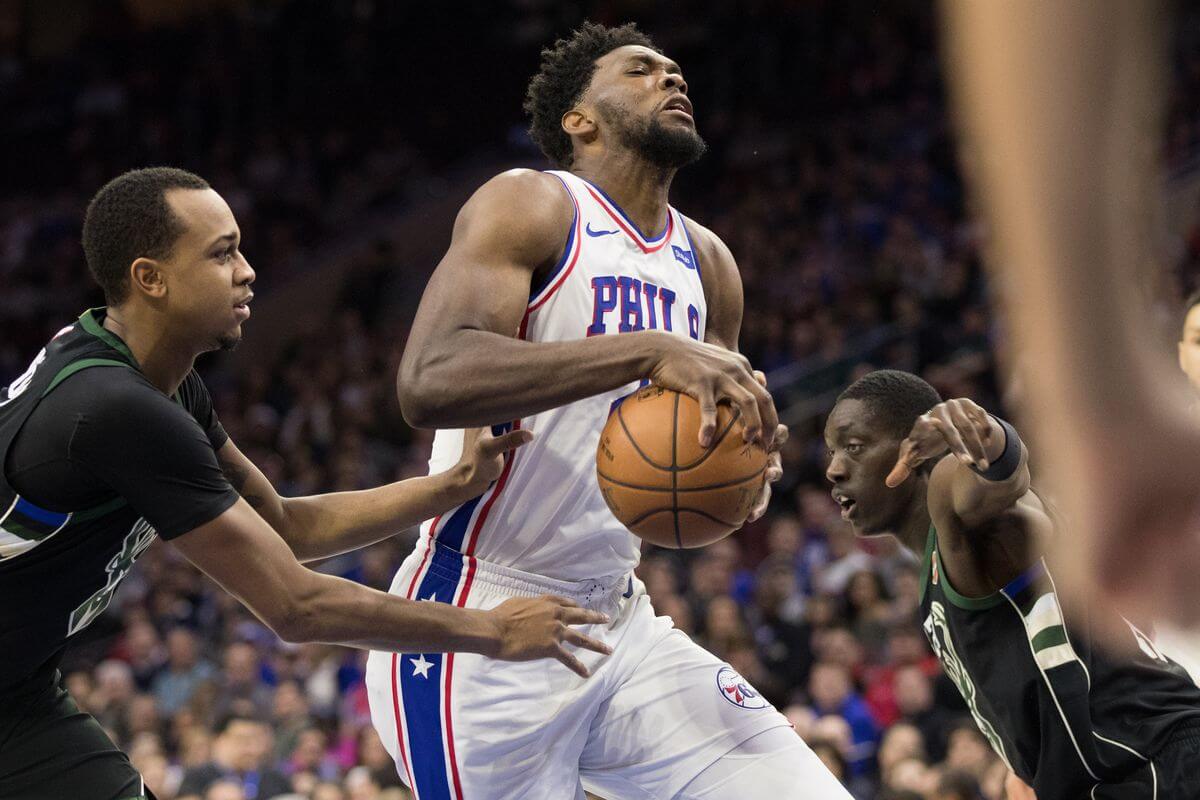 The Bucks can move into the sixth-seed with a win and this matchup could be a preview of a first-round playoff series. But the Bucks will have to get by without their best player as it appears Giannis Antetokounmpo won’t take the floor due to a lingering ankle problem. The risk of playing the Greek Freak far outweighs the reward, with the Bucks falling no lower than a seven-seed. The Bucks won their last two games without Antetokounmpo in the lineup, beating 50-loss teams New York and Orlando with Eric Bledsoe collecting a triple-double against the Magic.

A franchise record 15-game winning streak has the Sixers primed to take over the No. 3 seed in the conference. And they’ve won the last seven without All-Star Joel Embiid, who remains sidelined with a facial injury. The process has finally paid off for Philly with its top picks from recent drafts contributing heavily to the team’s success. The biggest contributor has been Ben Simmons, the soon-to-be rookie of the year. In Embiid’s absence, Simmons has averaged a near triple-double.

The Bucks aren’t the Bucks without Antetokounmpo and he probably won’t play on Wednesday night. A tender ankle kept the Freak out of the last two games, and while the Bucks were victorious, they had a couple of easy opponents in New York and Orlando. This game will be much different. When the Bucks visited Philly in January, Antetokounmpo didn’t play and Milwaukee suffered a 116-94 loss. He was active in the other two matchups, totaling 66 points and 27 rebounds with the Bucks winning both times.

Not only are the Sixers good, they are playing with a lot of confidence. A 15-game winning streak can do that to a team. Simmons has excelled in the absence of Embiid and the team is getting contributions from the entire roster. In a win over the Hawks, it was Ersan Ilyasova and Marco Belinelli, who combined for 46 points. Philly is going to lose at some point, but facing a Bucks team without its do-everything star Antetokounmpo, it’s not going to happen on Wednesday. 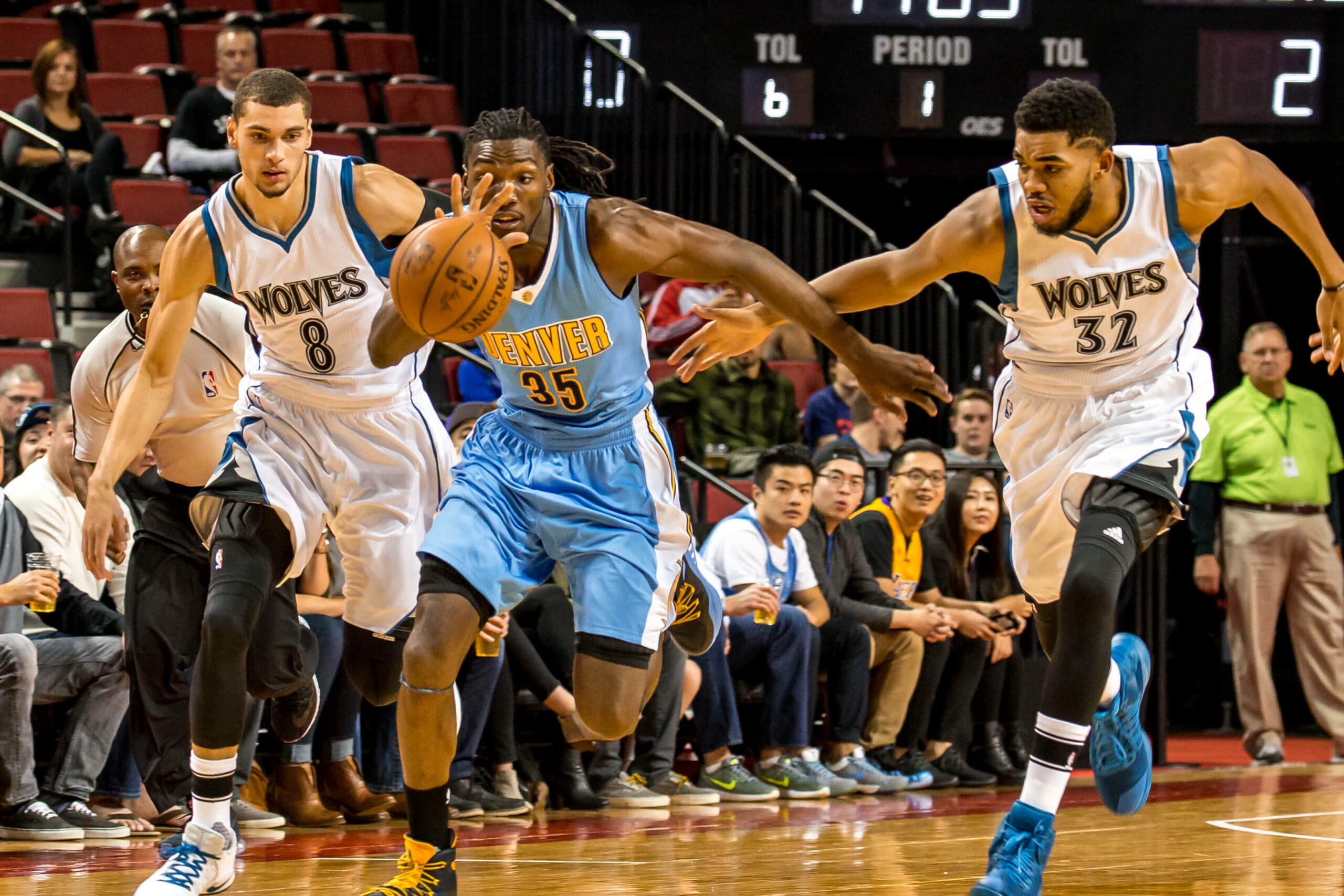 The Nuggets staged a fourth-quarter comeback to defeat Portland, putting them in a position to claim their first playoff berth since 2013. In order to do that they must win on the road, and that hasn’t been easy for them. One thing that might help is the return of Gary Harris, who missed 12 games with a knee injury. Harris, the second-leading scorer with 17.6 points per game, returned on Monday and scored 12 points to help beat the Blazers. The Nuggets are just 15-25 on the road this season, but they won two straight as part of their six-game winning streak to put them within a win of reaching the postseason.

Following their loss in Denver last week, the Wolves got their spark plug Jimmy Butler back in the lineup and they responded with a pair of wins over the Lakers and Memphis to put them on the brink of their first playoff appearance in 14 seasons. It probably shouldn’t have come to this do-or-die game; the Wolves were third in the West when Butler sustained his injury and they went 8-9 in the games he missed. But a victory on Wednesday will erase the bad memories of the time without Butler.

The teams played last week in Denver with the Nuggets escaping with a 100-96 victory to keep their hopes for a playoff berth alive. The Wolves played that game without Butler, who would return the next game and spark a two-game winning streak by scoring 18 points in a win over the Lakers. Denver was without Gary Harris, who stayed on the bench with an injury. In a battle of big men it was Denver’s Nikola Jokic getting the better of Karl-Anthony Towns. Jokic had 16 points and 14 rebounds with a crucial late put-back to give the Nuggets a cushion. Towns had 26 points and 13 rebounds, but fouled out with just under two minutes to play.

Five months and 81 games brings us to this: win and you’re in. The Nuggets have been hot down the stretch winning six straight games to keep their hopes alive and Jokic has been a big reason why. The Nuggets also have Harris back on the floor to help out offensively. But the biggest performer is Butler, who means so much to the Wolves. They barely held it together in his absence, but they are in a good spot with one game left. And having it in their gym is a huge advantage for the Wolves. Butler steps up and leads the Wolves to a victory, ending the longest current playoff drought in the league.