The quest for the most coveted trophy in all of sports gets underway this week and the Nashville Predators are the odds-on favorite to capture their first Stanley Cup at +320. And why shouldn’t they be. The Preds captured the President’s Trophy with a NHL-high 117 points that came on the strength of 51 wins. They have the likely Vezina Trophy winner in Pekka Rinne and the Preds have been dominant at both ends of the ice.

And if the Preds need a reminder that seeding and points mean nothing when Lord Stanley’s playoffs begin, all they have to do is look to last season. Nashville rode the hot goaltending of Rinne to a first-round sweep of the heavily-favored Blackhawks. The Preds are the hunted this season and they open their first-round series against the Colorado Avalanche on Thursday. Only one win and seven points separated the Boston Bruins and Toronto Maple Leafs in the Atlantic Division. And for all their hard work, the two square off in an Original Six battle that will leave one of the best teams in the league out in the first round. 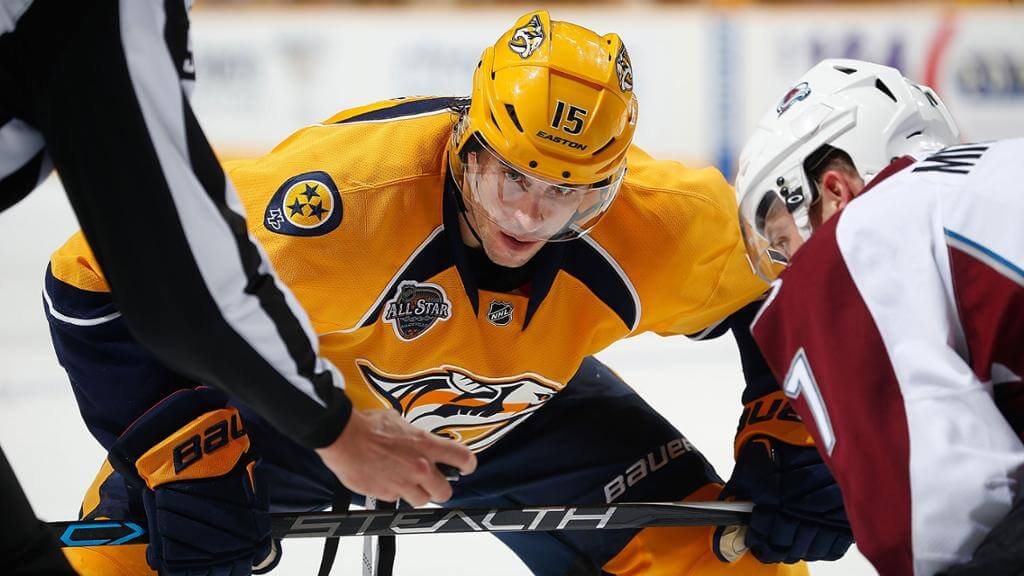 What a turnaround for the Avalanche. After finishing last in the NHL last season by a wide margin, they rode the play of Nathan MacKinnon to the second wild card. It wasn’t easy and they got plenty of help from the Blues down the stretch, but the Avalanche came through in a do-or-die contest, beating St. Louis in the final game of the regular season. MacKinnon racked up 97 points to finish fifth in the NHL and joined the conversation for the Hart Trophy.

Nashville is the most balanced team in the playoffs and after what they did to Chicago last season, the Preds will make damn sure that doesn’t happen to them. And getting off to a fast start is essential to remove any hope Colorado might have of pulling off the upset. P.K. Subban and Roman Josi will make life difficult for the Avs’ top-line and if the Preds shut down MacKinnon, Mikko Rantanen and Gabriel Landeskog, their job becomes much easier.

Colorado lacks the talent of the Preds and their roster is thin heading into the opening game. Starting netminder Semyon Varlamov is on the shelf with an injury and will likely miss the entire first round. Jonathan Bernier has done an admirable job in his place, but he’s been inconsistent. The Avs are also without top defenseman Erik Johnson, who led the club with over 25 minutes of ice time per game before being shelved with a knee injury.

Everybody loves to root for and bet on the underdog. But Colorado is simply overmatched and the Preds will make it a point to get off to a strong start in this series. Nashville had a taste of success last season, but came up short in the Cup finals to Pittsburgh. That seemed to spur them on all season as they recorded the most points in the league. They run three lines that create offense and the top four defensemen are among the best in the league. And Rinne has stopped everything between the pipes. 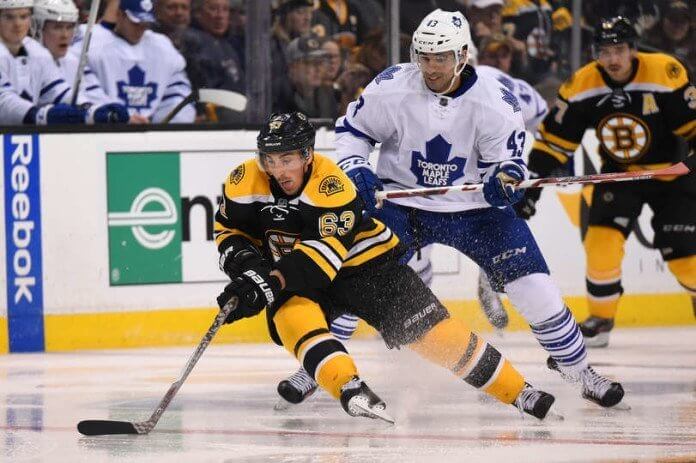 There is no easy fix to the playoff format and this matchup is a classic example of how flawed the current system is. One of the top three teams in the Eastern Conference is going to be eliminated because they have to play each other in the first round. If not these two, there certainly would be others. And given the rivalry between these Original Six clubs, it’s sure to be a heated affair. The Leafs are stacked up front with six different 20-goal scorers, led by Auston Matthews, who tallied 34 in just 63 games. He’s back on a line featuring leading scorer Mitch Marner.

The Bruins had a chance to win the Atlantic and avoid this matchup, but they lost to Florida on Sunday in a disappointing game. And that’s the difference between facing a Leafs team they lost three of four games to during the regular season and the New Jersey Devils, who the Bs swept during the regular year. Boston will test the Leafs shaky defense with a top line of 30-goal scorers Patrice Bergeron, Brad Marchand and David Pastrnak.

99 – Boston’s top line of Marchand, Bergeron and Pastrnak combined to score 99 goals this season with 39 of them coming on the power-play. The trio won’t always play together, but when they do they have proven to be the top line in hockey. And the trio will get its chances against a Leafs club that allowed nearly 34 shots on goal per game. Frederik Andersen kept the Leafs in a ton of games with his acrobats between the pipes, but the test will be surviving the onslaught of shots that will come on Thursday and throughout the entire series.

The Bruins might not recover from their late season slide that cost them the Atlantic Division title and a matchup with New Jersey. On paper that series looked much better for the Bs than their actual series with Toronto. Boston lost four of its last five regular season games and ended up one point behind Tampa Bay for the Eastern Conference lead. Toronto won three of the four regular season meetings and played strong defensively while using its scoring depth to pick on Rask. And that will prove to be a problem for the Bs in this one.