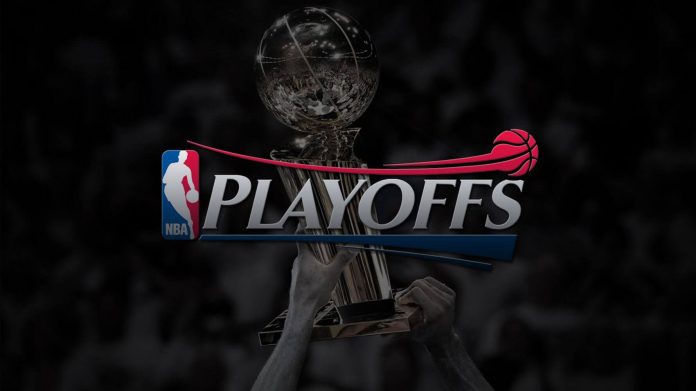 The NBA playoffs are here. That means the top eight teams in each conference will scrap it out to get to the Finals and a shot at the championship.

Here’s what the playoff bracket looks like right now: 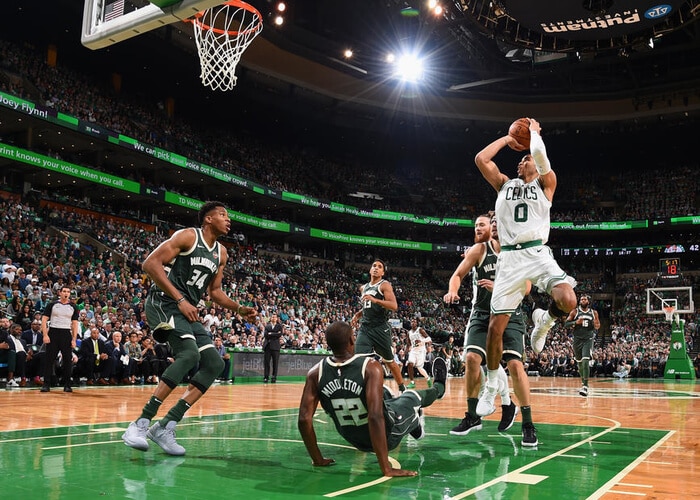 The Boston Celtics finished with the No. 2 seed in the Eastern Conference, but a key injury has the oddsmakers concerned about their chances of advancing out of the first round of the postseason. Boston is favored to defeat the No. 7 seed Milwaukee Bucks to begin the playoffs but it is no sure thing.

The Celtics have a deep roster but it is being tested after the early-season loss of Gordon Hayward, and now, the absence of star point guard Kyrie Irving. Both of those players are done for the year, which has put a big dent in the team’s title chances. Boston is hoping to surprise later in the playoffs but for now just needs to survive the first round.

This is one of the most intriguing opening-round playoff series in NBA wagering.

Game 1 of this NBA Playoff Series will be held at 1 p.m. ET on Sunday, April 15, 2018 at the TD Garden in Boston, Massachusetts. The game will be shown nationally on TNT.

We’ll have NBA odds at BookMaker.eu available for every game of the 2018 NBA Playoffs.

The Celtics are listed as -170 favorites to win this series, which is a solid number but not overwhelming like the No. 2 seed in the West, the Golden State Warriors. If Boston was completely healthy it would be a bigger favorite. The Bucks are +148 underdogs to pull off the series upset.

Boston is a 4-point favorite in Game 1 between these teams. The Celtics have the benefit of the home court advantage in that one. The majority of the money is on Boston to cover that spread. The Celtics are -180 on the moneyline to win Game 1, while the Bucks are +155 underdogs. The scoring total is listed at 203 points, with the “over” the more popular pick.

Despite being the No. 2 seed, the Celtics’ NBA championship odds are low at +7535. Milwaukee’s chance of winning the title is extremely long, as the oddsmakers have pegged it at +22500 in NBA betting odds.

Kyrie Irving is out for the playoffs. The Celtics star point guard went down with a season-ending knee injury in late March, a huge blow for Boston.

Irving was a big part of the team’s regular season success, averaging 24.4 points per game this year. As an NBA champion, he also has the experience and poise that Boston was hoping to rely in these high-pressure games.

In addition, the Celtics will also be without Marcus Smart in this series, who underwent surgery to his right thumb. There is still hope that Smart could return later in the postseason if Boston wins out, but there is no timeline at the moment.

Giannis Antetokounmpo — The Celtics have the deeper team but Milwaukee will have the best player on the court. The “Greek Freak” has quickly elevated himself to superstar status in the league as he is capable of impacting the game in various ways.

Boston has a good defense and will aim to keep him in check, but it seems likely that Antetokounmpo nearly single-handedly lifts the Bucks to at least a win or two in this series. The Celtics will likely throw several different defenders his way so Antetokounmpo cannot get super comfortable as the series goes on.

Boston could have some trouble without Irving but there seems to be an overreaction with the line. The Bucks are a decent team but not capable of pulling off the first-round upset. Take advantage of the friendly line and jump on the Celtics to win this series.

Boston should take care of business in six games. 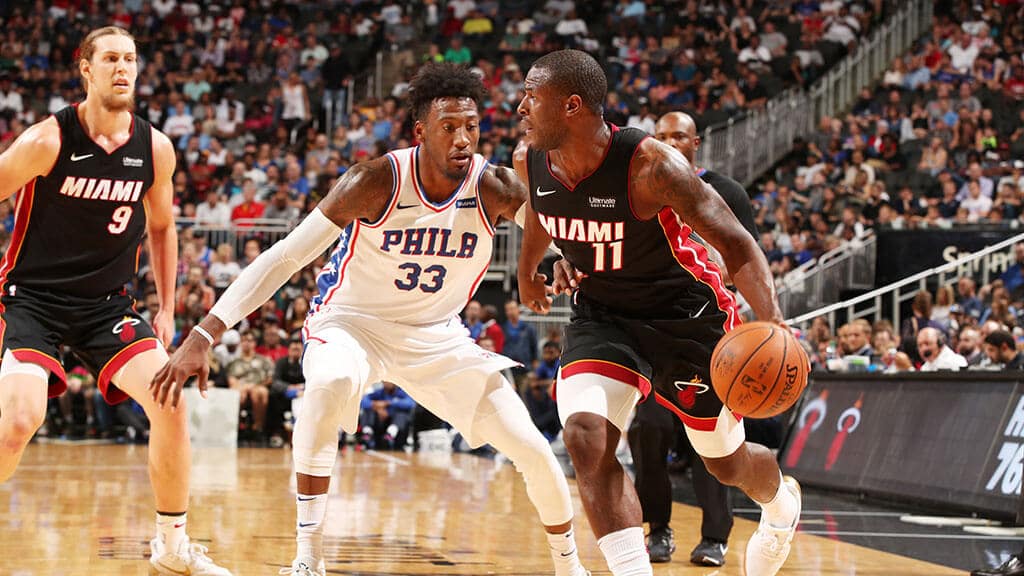 The most intriguing team to watch in the early portion of the playoffs will be the Philadelphia 76ers. A scorching hot finish to the season elevated Philly to the No. 3 seed in the Eastern Conference, as “The Process” finally paid dividends. It is hard to know what to expect from such a young and inexperienced team, but the oddsmakers certainly believe in Philadelphia’s staying power.

It is a sizable favorite to take care of business in the first round of the postseason against the No. 6 seed Miami Heat. The Cleveland Cavaliers are the favorites to once again emerge from the East and make it to the NBA Finals, while the top-seeded Toronto Raptors are looked upon as their main competition.

But the 76ers are a darkhorse that has a lot of potential and will aim to keep the pedal to the floor in this first-round series against Miami in NBA basketball gambling.

Game 1 of this NBA Playoff Series will be held at 8 p.m. ET on Saturday, April 14, 2018 at the Wells Fargo Center Philadelphia in Philadelphia, Pennsylvania. The game will be shown nationally on ESPN.

We’ll have NBA odds at BookMaker.eu available for every game of the 2018 NBA Playoffs.

The 76ers enter this series as the -520 favorite to advance to the second round. The Heat is listed as the +370 underdog. Miami is getting more than 57 percent of the action to pull off the upset at that price.

Philadelphia is a 7-point favorite in the first game of the series. The 76ers are getting nearly 64 percent of the action to cover that spread. Miami is the +249 underdog on the moneyline while Philadelphia is the -305 favorite. The scoring total for this contest is 212 points, with the “over” the more popular choice.

The 76ers are listed as +1849 to win the championship, as the oddsmakers are giving them respect. The Heat are longshots at +23000.

Philadelphia big man Joel Embiid recently donned a mask as he continues to recover from an orbital fracture, but is unlikely to play in the first game of the series. Even so, if the 76ers can get him back relatively soon, he figures to have a big-time effect on the outcome.

Embiid is averaging 22.9 points and 11.0 rebounds on the season as he has quickly blossomed into one of the NBA’s most talented big men. Injuries have stymied him often but Embiid seems close to a return. If he can seamlessly integrate it would not be a surprise to see the 76ers make a nice playoff run in the East.

The 76ers looked really sharp at the end of the regular season, even though they were missing one of their biggest playmakers in Embiid.

Philadelphia put an exclamation point on the season with its 35-point win against the Bucks in the final game of the season and will look to ride that momentum into the postseason. The 76ers, who rank seventh in the league for points per game, scored 120 points or more in seven of those final 16 wins and didn’t dip below 100 points in an of the victories.

Among the most impressive wins collected in that late push were victories against the Cavs and the Timberwolves. It will be interesting to see if the 76ers can maintain that same intensity for the postseason, starting with this series.

The Heat have many veteran players who hope to take advantage of Philadelphia’s inexperience and come away with the series upset, but the 76ers won’t be fazed. This group has a lot of confidence and is playing extremely well.

Look for the 76ers to cruise into the second round of the postseason by knocking off the Heat in only five games.