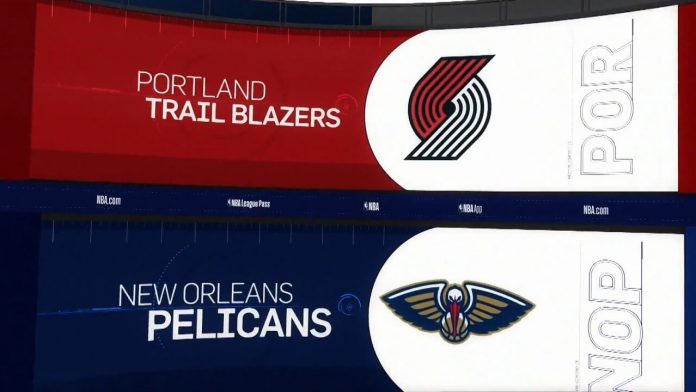 The New Orleans Pelicans were road warriors to open up their first round series against the Portland Trail Blazers, capturing the first two games away from home. If they can transfer that success to their home court in Game 3, the Pelicans will be well on their way to pulling off the first-round upset.

New Orleans had the inferior record in the regular season but looked like the better team in both games in Portland. Strong play down the stretch helped the Pelicans win Game 2 and another win will put a stranglehold on this series. The Trail Blazers are far from done if they can grab Game 3 and they are not going to be huge underdogs.

Both teams know what is on the line for this one and the intensity should be sky-high.

The Pelicans should be listed as small favorites in Game 3 with the benefit of the home court advantage after being underdogs in the first two games.

Those who took New Orleans in Games 1 and 2 were paid off lucratively on the moneyline as the Pelicans captured both straight up. The scoring total should be pretty sizable once again as both teams are willing to push the ball up and down the floor.

The Blazers are not expected to be huge underdogs on the moneyline as they aim to return the favor and win this game on the road.

Just like the first matchup of this series, Game 2 was a tight one on Tuesday. The game was tied at 97 apiece with 3:43 to go before Jrue Holiday and the Pelicans went to work.

They closed it out with a 14-5 final run to win 111-102 and steal another game on the road. Now, New Orleans comes back home to try and keep the winning going.

Holiday finished the night with new career-high for the postseason, putting up 33 points and nine assists and hitting clutch shots down the stretch. Anthony Davis finished with 22 points and 13 rebounds in the victory.

Portland entered this series with a pair of guards that looked like the better tandem, but Damian Lillard and C.J. McCollum have not been as good as expected.

Lillard has shot only 13-of-41 from the field in the first two games, and if the Blazers’ star doesn’t become more efficient his team could be in trouble. McCollum has been a little better but neither guard has dominated over the first two games.

On the flip side, the less-heralded Holiday and Rajon Rondo have done a great job in this series. If those two outplay Lillard and McCollum in Game 3, New Orleans will have a great shot at going up 3-0.

It’s unlikely Lillard struggles for a third straight game. While the Pelicans are in a great spot, the Blazers are going to put everything on the line knowing how much they need a win. Look for Lillard to put up huge numbers to lead his team to the upset.

The Pelicans are in control of this series and will still likely win it, but choose the Trail Blazers to both cover the spread and win the game outright in Game 3 in NBA basketball gambling. The “over” could be an option depending on where the scoring total checks in for this one.

Check out the latest NBA Playoffs and Finals betting odds.