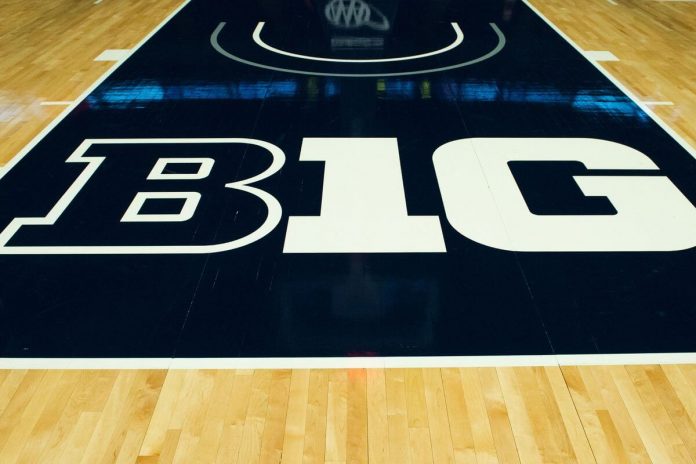 The Michigan State Spartans beat rival Michigan in the regular season finale to tie for the Big Ten title. Now they are the favorites to win the conference tournament. Michigan State, the Wolverines and the Purdue Boilermakers are the top three teams as judged by the oddsmakers.

Purdue tied with Michigan State atop the regular season leaderboard but is behind the other two when it comes to the likelihood of winning the Big Ten tournament. There is a lot on the line for those teams as they aim to get a high seed in March Madness.

There are some underdogs that also hope to make some noise in the conference tourney, although it would be a big surprise if someone like Wisconsin, Maryland or Penn State managed to come away with the title.

Michigan State had another impressive season, going 25-6 overall and 16-4 in Big Ten play. It lost three games in a row early in conference play and had a late loss to Indiana which jeopardized its chance at the regular season crown, but the win over Michigan in the finale tied up Purdue for a split of the hardware. The Spartans are deep and talented, and thus have been listed at +179 to win the Big Ten tournament.

Michigan has the best overall record of anyone in the conference at 26-5, but finished in third place in the regular season at 15-5 in conference. The Wolverines’ calling card is their defense, and as the intensity goes up in the postseason that can be a big help. Michigan’s odds are also pretty good at +228, and it would not be a surprise at all if it emerged with the Big Ten tournament crown.

Purdue went 23-8 on the year and finished 16-4 in the Big Ten. The Boilermakers went a perfect 15-0 on their home floor and hope to find similar success on this neutral court. Even though Purdue tied for the conference championship, they are not placed in the same tier as Michigan State or Michigan as the odds for the Boilermakers to win the Big Ten tournament are set at +229.

The Big Ten didn’t have a clearly dominant team in the regular season as all of the teams took their lumps. Purdue is a solid group and may be able to make a nice run, but in the end the oddsmakers have chosen the right team as the favorite. Michigan State is putting things together at the right time and is the pick to win the conference tournament.