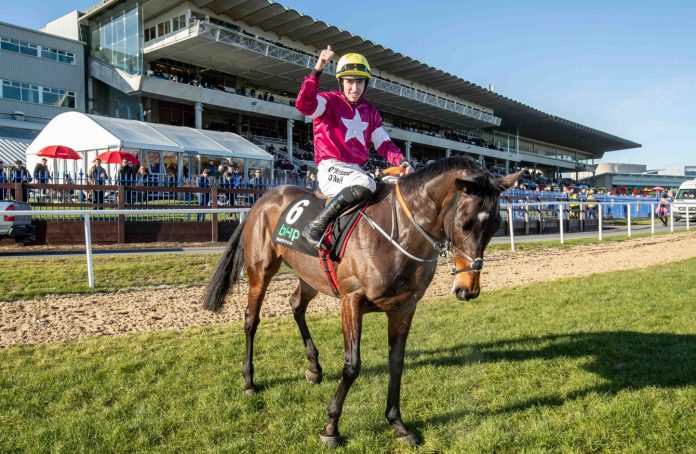 Apple’s Jade is on the verge of rewriting the history books once again. Victory in the 2019 Champion Hurdle will enhance her chances of going down as one of the greatest mares to grace a racecourse. Labelled by some as the new Annie Power ahead of the Cheltenham Festival, the Gordon Elliott-trained star could be the one to beat at Prestbury Park.

With nine Grade One wins under her belt, Apple’s Jade has been there and done it all – with victories over some of the best racehorses in the business. With Jack Kennedy on board in Tuesday’s showpiece race at The Festival, Apple’s Jade has a favourite’s chance and plenty of punters will be backing her in the latest Champion Hurdle odds ahead of the meeting.

Apple’s Jade is the 2/1 joint-favourite alongside Buveur D’Air. The latter has failed to inspire confidence this season, suffering a shock defeat to stablemate Verdana Blue in the Christmas Hurdle at Kempton Park on Boxing Day. Meanwhile, Apple’s Jade has won all four of her races this campaign by a combined distance of 73 lengths.

Not to mention, Apple’s Jade has beaten some superb rivals. She has made light work of Grade One winner Supasundae on four separate occasions throughout her career and that is a strong form line in her favour. Annie Power was the last mare to win the Champion Hurdle back in 2016 and she is the only mare to have succeeded since 1994.

Would a Champion Hurdle success eclipse the great Quevega’s record of six Mares’ Hurdle wins? Some would argue that Apple’s Jade is a superior animal – beating the boys is no easy feat. Buveur D’Air, winner of the last two Champion Hurdle renewals, is looking to emulate the great Istabraq but Elliott believes that Apple’s Jade has the qualities to oust the defending champion.

Apple’s Jade has won nine of her previous 11 races over hurdles; the two exceptions being at the 2018 Cheltenham Festival and at Punchestown less than a month later. Since those defeats, we have learned that she was in fact in season, but connections have managed to control that this time around. Apple’s Jade is going to be very difficult to beat if she finds her best form come Champion Hurdle Day.

To label her as better than Quevega may be a tad foolish but a Champion Hurdle win would stand her in good stead to go down as on par with the Willie Mullins legend. Apple’s Jade is destined for greatness and this is her chance to shine on the biggest stage of all. It will be interesting to see what route Elliott and co go down post-Cheltenham but focus for now will be on winning Tuesday’s showpiece race.

A real fan favourite, Apple’s Jade will be well supported in the betting ring ahead of the 2019 Champion Hurdle. Win or lose, she is a superstar and you won’t find many punters backing against her. Confidence in the yard is high and a Cheltenham Festival triumph this year will certainly enhance her status as one of the greatest mares in racing history.