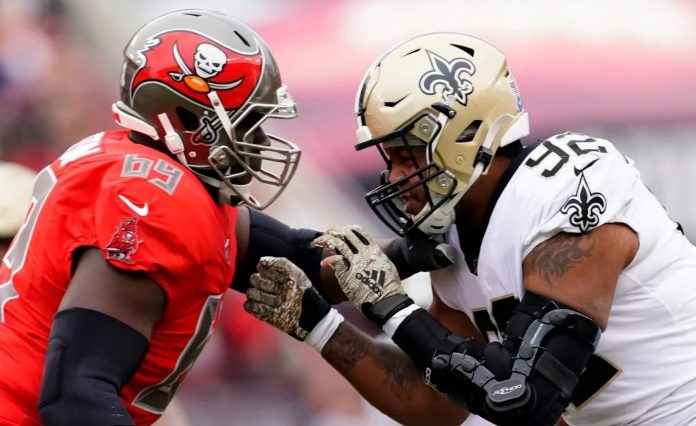 The NFC South race figured to be a battle between the New Orleans Saints and Tampa Bay Buccaneers, and the clubs haven’t disappointed. Heading into their Week 9 Sunday Night Football matchup the Bucs are one-up in the win column since the Saints already had their bye. One of Tampa’s two losses on the season came in the season-opener in the Big Easy when Tom Brady looked mortal. He has since recovered leading the Bucs to six wins in their last seven games. Fans better enjoy the matchups between Brady and Drew Brees since there aren’t many left.

The matchup between the New Orleans Saints and Tampa Bay Buccaneers will take place Sunday, November 8, 2020, at 8:20 p.m. ET at Raymond James Stadium. The game will be televised nationally on NBC. 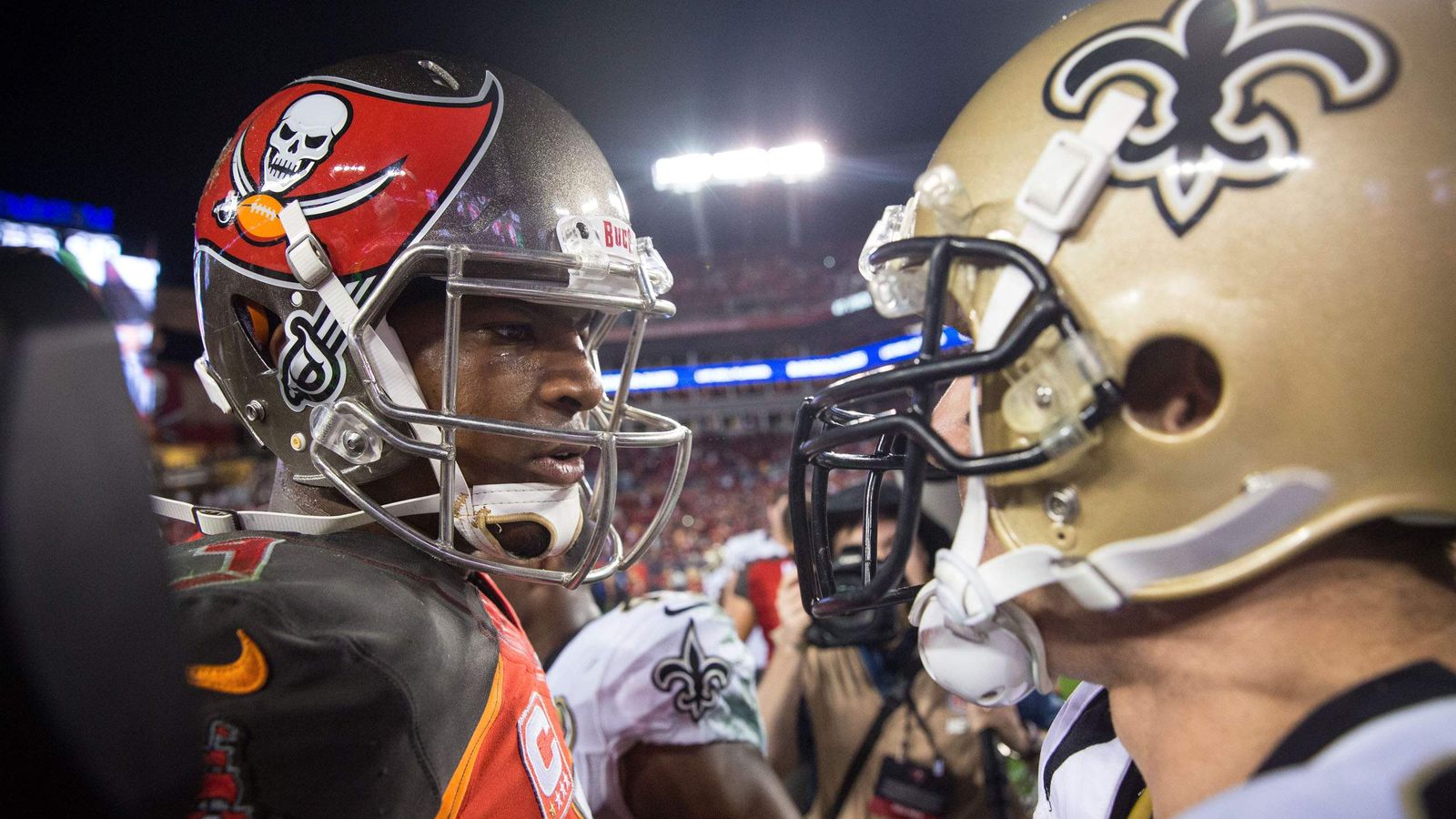 Winning a lot of games consecutively following a slow start is nothing new for the Saints, who enter on a four-game win streak after back-to-back losses to Las Vegas and Green Bay. They’ve been nail-biters, too, with the last three each decided by a field goal. While the Saints continue to win they aren’t paying out, losing three straight and five of their last six ATS. New Orleans covered the 4-point closing line in its season-opening 34-23 win over the Bucs. The total shifted dramatically with early action on the UNDER dropping the number to 52 after hitting the board at 56. The Saints are 7-0 against the OVER this season.

One thing Brady was unable to do in the first meeting was snap Tampa’s losing streak in the series. The Bucs have now lost four in a row SU and ATS. They are positioned as the favorite for the first time in nine games against their divisional foe. The Bucs failed to cover the 13.5-point line in last week’s 25-23 win over the Giants, and they are 3-3 ATS when laying points. The Bucs have played over the total in their last two games and the OVER is 5-1 in the last six series games. 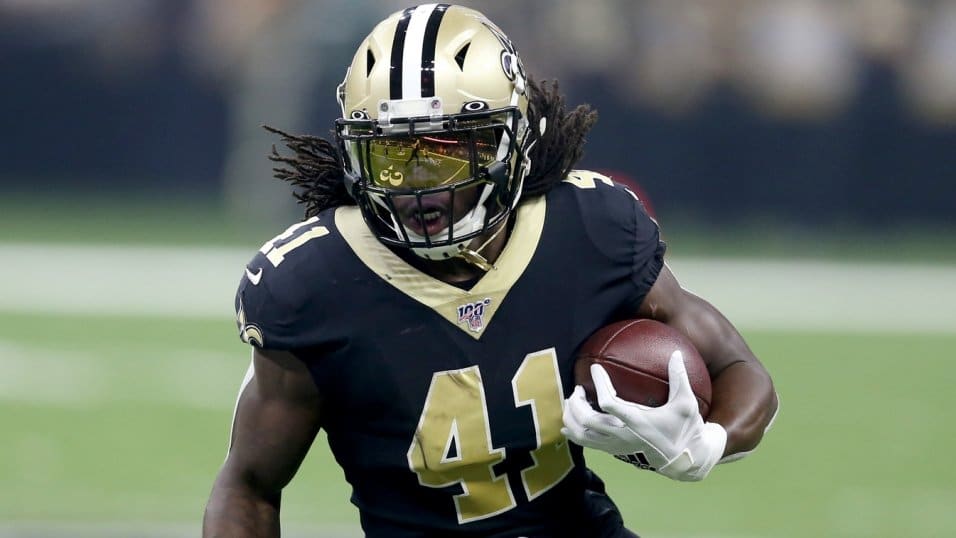 Hoping to have a full complement of weapons available should bring a smile to the face of Brees. Michael Thomas is on schedule to play for the first time since Week 1 dealing with an ankle and subsequent hamstring injury. Emmanuel Sanders is also available after missing two games due to COVID protocols. The Saints haven’t been as prolific offensively this season, but that’s saying something since the bar was raised so high. Brees is completing over 73 percent of his passes with 13 touchdowns and three picks.

Alvin Kamara has shouldered most of the load with Thomas on the shelf. He has at least eight receptions in each of the last three games and leads the team with 55 catches, more than double that of Sanders, who is second with 26. A solid defense has helped pave the way to a 5-2 record. The Saints have only four interceptions with two coming against Brady in Week 1, including a pick-six from Janoris Jenkins. 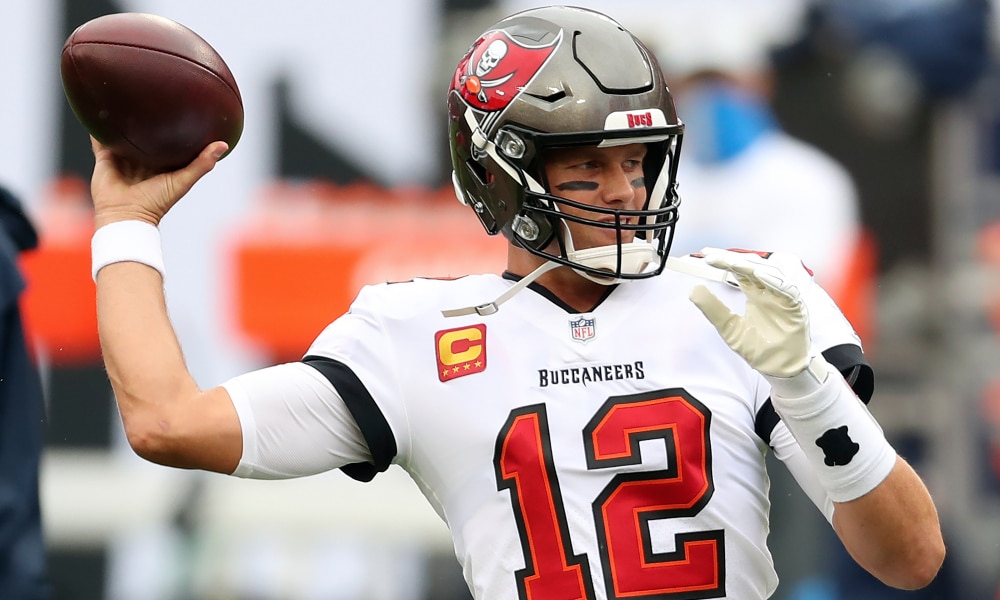 Signing Antonio Brown could prove to be a smart move or it could bring down what the Bucs have built to this point. By all accounts, AB has been a model citizen and is expected to play on Sunday night, giving Brady another weapon in the passing game. It’s definitely needed since Chris Godwin will miss time with an injury and Mike Evans has been slowed most of the season. Who’s on the receiving end hasn’t mattered to Brady. Since throwing two picks and getting sacked three times in the opener, Brady has been intercepted just twice while throwing 18 scoring passes. He’s also been sacked only seven times.

The Bucs are the fourth-highest scoring team in the NFL averaging 30.9 points, but it’s the defense that has stood out. They rank first against the run and possess the third-best total defense allowing less than 300 yards per game. They’ve held five opponents to 20 points or less and give up 20.6 a game, the seventh-best figure in the league. Brees had 160 passing yards and the Saints totaled only 271 in the first meeting. 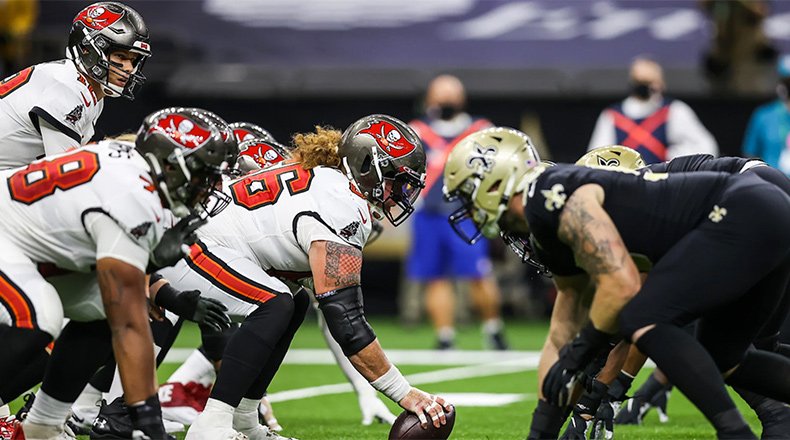 Our Prediction: Saints +5 and OVER 52

Both teams are on a roll and with first place in the NFC South on the line we can expect a hotly-contested game. With two of the best quarterbacks to ever play the game getting playmakers back on the field, I can see points being scored. The teams combined for 57 points in the first meeting easily cashing the OVER and that was before Brady got accustomed to his new surroundings, so there is value on the OVER. And you know the two competitors will try and show up each other just adding to the excitement. One thing the Bucs don’t have is Kamara, who will be the difference in an outright Saints victory.