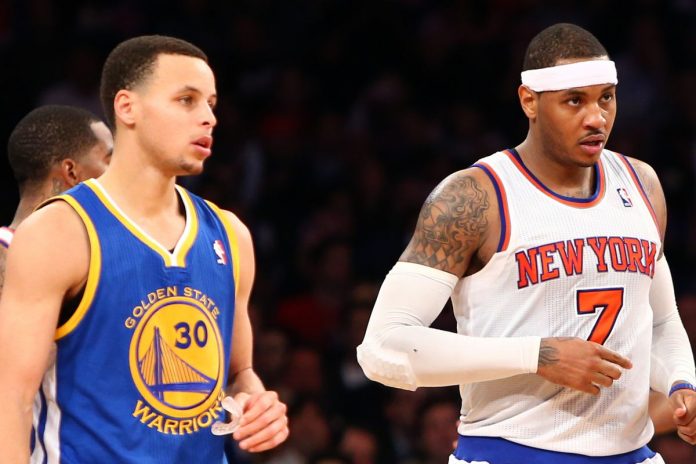 It might be time to start worrying about the Golden State Warriors. Despite full health for their star quartet of late, Golden State continues to sputter and sits in third place in the Western Conference. This is going to be the NBA title favorite come playoff time but the Warriors are looking quite mortal in the 2018-19 regular season. They have a game in which they can get right this week against the New York Knicks.

The Warriors are at home and the Knicks are one of the worst teams in the NBA. Golden State is still the favorite to enter the postseason with the No. 1 seed in the West and it should have little trouble claiming victory in this matchup.

This game between the New York Knicks and Golden State Warriors will be held at Oracle Arena in Oakland, California at 10:30 p.m. ET on Tuesday, January 8th, 2019 and nationally televised on NBA TV.

The Knicks are 10-29 on the season, which is one of the worst marks in the NBA. New York actually has more wins on the road than at home but is still just 6-17 on the road. The Knicks have struggled for several years and will be lottery bound once again.

The Knicks are allowing 115.8 points per game this year, which is not a good sign considering the firepower the Warriors will bring into this one. New York does not have the talent on the defensive end of the court to contain Golden State. The Warriors are led in scoring by Stephen Curry, who is averaging 29.4 points per game on an impressive 49.1 percent from the field and 45 percent from three-point range.

Kevin Durant is scoring 28.5 points per contest, while Klay Thompson is adding 21.1 points per contest. Thompson is only shooting 35 percent from three-point range on the season so the Knicks would likely prefer him to have to be the main scorer, but Thompson has been an elite shooter throughout his career and will likely bust out of his slump sooner or later.

The Knicks are not going to have much shot of winning this game, and have to hope for a huge performance from their leading scorer, Hardaway. He is averaging 20.6 points and 3.4 rebounds per game on the year.

Hardaway is shooting just 39.4 percent from the field and 34.9 percent from three-point range, and if he is inefficient in this matchup that will be hard for the Knicks to overcome. New York is low on impact players and Hardaway, Jr. may be the closest to one. He needs to have a great game to keep the Knicks close against a superior opponent.

It is fair to ask if the Warriors have what it takes to turn it on and run away from the pack in the West. However, they should have no issue taking care of business in this matchup. Golden State has the much better team and the home court advantage, so this one should be a blowout.