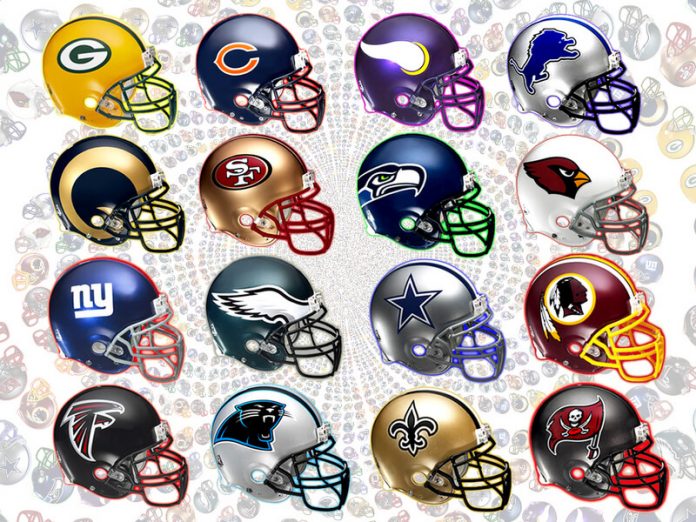 One look at the odds to win the NFC will show you just how hard it is to handicap this conference this year. There isn’t a team that is better than 5 to 1 to win the NFC this year. That said, there are a few teams that are huge favorites to at least get into the second season.

The Seattle Seahawks certainly have their holes, and they have their infighting for sure as well. That said, they’re the favorite to get into the playoffs in the NFC at -600. The NFC West is notoriously weak, and there doesn’t seem to be a heck of a lot of hope for either the Rams (+725) or 49ers (+1500), two of the three longest shots on the board to get into the NFC playoffs. Those four games should yield a dead minimum of three, and very likely four wins. Toss in four games against the AFC South, and you’ve got the makings of a team that should win at least seven games with its eyes closed, even if it didn’t win another big time game for the season.

The Green Bay Packers (-450) are the odds-on favorites in the NFC North for a reason. Aaron Rodgers is the only truly elite quarterback in the division, and the Packers are working on a streak of eight consecutive seasons in which they finished either first or second in the NFC North. Each of those years, they made the playoffs. Is there reason to believe this season will be any different? Especially in this conference, not really.

The Dallas Cowboys (-170) still figure to have the best pound-for-pound team in the NFC. That said, they play in the screwiest division in football in the NFC East, and teams go from first to worst in this division all the time. Dak Prescott and Ezekiel Elliott were both fantastic last season, but if they have even miniature versions of sophomore slumps, things could go sideways in a hurry.

The Atlanta Falcons (-140) have to avoid the Super Bowl loser’s hangover. Rare is the team that loses the Super Bowl and ends up having an impact on the playoffs the next season. Sure, the Falcons might get back, but just as is the case in the NFC East, the NFC South is known for its teams going from worst to first and back again in a hurry. The Falcons could be the next to feel that wrath.

Heck, the Carolina Panthers (-110) finished third in this division last year a season after going 15-1. Not a lot changed from that 15-1 team to the one that went just 6-10 last year, though the Panthers were bitten pretty hard by the injury bug all season long.

Of the six teams that made the postseason last year out of the NFC, the Lions are easily the longest shots on the board to get back at +325. Detroit hasn’t won a playoff game since Barry Sanders was in the backfield, and this year doesn’t figure to be any different.

Carolina and Arizona (+150) have the best odds to go from missing the playoffs in 2016 to making it in 2017, though most realize this is the last shot the Cardinals have of really making a run before things start to fall apart in the post-Carson Palmer era.

NFC Odds To Make the Playoffs

Check out the latest NFL betting lines and odds.