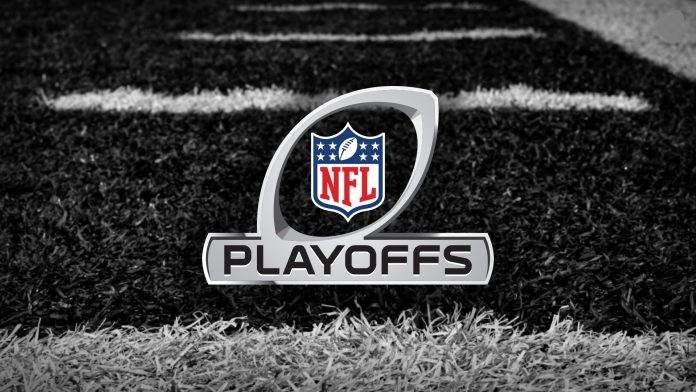 NFL Divisional Playoff action begins this weekend on Saturday as the Los Angeles Rams visit the Green Bay Packers, and the Baltimore Ravens play the Buffalo Bills. Both home teams are favored, as the Packers are laying a touchdown, while the Bills are listed as a 2.5 point favorite.

On Sunday, the Cleveland Browns play the Kansas City Chiefs, and Tampa Bay Buccaneers play the New Orleans Saints. The Chiefs are double-digit favorites to beat the Browns in the first matchup on CBS, while the Saints are 3-point favorites against the Saints on FOX in what will be the third meeting this season between the teams. Let’s take a look at the odds and make some predictions (Odds provided by BookMaker.eu): Offense or defense? That is the question in this matchup on Saturday, as the No. 1 offense of the Packers takes on the No. 1 defense of the Rams. The Rams feature a defense led by Aaron Donald, while the Packers have the probable league MVP in Aaron Rodgers. Green Bay will have the home field advantage and they will be taking on a Los Angeles team that has some issues. The Rams are unsure who will start at quarterback, as it will be either Jared Goff who is dealing with a broken thumb, or John Wolford who left last week’s game with an injury. The Rams best defensive player, Aaron Donald, is expected to play, but he has a painful cartilage injury.

The focus in this game will be on the Packers offense going against the Rams defense. Inside that focus will be the matchup between Green Bay wide receiver Davante Adams and Los Angeles cornerback Jalen Ramsey. If the Rams can slow down Adams, they may have a chance to be competitive in this game, but if Adams wins this matchup against Ramsey the game could turn into a rout. Part of the equation will be whether or not Aaron Rodgers can get enough time to throw. The Rams have an excellent defensive line and it will be up to All-Pro center Corey Linsley to contain Aaron Donald. The Rams only chance in this game is if they win the matchups featuring Ramsey and Donald.

The Rams scored 30 points last week against Seattle, but the Seahawks did everything they could to hand the game to the Rams. The Los Angeles defense scored one touchdown and the Seahawks fumbled a punt to set up another score. Los Angeles needs Goff or Wolford to make some plays because they can’t expect to shut down Rodgers and the Packers offense all day. The Rams were helped greatly last week by rookie running back Cam Akers who had 131 yards and a TD. Expect Green Bay to stack the line against the run this week and force Goff or Wolford to beat them.

The Rams are overmatched on both sides of the ball in this one. Rodgers and the Green Bay offense is capable of scoring against the Rams defense and the Los Angeles offense inspires no confidence. I will lay the points and take Green Bay. The night game on Saturday is expected to be the best matchup of Divisional weekend, as the Ravens visit the Bills. This will be the first time in history these teams will be meeting in the playoffs. Buffalo has won their last seven games and they have not lost at home since October when the Chiefs beat them, while the Ravens have won their last six games. Buffalo has an explosive offense led by Josh Allen, while the Ravens feature last year’s MVP Lamar Jackson.

This game could come down to how well the Bills control Lamar Jackson. The Baltimore quarterback combined for nearly 5,000 yards this season, throwing for nearly 4,000 yards and rushing for more than 1,000 yards. These teams met last year and the Bills decided they would make Jackson beat them with his arm. Jackson rushed for just 40 yards on 11 carries, but he did throw three TD passes in a 24-17 win. You can make a case that Jackson doesn’t have the receiving options he had a year ago and that Baltimore’s passing attack is not that great. If the Bills can contain Jackson as they did a year ago, they should have a good chance to win this game.

The Bills have a quarterback in Josh Allen who is far better than he was a year ago. He finished fifth in the NFL in passing yards (4,544) and fifth in passing touchdowns (37). He also ran for 421 yards and eight touchdowns. He had trouble a year ago against the Ravens defense but he figures to have far more success this time around. This time he has Stefon Diggs who had the most receiving yards in the NFL this season. Allen should be the difference on Saturday night.

The Ravens would have lost last week if Tennessee had a head coach and an offensive coordinator who knew how to call plays. This week the Bills will exploit a weak Baltimore secondary and Buffalo should outscore the Ravens. I will lay the points and take the Bills. The Chiefs are the top seed in the AFC and the current Super Bowl favorite. Kansas City had last week off, while the Browns outscored the Steelers in the Wild Card round. Kansas City features a potent offense led by Patrick Mahomes, while the Browns have an explosive running attack led by Nick Chubb and former Chief Kareem Hunt. The Chiefs are getting the bulk of the betting action from the public, so the question will be whether or not the wise guys will think 10 points is enough to back the Browns.

This game comes down to whether or not the Cleveland secondary can hold up against Mahomes and his many weapons. Last week it was obvious that the Browns couldn’t stop Roethlisberger and the Pittsburgh passing attack. The Browns just benefited from some bad throws from Roethlisberger and got five turnovers. That is not going to happen this week, as Mahomes is considered the best quarterback in the NFL. The Chiefs have too many weapons for Cleveland to contain. Kansas City has the best tight end in the league in Travis Kelce and one of the most explosive receivers in the league in Tyreek Hill. Kansas City also has some very good secondary options including Mecole Hardman, Demarcus Robinson and Sammy Watkins. We don’t know if running back Clyde Edwards-Helaire will play, but his return would give Kansas City another big weapon in the passing game.

If the Browns are going to stay in this game then Baker Mayfield has to play a great game. He has thrown 11 TDs and just one interception in his last nine games and he will have the opportunity to make plays on Sunday. This game is kind of like the college football national title game where Ohio State had to keep up with Alabama to have any chance to win and they couldn’t do it. The Browns will have to score on a regular basis to have any chance in this game because the Chiefs are going to score a lot of points.

Browns vs Chiefs Prediction: OVER 56

The value is on the Browns, but I don’t know that I trust Mayfield to win a high scoring game against Mahomes. I lean toward Kansas City, but I think the better play is to take the game over the total. The final game of the weekend in the Divisional round of the NFL Playoffs is a matchup between two of the greatest quarterbacks in NFL history. Tom Brady and the Tampa Bay Buccaneers visit Drew Brees and the New Orleans Saints. Brady and Brees have faced each other eight times in their careers, but this will be their first playoff matchup. Brees has the 5-3 edge in their career meetings, with his teams outscoring Brady’s by 7.9 points per game. This season the Saints have outscored the Bucs 72-26 in two meetings. The Buccaneers are coming off a win last week against Washington in the Wild Card round, while the Saints routed the Bears.

The New Orleans defense handled Brady and the Tampa Bay offense in both regular season meetings this season. The Saints put pressure on Brady and sacked him a total of six times in the two games and Brady threw five interceptions. New Orleans had the fourth-best defense in fewest yards allowed this season and they were tied for fifth in fewest points allowed. The Bucs proved last week that they can score against tough defenses, as they had 501 yards and they scored 31 points against a Washington defense that ranked higher than the Saints. Since their bye in Week 13, the Bucs have averaged 35.8 points and 459.8 yards per game. Since the bye, Brady has completed 65.9% of his passes for 1,714 yards, 14 touchdowns, one interception and a passer rating of 121.7.

For the Bucs to win on Sunday they have to protect Brady. Last week against the stout front of Washington, the Bucs gave up three sacks, but overall they did a good job. It should be noted that New Orleans got much of their pressure this season from Trey Hendrickson who led the team with 13.5 sacks. He missed last week’s win against Chicago with a neck injury. Keep an eye on his status for Sunday’s game. On the other side, the Bucs will be without right guard Alex Cappa who fractured his ankle last week against Washington. He will be replaced by Aaron Stinnie who will be making his first start.

You can say this in almost every game, but turnovers usually determine which team wins and loses in the postseason. The Bucs lost twice to the Saints in the regular season and it was because they turned the ball over. “It’s mostly been the turnovers,” Tampa head coach Bruce Arians said to the media, “The turnover margin has been lopsided in their favor. We’ve got to protect the football much better.”

When two teams are evenly matched it is very difficult for one team to beat the other one three times in the same season. The Bucs and Saints played two non-competitive games in the regular season, but that shouldn’t be the case on Sunday. I think the value is on the Bucs, so I will take Tampa Bay plus the points.