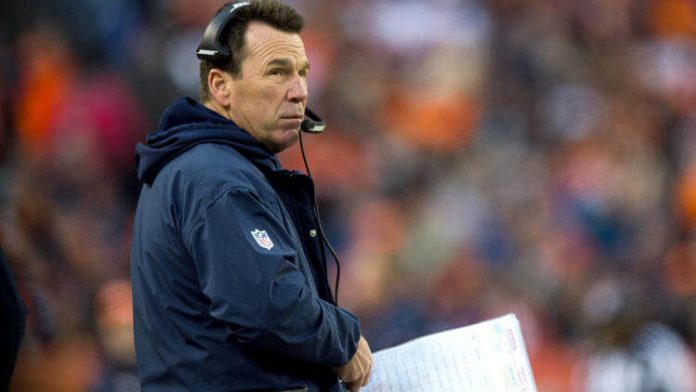 Black Monday has come and gone in the NFL, and three of the teams that are going to be most watched on the opening market when it comes to their next head coach are the three California teams looking to regain some form.

The defending Super Bowl champs missed the playoffs this year as well, and with Gary Kubiak stepping down, a really great opening is there to be had for some lucky new coach as well. We break down the best odds on the NFL props to become the next coach of each of these teams…

The toughest part about trying to nail down a coach for the 49ers is that this isn’t a particularly great team to take over at the moment. There isn’t a quarterback in place, there isn’t a lot of young talent in place, and just as Doug Pederson had to basically spend this year undoing basically everything that Chip Kelly did in Philadelphia, the next coach of the 49ers is going to have to do the same thing.

Josh McDaniels makes some sense here if the Niners are going to try to make a splash, but with as bad as this offense looks on paper, a defensive coach might be the best option.

Our NFL pick for the time being? Vance Joseph, a man who is suddenly getting really hot in coaching circles and could be a big time commodity throughout the next couple weeks.

John Elway fired John Fox and got himself a John Elway guy in Gary Kubiak the last time he had to make a big coaching hire. What makes you think that he won’t get another John Elway guy this time around?

Obviously, the ties between Elway and Mike Shanahan, his coach with the Broncos for quite a few years from when he was a player run deep, and son Kyle is one of the hottest coach commodities on the market.

If Shanahan truly has his pick of jobs, Denver is the best one of the bunch since the Broncos have the look of a “win now” team if they can get a quarterback. Shanahan will get to basically pick the next quarterback of the roster as well, and that could go a long way towards helping him make this decision. He’s certainly the easy choice to be the next coach at Mile High.

Nobody really knows what’s going to happen with the Chargers right now. They might be playing in LA next season instead of San Diego, and they really haven’t tipped their hand as to whether they’re going to be looking for an offensive coach or a defensive coach.

They went the coordinator route before with Mike McCoy, a move that blew up in their faces, and they might want a more established guy with head coaching experience this time around to try to take advantage of the last few good years Philip Rivers has left.

This very well could be the landing place for Josh McDaniels after all, especially if the Rams end up going a different direction. He’s too good of a coach to not land a head coaching gig, and if the Chargers act last, this might be their best option.

Stan Kroenke is going to try to make a big splash here with this hire, but we’re not sure how much interest is going to be there to take a job with a set quarterback in Jared Goff who might ultimately end up being a bust and not a lot of talent on offense.

Our best guess is that the Rams are going to try to trade for Sean Payton. Even if that’s not the way this pans out, getting everyone else on the planet at -160 aside from a list of seven guys seems like a bit of a steal.