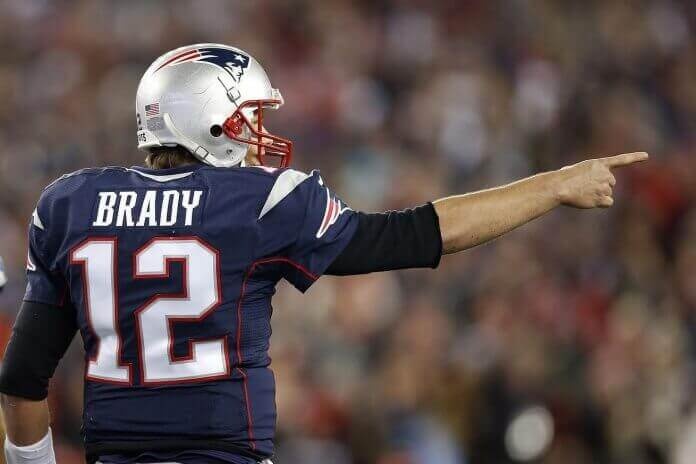 Want to know whether your team will or won’t make the NFL playoffs this season? Earlier this week, Las Vegas-based Cantor Gaming opened NFL playoffs odds posted for all 32 teams.

There are a ton of teams that clearly present some good value here to get into the playoffs.

The best of the bunch is the New England Patriots. Even though Tom Brady is currently on suspension for the first four games of the season, we’re still not convinced he’s going to ultimately serve all four games, if any at all.

Even so, if Brady does get suspended for those four games, the Pats are still clearly the AFC East favorites to win by a good margin. There isn’t a team in the foursome that scares us, and we have to imagine that Bill Belichick is still going to figure out how to get this team into the second season at least 80 percent of the time.

We’ll certainly take out stock in the Arizona Cardinals as well at -135. Bruce Arians’ team may or may not be better than it was last season, but it doesn’t have to be a 13-win team to get into the second season again.

We’re going to talk more about Seattle in a bit, but is there another team aside from that which we’re afraid of to keep the Cards out of the postseason? Even if you want to go the Wild Card route, the Green Bay/Minnesota runner-up feels like the only other team that can take a Wild Card spot over Arizona? We don’t think so.

Skip These Teams in NFL Betting This Season

However, we’re selling on the Seattle Seahawks. They only won 10 games last year, and they should’ve been eliminated from the first round of the playoffs in Minnesota. Marshawn Lynch is gone for good, and the ground game may or may not have any answers.

If this defense takes any steps backwards, there’s a real chance the Seahawks could fall flat on their faces. We’re willing to take that chance at +320 that they aren’t one of the six teams in the NFC playoffs.

We’re going to sell on the defending Super Bowl champs as well.

The Denver Broncos still aren’t totally sure who their quarterback is going to be. What if Paxton Lynch isn’t really ready to be a starting NFL quarterback? Is this defense going to carry this team all the way to the playoffs in a division with the Chiefs and the up-and-coming Raiders? Do you really want to be laying -150 on Mark Sanchez leading a team into the playoffs? We certainly don’t.

Our biggest sleeper team? The Tampa Bay Buccaneers. In the latest NFL betting lines, the Bucs are +320 to get into the playoffs this year. They probably aren’t going to get into the postseason more often than not, but with Carolina losing its best corner in the offseason and the rest of the NFC South mediocre at best, Jameis Winston could do something spectacular this year.

As we highlighted before, the rest of the NFC isn’t fantastic, and if Seattle ends up falling flat in the NFC West, there’s a real chance that nine wins could be good enough to get into the playoffs.

Winston should be significantly better in his sophomore season, and if he ends up being one of the Top 10 quarterbacks in the league this year as is entirely possible, he could bring the Buccaneers to the NFL playoffs.

Especially in the NFC South, where teams go from worst to first all the time, you have to think Tampa Bay has better than a one in three chance of reaching the second season.

What’s up for Week 1 of the 2016 NFL season? Read NFL Predictions, Week 1: Broncos vs Panthers in Super Bowl Rematch