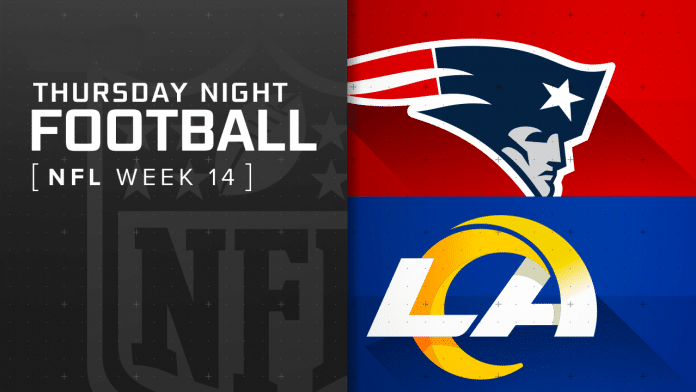 It’s a rematch of Super Bowl 53 when the New England Patriots take on the Los Angeles Rams in the Week 14 edition of Thursday Night Football. Though the stakes aren’t as high but there is plenty on the line for both teams as we enter the final quarter of the 2020 NFL season. With wins in four of their last five games the Pats are making a push for a playoff spot, something that didn’t seem possible just a month ago. The Rams will seek to avenge their Super Bowl loss while also holding on to first place in the NFC West and they are a 6-point favorite on the NFL betting line to do so.

The matchup between the New England Patriots and Los Angeles Rams will take place on Thursday, December 10, 2020, at 8:20 p.m. ET at SoFi Stadium in Inglewood, Calif. The game will be televised nationally on FOX and NFL Network. 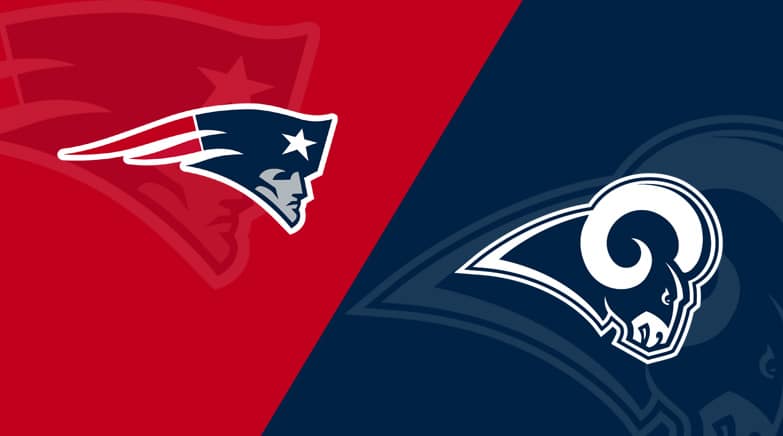 Don’t count the Patriots out just yet. It looked as though their run of AFC East championships and double-digit win seasons was over when they won just two of their first seven games and looked horrible in most of those setbacks. The team has turned things around, punctuated by last week’s 45-0 drubbing of the Chargers in the same building they’re playing in Thursday night. They aren’t facing the same team, though. The Pats have payout wins in their last two games and have emerged victorious in four of their last five improving to 6-6 SU and ATS. They hit the board catching 6.5-points with the line wagered down to -6.

The Rams bounced back from a frustrating loss to the Niners in Week 12 by reclaiming the top spot in the NFC West with a 38-28 win in Arizona covering the 2.5-point closing line. It was LA’s third win in their last four games moving them to 8-4 SU and 7-5 ATS. The loss to Frisco was the first at home for LA this season. The Rams are 4-1 SU and 3-2 ATS at SoFi Stadium. They’ve cashed the UNDER in seven o their last nine games and the total of 44.5 is the second-lowest they’ve faced all season. 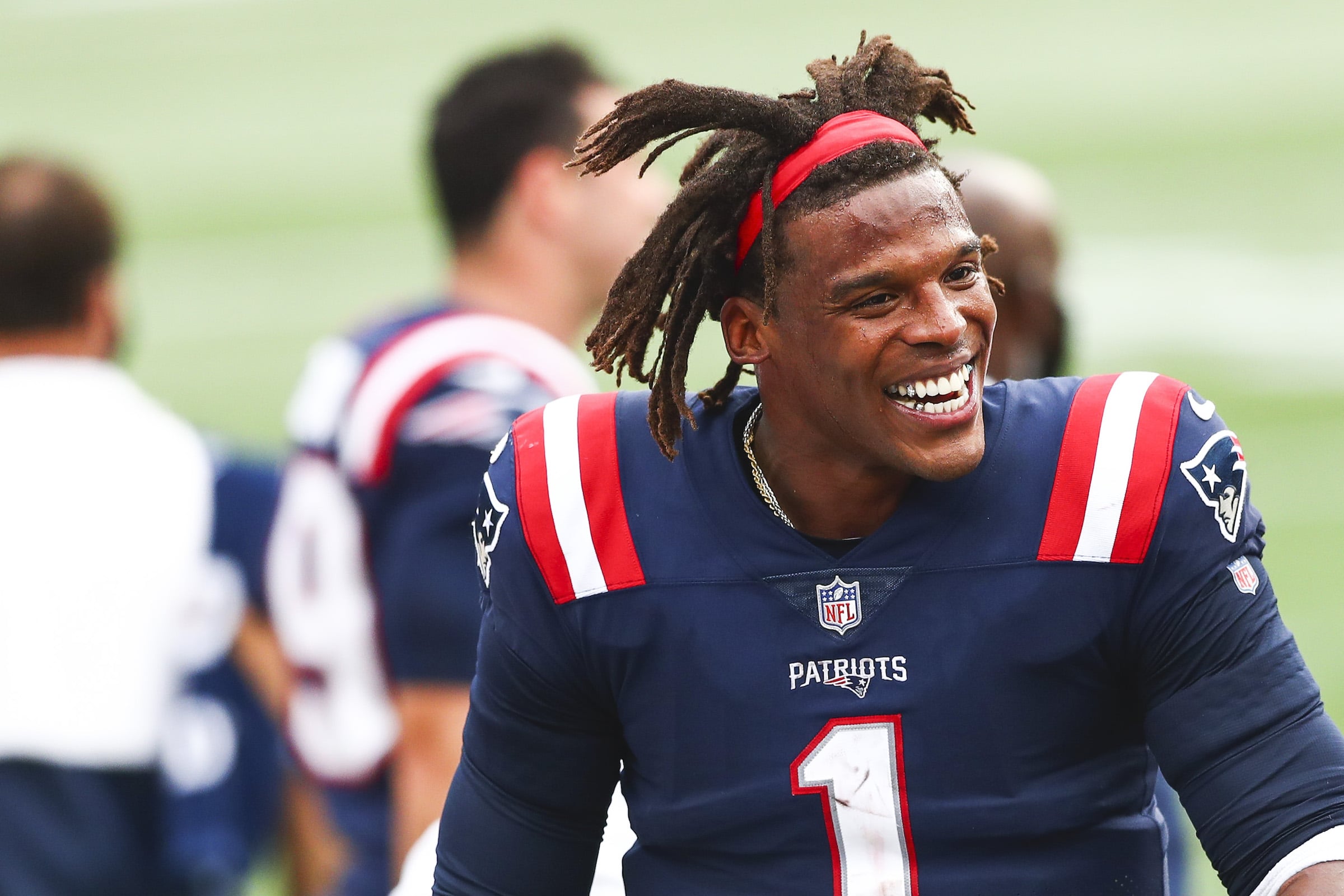 The Pats are hoping their run of good fortune in Southern California continues. Just a few days ago they hung a 45-0 defeat on the Chargers in the same stadium, further enhancing their playoff chances. It’s still a longshot in the crowded AFC, but at least there’s a chance. While last week’s score was lopsided, the Pats didn’t do much offensively. Instead it was defense and special teams that allowed for the slaughter of the Bolts. Cam Newton threw for fewer than 100 yards for the second straight game and the Pats totaled just 291. It was enough against the Bolts.

Always solid on special teams under Bill Belichick, the Pats took it to another level. They got a punt return touchdown from Gunner Olszewski and another score off a blocked field goal. Defensively they threw a blanket over Justin Herbert, holding him without a touchdown pass for the first time this season while intercepting two throws. That group has returned to being destructive and could pose a problem for Jared Goff, who always seems to cave under the pressure. 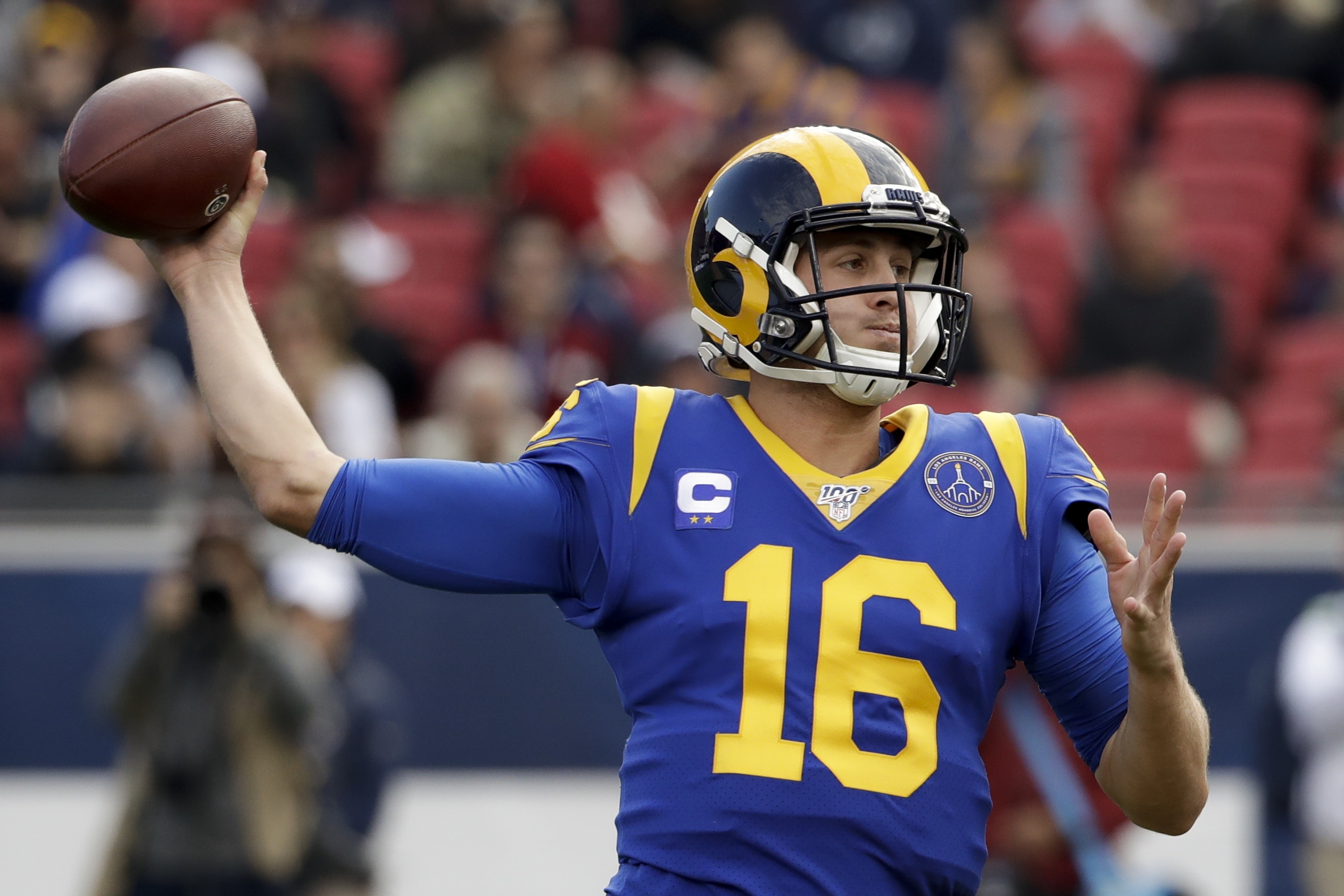 After a four turnover performance that cost the Rams in a loss the Niners, Sean McVay called out Goff saying he has to take better care of the football. The obvious statement resonated with the quarterback who had one of his finest days in a rebound win at Arizona. Goff completed a season-high 78.7 percent of his passes for 351 yards and a touchdown. More importantly he didn’t turn the ball over. He had thrown two picks in each of the previous two games and had six total interceptions in four games before Arizona.

This isn’t the same offense that put up ridiculous numbers in the 2018 season leading to a Super Bowl appearance. Even in that game Belichick outcoached McVay with the Pats stifling Goff and Co. en route to a 13-3 win. Instead the Rams are having success with an overpowering defense. They are first against the pass and rank second overall allowing just 291.3 yards per game. led by Aaron Donald, who has 11.0 sacks, the Rams have compiled the third-most sacks in the league with 36. 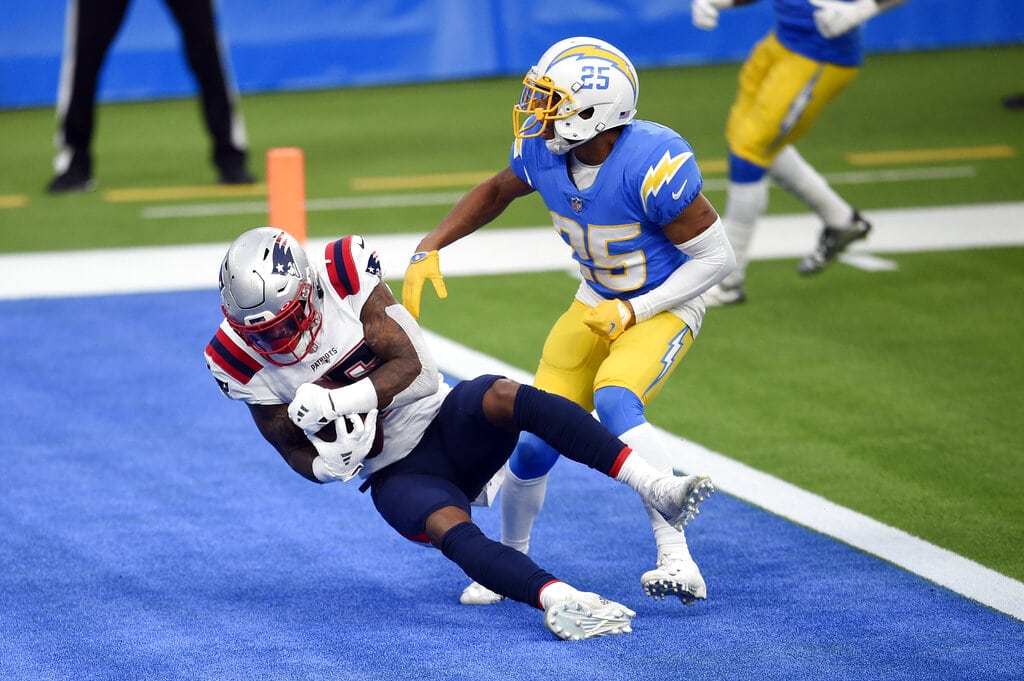 The Patriots will have to run the football effectively since their passing game sucks and the Rams are the best at defending it. It’s a good thing New England can run the ball and Newton still poses a threat in that area. Still, this isn’t the Chargers and I don’t expect the Rams to be giving the ball away or making mistakes on special teams – good teams don’t do that. The Pats are on a roll and I like the points in what should be a tight game between two good defensive teams.