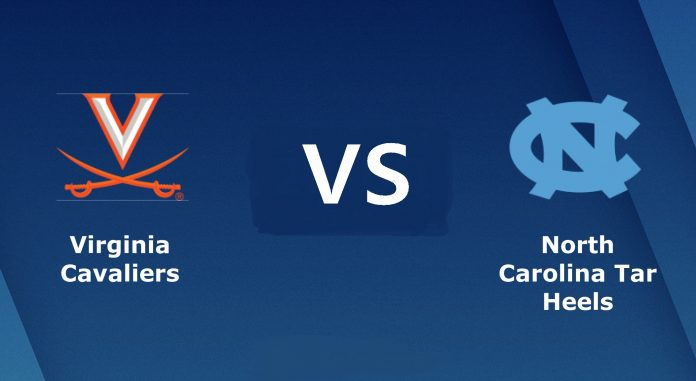 This whole COVID thing sure knows how to spoil a good party. After beating heated rival Duke, the North Carolina Tar Heels had reason to rejoice, they just did it improperly at a time when everyone’s watching. Several players were seen partying without a mask and the Heels game with Miami scheduled for Monday was postponed. That does give them some extra days to prepare for a showdown with ACC leading Virginia Cavaliers, as long as the game is played as scheduled. As of right now it’s a go.

This college basketball game will air live on ESPN at 6 p.m. ET on Saturday, February 13, 2021 from John Paul Jones Arena in Charlottesville, VA. 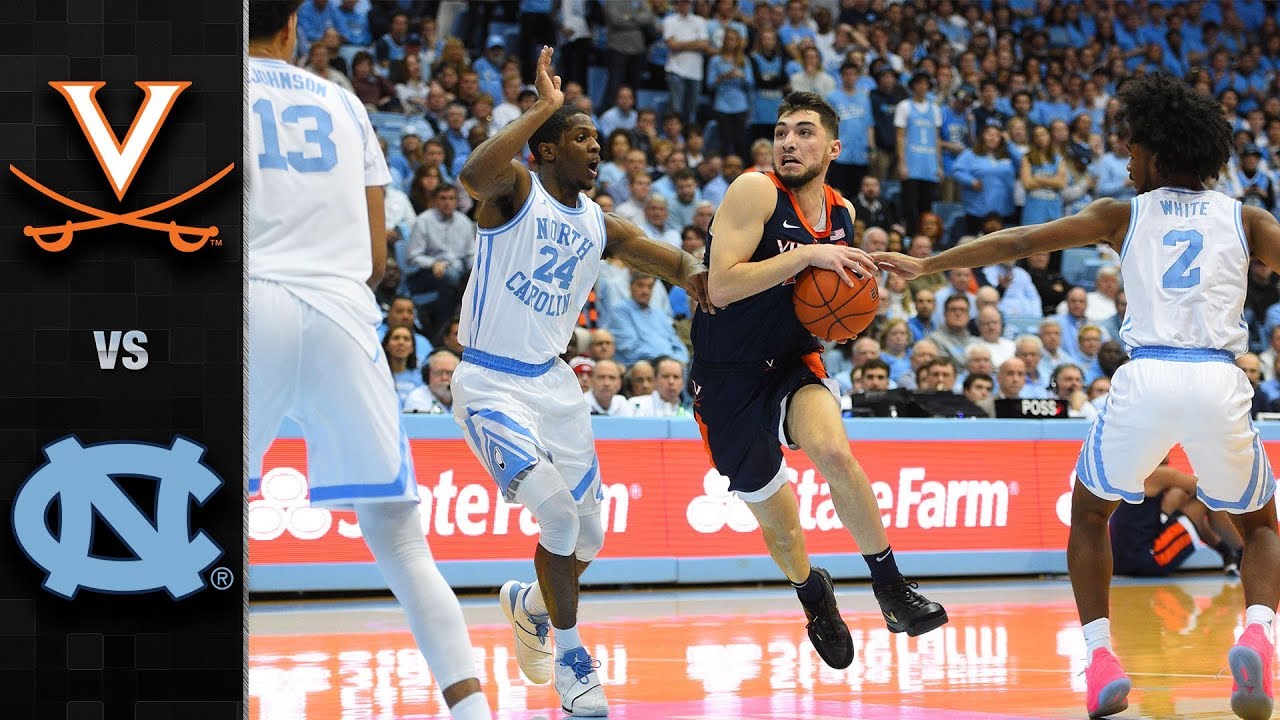 I guess the biggest question is how will North Carolina respond? Saturday’s matchup is just their third in the last three weeks after the Miami game was postponed. And they are coming off an emotional win over rival Duke that led to their current predicament. Since going 5-4 SU and 3-5-1 ATS in their first nine games, the Heels started to put things together. The win over Duke was their seventh in the last nine games and the payout gave them three covers in the last four games. They still have some WTF moments like a blowout loss at Clemson just before knocking off Duke. UNC is just 3-5 SU and 2-6 ATS on the road while posting an overall record of 12-6 SU and 7-10-1 ATS.

The Cavs continue to roll winning for the 10th time in 11 games by knocking of Georgia Tech  for the second time this season, 57-49, on Wednesday. After playing three of their last four games on the road, UVA looks to extend their winning streak over the Heels. The Cavs have won six straight at home over the Heels going 6-0 ATS. Since their upset loss to San Francisco in November the Cavs have lost just twice, falling to No. 1 Gonzaga and on the road against No. 20 Virginia Tech. UVA leads the ACC with a 10-1 record while going 14-3 SU and 9-7-1 ATS. 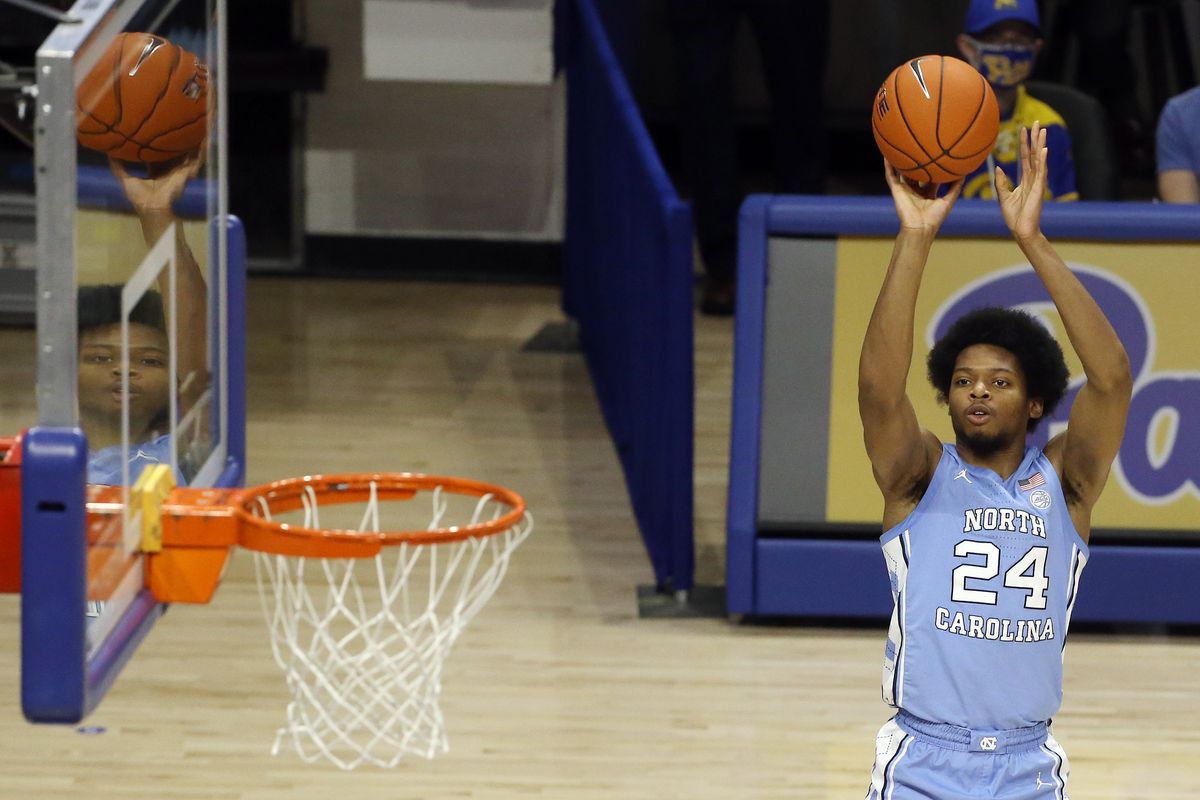 Some of the Tar Heels got a little overzealous following their 91-87 win over Duke. You can’t really blame them, but nowadays things need to be done a certain way. Their game with Miami scheduled for Monday was postponed and everything points to this matchup taking place. However, there could be some blowback against standouts Day’Ron Sharpe and Armando Bacot, the players front and center in the maskless video.

If one or both of those players miss the game due to contact tracing or discipline, it will seriously impact UNC’s ability to get an upset win. Bacot leads the team averaging 12.1 points while hauling down 7.4 boards. Sharpe leads the team with 7.8 rebounds per game while averaging nearly 10 points. The pair combined for 27 points and 15 rebounds while shooting 65 percent from the field against Duke.

Depth will certainly be a factor on Saturday. The Heels had six players reach double figures against Duke with freshman Caleb Love tossing in 26. Breaking the zone is a way to beat UVA and the Heels are coming off their best three-point shooting game of the season knocking down 10 of 15 triples against Duke. 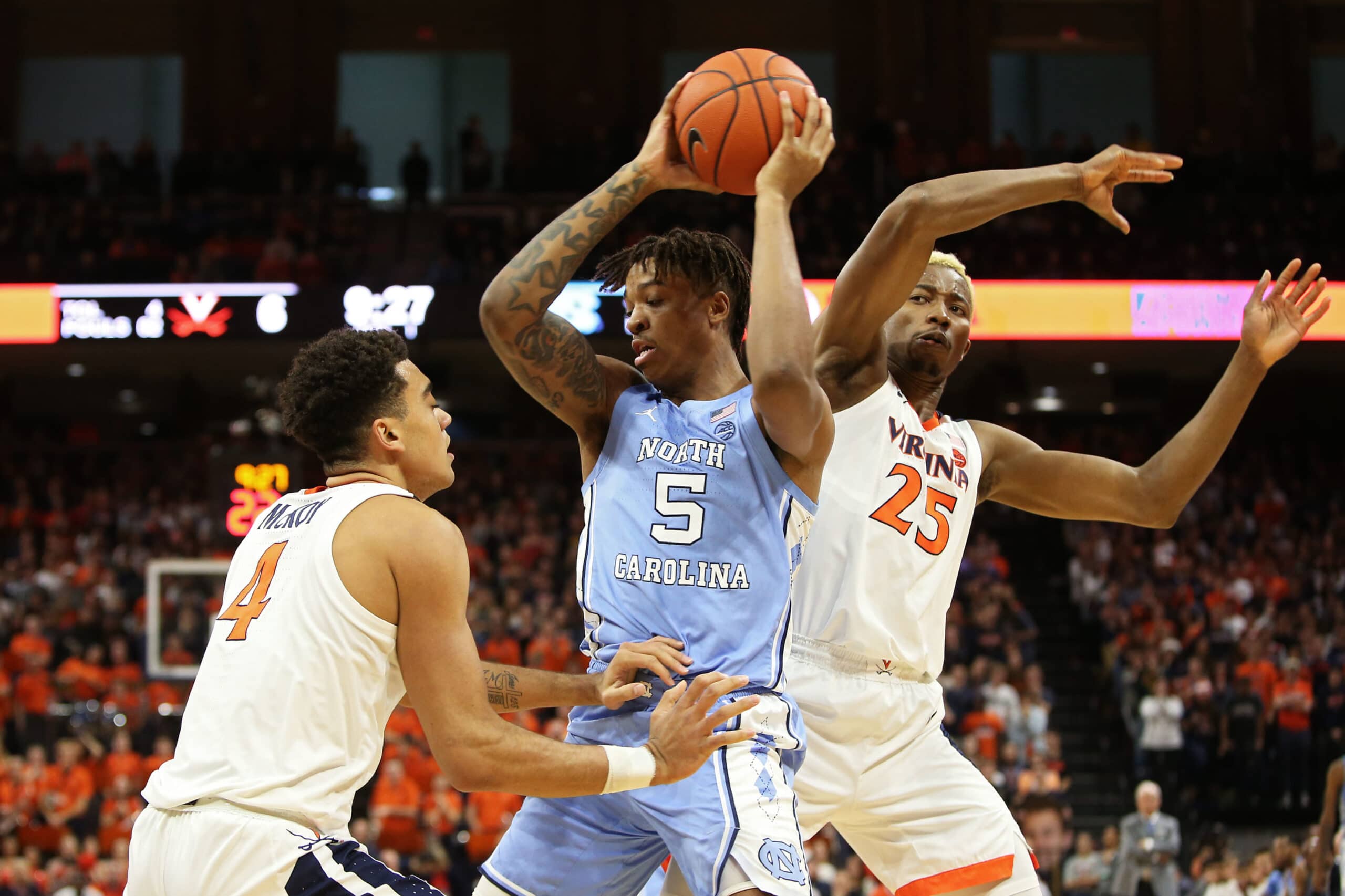 Maybe there are a few teams that play better defense than Virginia, but none of them do so in a conference as strong as the ACC. The league has tilted a bit with usual powers UNC and Duke both struggling, but it’s the ACC and the quality of play is always good. The Cavs showed off their defensive prowess last time out against Georgia Tech holding them to 36 percent shooting and 4 of 21 from behind the arc. They won the game 57-49 holding their fifth opponent to 50 points or less.

The defense will keep them in most of their games, but when the Cavs get production from the entire roster they are nearly unbeatable. With leading scorers Sam Hauser and Jay Huff held to a combined 14 points, Trey Murphy and Kihei Clark stepped up against the Yellow Jackets. Murphy tallied 18 points and Clark had as many three-pointers as Tech with four scoring a total of 14 points.

Let’s get back to the defense, and it’s been very good for several years. The Cavs are sixth in the nation allowing fewer than 60 points per game. And they’ve done a marvelous job in the last three home games against UNC allowing an average of 46.3 points and while not giving up more than 50 in any of them. That’s led to the UNDER going 3-0 in those matchups. 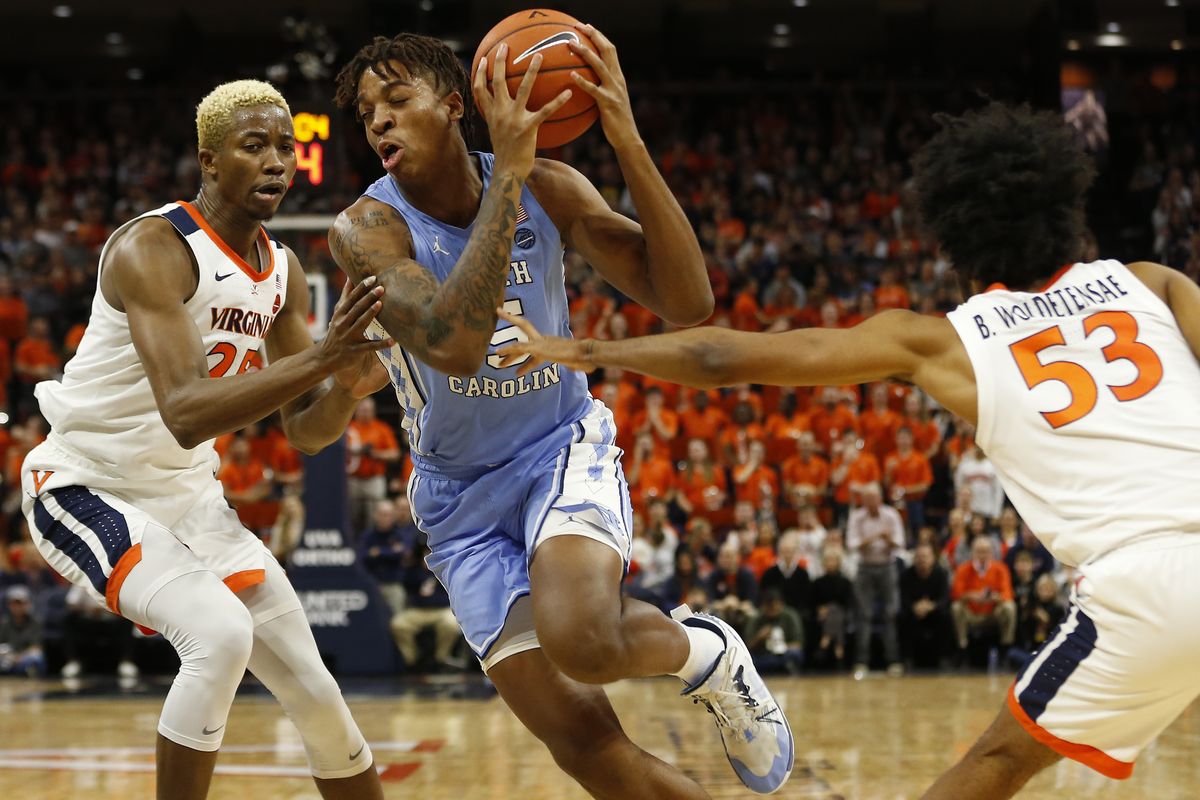 The total in last season’s game in Charlottesville was 113.5, and the teams still went below that number. That’s how the Cavs play and they’ve been extremely tough on UNC over the years. Don’t expect much to change, but you have to figure the total is in jeopardy of being too low this time around.