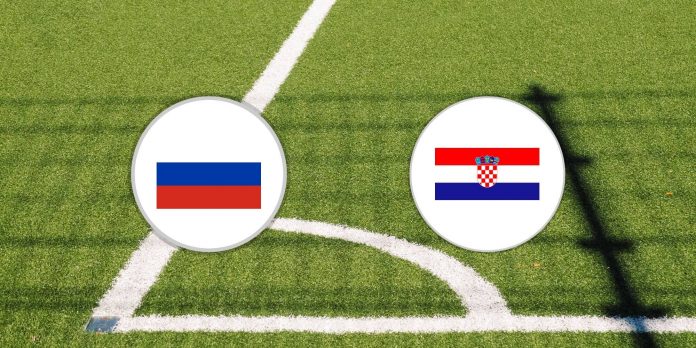 Russia has been whipped into a frenzy with the team making it to the quarterfinals of the prestigious tournament. Russia will aim to make it to the semifinals when it takes on Croatia.

It won’t be the easiest proposition as Croatia has a very talented team and is the favorite to come away with the win. This should be a great matchup as Russia will have the home crowd behind it but Croatia has a lot of talent up and down the roster.

The stakes don’t get too much bigger than this as the World Cup is getting close to crowning a champion and both Russia and Croatia expect to be in the running.

The Russia-Croatia World Cup quarterfinal match will be held at Fisht Stadium in Sochi, Russia. The match will take place on Saturday, July 7th, 2018, at 1 p.m. ET.

Croatia is entering this quarterfinal matchup as the +122 favorite on the moneyline, and it is receiving about 60 percent of the action to win the contest. Russia is listed as the +284 underdog while a draw is listed at +204.

Croatia is a .25-goal favorite on the spread and is receiving more than 75 percent of the action to cover. The goal total is listed at two, with the “over” the much more popular choice as nearly 90 percent of the bettors believe this is going to be a high-scoring affair in World Cup betting.

Croatia had a weird match in the Round of 16. Denmark jumped on top in the first minute with a quick goal, but Croatia fought right back just three minutes later to tie the contest at 1. Then there was no scoring throughout the rest of regulation and the extra time, forcing the match to a shootout. Croatia won that 3-2 to advance to the quarterfinals.

Russia also went to a shootout, knocking off France 4-3. The game was tied at 1 after regulation and extra time, as each team got a goal in the first half but didn’t score in the second. Russia took care of business in penalty kicks to pull off the upset and advance. It whipped its fans into a frenzy and they will be more than ready to be boisterous in this quarterfinal matchup.

Croatia has only allowed 2 goals in its four World Cup games, and never more than one goal in a game. When Denmark scored in the first minute Croatia seemed destined to allow more but the defense clamped down from there. Croatia has given up one goal each to Denmark and Iceland and shutout Argentina and Nigeria.

Croatia’s defense is among the best in the World Cup and it will aim for another clean sheet. The Russia offense has been up and down throughout the tournament, dominating against lesser-tier competition but struggling against the top countries. This will be a tough matchup.

Croatia has to deal with playing on the opponent’s home turf but it is clearly the better team. Take Croatia to hold possession for the majority of the time and convert on one of its chances and then clamp down on defense.

Russia has made a great run as the host team in the World Cup but it will end here as Croatia moves on to the World Cup quarterfinals.